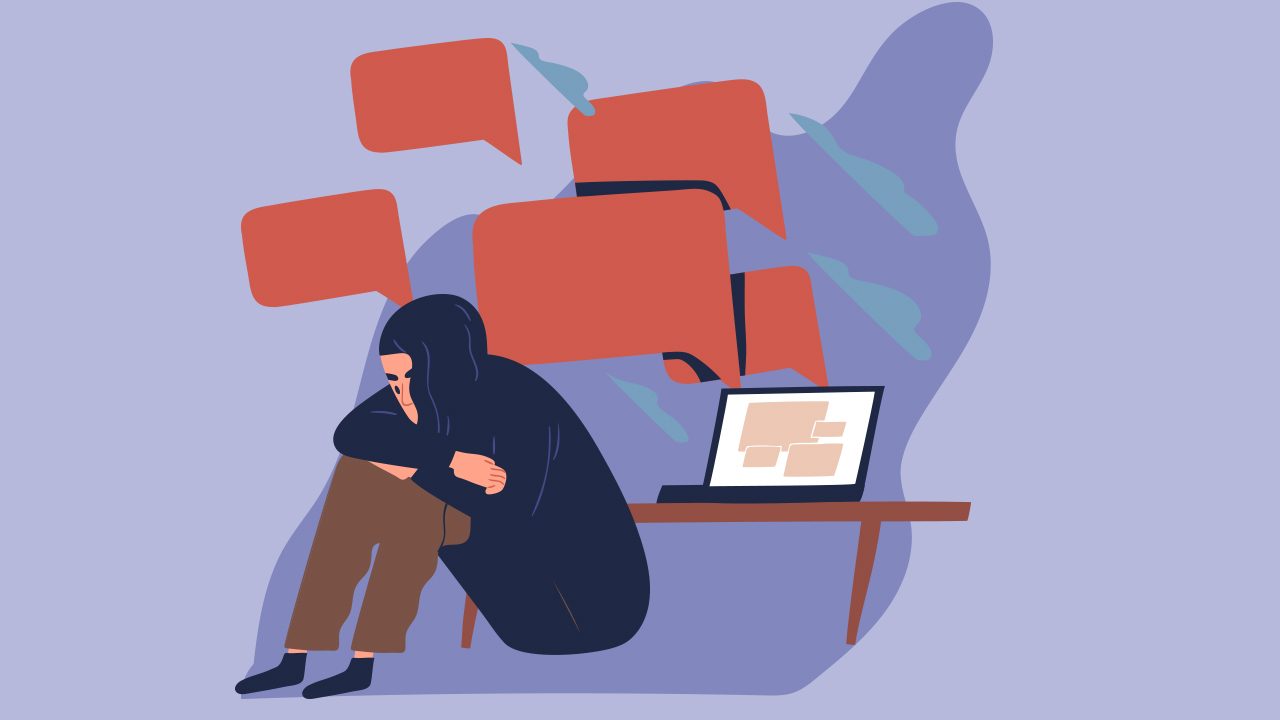 Facebook Twitter Copy URL
Copied
Plan International says that in a global pandemic and in an increasingly digital world, girls are 'more at risk than ever'

For young Filipinas, social media can be a battlefield.

17-year old Maria* has seen her friend be in the thick of it, as she received hate comments and got talked about in group chats simply because of “how she dresses and because she always puts make-up on.”

This is not an isolated case. More than half of young women and girls in the Philippines, have personally experienced some form of online harassment on social media platforms.

This is according to girls’ rights organization Plan International’s global research launched on International Day of the Girl, October 11. Titled “Free to be online? Girls’ and young women’s experiences of online harassment,” the report is based on survey and in-depth interviews with over 14,000 girls aged 15 to 24 in 31 countries.

500 girls and young women in the Philippines participated in the survey.

The findings of the report showed that 68% of girls and young women in the Philippines have experienced online harassment on social media. Majority of these girls also shared that the harassment happens frequently (50%) or very frequently (33%).

It has gotten to a point that there are more Filipino girls and young women facing online harassment than street harassment, with 43% of those surveyed agreeing that they or other girls they know have experienced this.

Eight out of 10, or 79%, said that they or other girls they know have received threats of sexual violence on social media. Further, majority (67%) of the Filipino girls and young women surveyed said that they were harassed by people they know.

In the report, a 17-year-old Filipina shared how her female friend often received hate comments and whose posts were often talked about in group chats regardless of what she shared online. She added how her friend kept being targeted online because of “how she dresses and because she always puts make-up on.”

According to the report, 39% of respondents worldwide said online harassment happened the most on Facebook, followed by Instagram at 23%.

It added that most girls worldwide first experience social media harassment between the ages 14 to 16.

The report showed that girls and young women who come from an ethnic minority, identify as LGBTQ+, or live with a disability are more vulnerable to online violence.

With communities under quarantine due to COVID-19, girls and young women are spending more time at home and on the internet, especially as they try to keep up with their education via online classes.

“The high incidence of online violence against girls and young women is alarming. In this global pandemic and in an increasingly digital world, girls are more at risk than ever,” said Mona Mariano, Gender Specialist of Plan International Philippines.

Some girls and young women are seeing lower self-esteem, losing confidence, or experiencing mental or emotional stress due to online harassment.

Plan International said majority of the girls and young women surveyed believe the COVID-19 pandemic “has made being online more important, but falling victim to online violence has been limiting their freedom of expression, driving them out of digital spaces, and leaving them emotionally stressed and feeling unsafe.”

“We must understand that it may also impact girls’ lives offline. Experiencing harassment or abuse online may take a huge toll on a girl’s confidence and wellbeing… Online violence is disempowering girls. They’re being shut out of a space that plays an important part in fulfilling their potential to thrive and become leaders,” Mariano added.

To help address this, Plan International is leading the #FreeToBeOnline global campaign, which calls on governments, private sector, civil society and communities to help in ending online violence and upholding digital rights and freedom of girls and young women.

The global research and campaign are part of Girls Get Equal, Plan International’s movement “for a world where girls and young women have the power to be leaders and shape the world around them.” – Rappler.com

*Name has been withheld in Plan International’s report for privacy