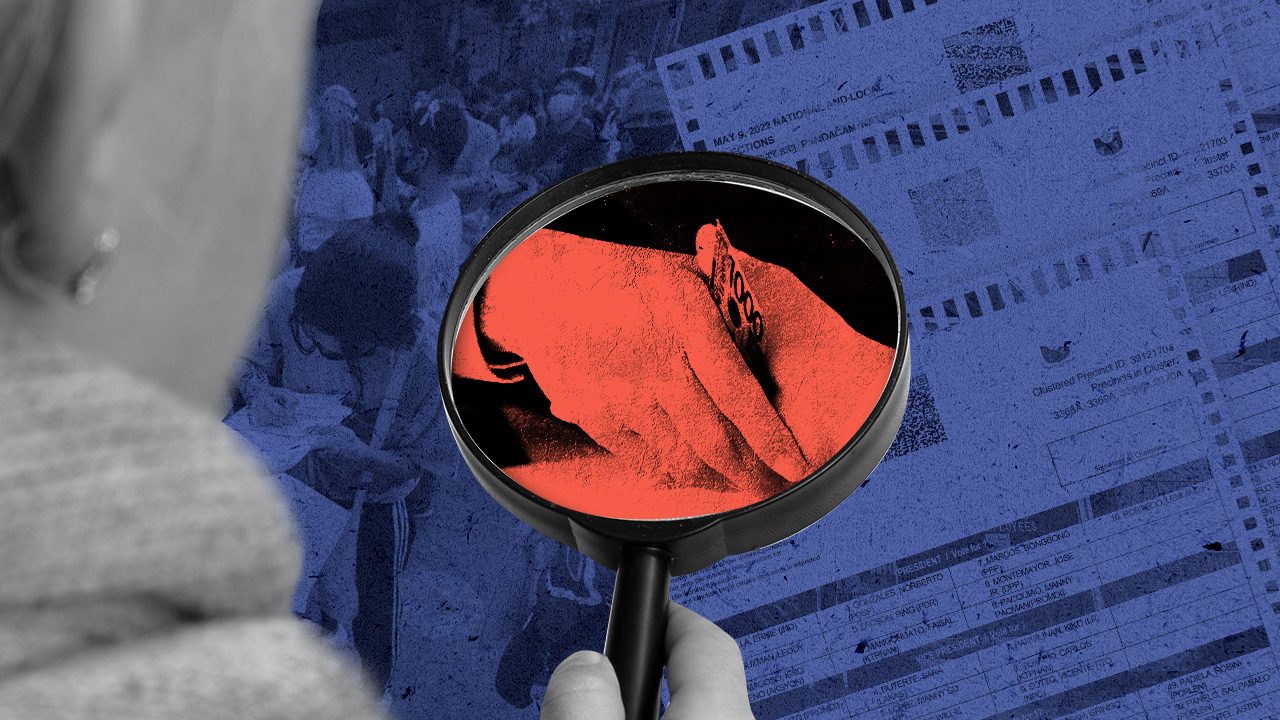 MANILA, Philippines – As Filipino voters cast their ballots on Monday, May 9, they must also protect and safeguard their votes.

What can individuals do if they witness any form of violation or irregularities on election day?

(When the election comes, let us watch and make sure that there are no violations, no vote-buying happening. If we ever see a violation, the first instinct we should have is to document using our cell phones, take photos and videos.)

The election lawyer encouraged voters that one of best ways to document incidents is by using cameras, cellphones, and CCTVs to capture as much photo and video evidence as they can in the face of voter violation incidents and to report them immediately.

When reporting incidents, don’t forget to include the following details:

To ensure a fair election, MovePH and its partners are crowdsourcing and verifying cases of vote buying and vote selling, campaign offenses, election-related violence, technical glitches, and other election-related problems in the 2022 national elections. MovePH is also encouraging the public to refrain from amplifying secondhand information and unverified reports online – especially if they’re shared or posted anonymously.

Here’s a list of groups where you can report election offenses:

You may send reports or any election-related irregularities directly to MovePH’s #PHVoteWatch form. Complainants will need to provide their information for further verification of their reports.

Online users may also submit reports by composing a tweet or posting about the incident on Twitter or Facebook with the hashtag #PHVoteWatch in their posts.

Make sure to provide details about the incident, including the type of election violation, the concerned parties, and where the incident happened. Include photos or videos as proof to the report. We encourage first-hand and verified reports.

Once received, MovePH point persons will reach out to the provided contact number of the voter who sent the report as part of the verification process. (READ: #PHVoteWatch: Report vote-buying, other election violations in 2022 polls)

Election offenses can be reported to the closest office of the Philippine National Police (PNP), or directly to your local Comelec office.

You can also report voter violations directly to Comelec online through the email sumbongko@votesafe.ph, or posting the incident on Twitter with the hashtag #SumbongKo.

iDEFEND, a human rights movement campaigning for social justice, launched a website for election violations. Reports from the information gathered will be shared with the Commision on Human Rights (CHR). You may send reports for any election-related issues through iDefend’s election violence form, or scanning the QR code in the post below. For further inquiries, you may also contact iDefend through their email iDEFENDofficial@gmail.com.

Kontra Daya is a campaign led by various organizations and individuals committed to opposing election fraud during the election period. The coalition is crowdsourcing reports for any election frauds through their incident report form.

Facebook or Twitter users can also submit their reports to Kontra Daya by using the hashtags  #KontraDaya and #VoteReportPH in their posts or tweets.

The Legal Network for Truthful Elections (LENTE) launched its Election Monitoring initiative across 17 regions in the country to strengthen its advocacy on ensuring a safe, accountable, transparent, and inclusive conduct of the May 9, 2022 national elections.

The focus of LENTE’s monitoring activities is the implementation of May 9 elections procedures, including health and quarantine protocols, the voting experiences of persons with disabilities (PWDs), the elderly, indigenous peoples (IPs), and persons deprived of liberty.

To volunteer for the elections and for any of these efforts, email us through move.ph@rappler.com. – with reports from Andrea Abadia and KC Perez/Rappler.com

Andrea Abadia is a Rappler volunteer from University of the Philippines Cebu. She is a junior majoring in Bachelor of Arts in Communication.

KC Perez is a Rappler volunteer from the University of the Philippines Diliman. She is a junior taking up a Bachelor of Arts Degree in Philippine Studies, Major in Philippine Literature and Broadcast Media Studies.