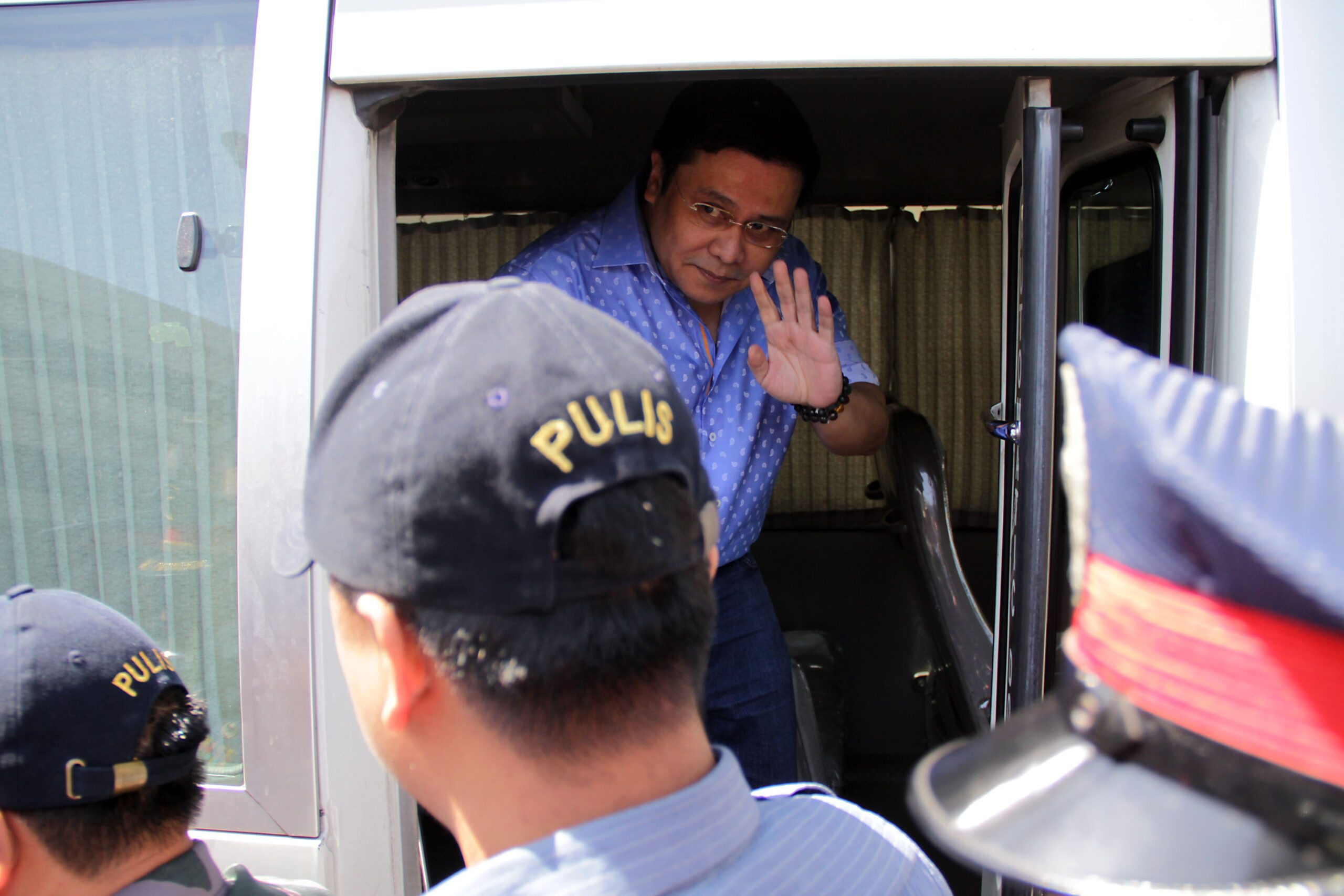 Facebook Twitter Copy URL
Copied
The pain in his left knee has been persistent despite rest and medication over the holidays, the detained senator's motion says

In a motion submitted to the anti-graft court’s Fifth Division on Friday, January 6, Estrada cited pain in his left knee and requested to have X-ray and MRI tests taken at the private hospital in his hometown.

This time, Estrada’s motion said, pain in his left knee worsens when getting up after sitting. He was seen by Cardinal Santos’ Dr. Jose Syquia inside his detention cell at the PNP Custodial Center just before New Year and noted that he might have a patello femoral pain syndrome.

The senator appealed to undergo tests as soon as possible and said he will shoulder the expenses of his escort and security detail.

The last time that Estrada was let out of his cell was last May when Sandiganbayan approved his motion to cast his vote for the national elections from his local precinct in San Juan.

All in all, the Fifth Division had approved his requests for time-out from detention 6 times. (READ: Let out of detention? Is the Sandiganbayan consistent?)

Here is a list of his furlough requests so far:

October 2014
To visit the cemetery for All Saint’s Day
Decision: DENIED

December 2014
To spend the holidays with his family in San Juan
Decision: DENIED

February 2015
To attend mass at his San Juan church for his birthday
Decision: DENIED

April 2015
To have checkup at Cardinal Santos for painful shoulder
Decision: GRANTED

August 2015
To have checkup at Cardinal Santos for light headedness and acid refluxes
Decision: GRANTED

May 2016
To vote in the elections
Decision: GRANTED

May 2016
To attend last office days in Senate
Decision: DENIED

The senator is detained for plunder and graft charges for allegedly receiving kickbacks from his Priority Development Assistance Fund (PDAF) in an intricate scheme now known as the pork barrel scam. (READ: Pork Tales) – Rappler.com