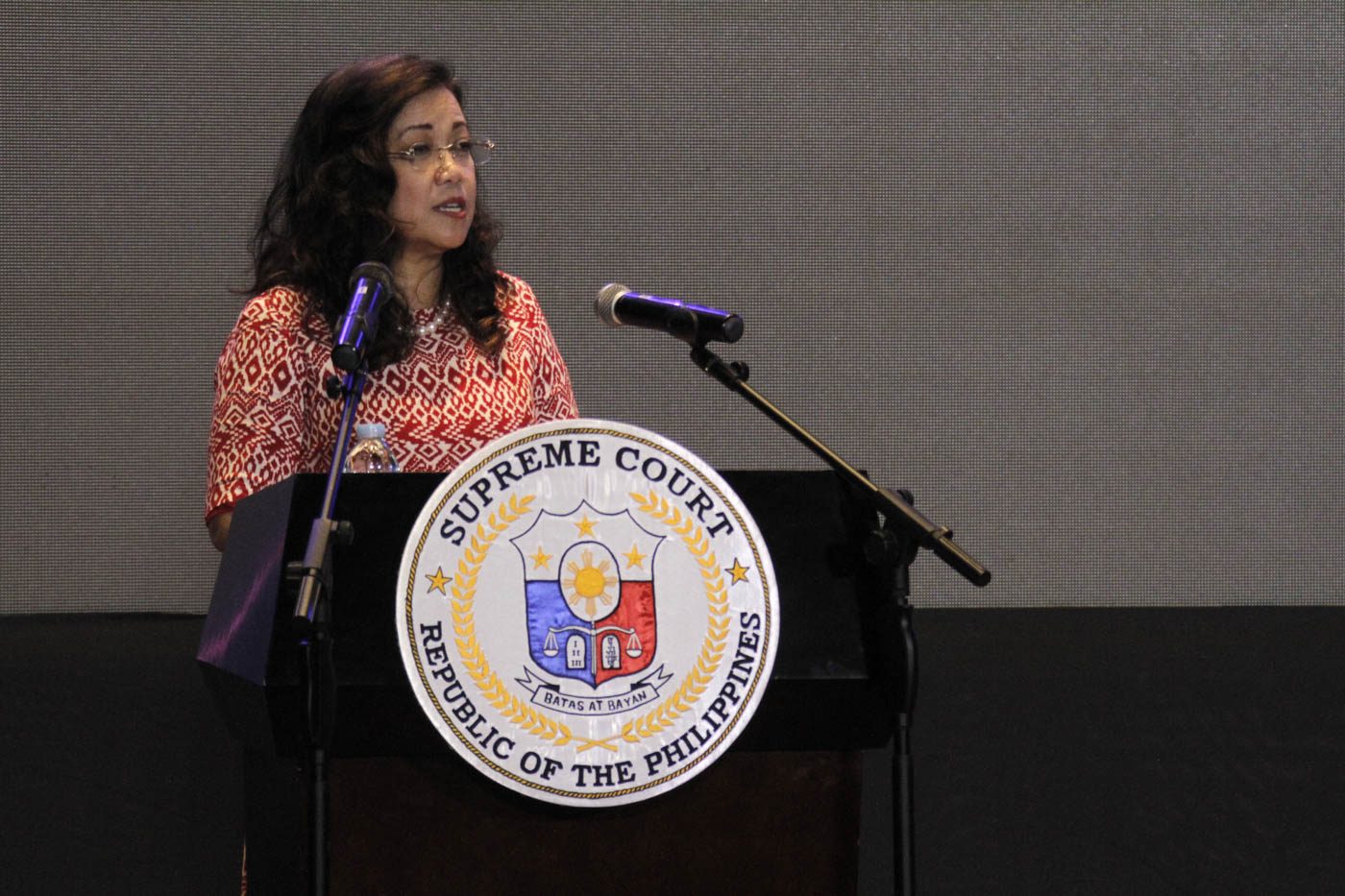 MANILA, Philippines – Former senior government officials expressed their support for Supreme Court (SC) Chief Justice Maria Lourdes Sereno as the House committee on justice prepared to hear the impeachment complaint filed against her because of alleged excessive use of court funds, and unilateral decisions in the High Court.

“We believe the impeachment complaint at the House of Representatives is an insidious attempt to immobilize and weaken the very institutions that our Constitution put in place to check on excesses in executive power,” said the groups Former Senior Government Officials (FSGO) and International Center for Innovation, Transformation and Excellence in Government (INCITEGov) in a statement released on Tuesday, September 12.

The former officials said Sereno’s impeachment attempt is part of a bigger attack against other bodies of government. (READ: ‘Do not be afraid to be minority’: Chief Justice Sereno, 5 years on)

“We see this as part of a bigger strategy to compromise the Commission on Human Rights, the Office of the Ombudsman and the Commission on Elections – all constitutional bodies designed to serve as checks and balances of governance,” the groups said.

The groups said Sereno is now targeted because she was seen as a hindrance to the Duterte administration agenda because “she consistently advocates and upholds the rule of law, due process and human rights.”

“We ask everyone to request their Congressional representatives to be critical of the impeachment complaint and the chilling effect it has on conscientious objectors, dissenters and well-meaning citizens who speak out against the travesty of law, justice and our rights to be free from harm and live in peace,” the groups said.

House justice committee will beging hearing on Wednesday, September 13 whether the complaints are sufficient in form and substance, and if there is probable cause to move them forward.

The first complaint was filed by former Arroyo lawyer Larry Gadon, which had the endorsement of 25 House members. Among Gadon’s grounds are Sereno’s travel expenses and allowances and alleged failure to disclose all assets in her Statement of Assets, Liabilities, and Net Worth (SALN).

The late former chief justice Renato Corona was impeached for misdeclarations in his SALN.

Volunteers Against Crime and Corruption (VACC) and the Vanguards of the Philippine Constitution filed the second complaint after the groups secured the endorsements of 16 lawmakers.

VACC has also threatened to file an impeachment complaint against Ombudsman Conchita Carpio Morales on basis of her alleged selective justice and delays in resolving cases. A verified impeachment complaint has been filed against Commission on Elections (Comelec) chief Andres Bautista after his estranged wife’s exposé that the polls chief may have P1 billion worth of unexplained wealth.

The House, on the other hand, only approved a P1,000 budget for 2018 for the Commission on Human Rights (CHR). – Rappler.com