Sep 25, 2017 9:10 PM PHT
Camille Elemia
Facebook Twitter Copy URL
Copied
John Paul Solano, among the primary suspects in the death of Horacio Castillo III, says he followed the order because he was 'very rattled' at the time 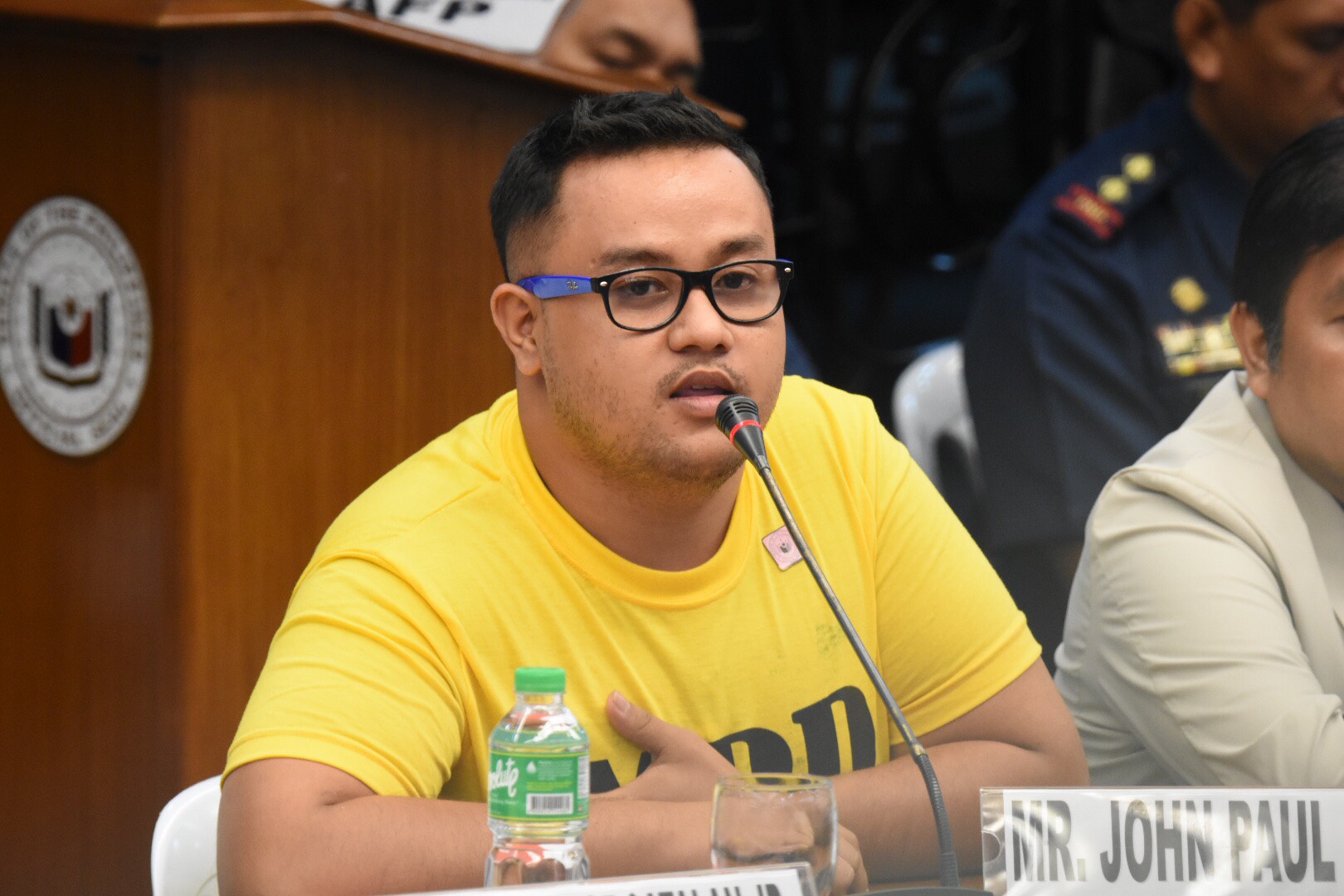 MANILA, Philippines – One of the primary suspects in the killing of University of Santo Tomas (UST) freshman law student Horacio Castillo III claimed a fraternity brother asked him to lie to police about where he found Castillo’s body.

John Paul Solano made the claim during a Senate public order committee hearing on Monday, September 25.

Solano earlier told police that he found Castillo dumped on a pavement in Tondo, Manila and immediately brought him to the Chinese General Hospital.

It was, however, later on found that Solano is a member of the Aegis Juris fraternity, which had recruited Castillo.

Senator Grace Poe asked Solano to narrate what he knows about Castillo’s death.

He admitted bringing Castillo to the hospital, together “with some frat members.”

“Bakit ikaw lang na-identify? So ikaw lang ang nagtagal sa ospital? (Why were you the only one identified? So you were the only one who stayed at the hospital?)” Poe asked Solano, who then answered in the affirmative.

Asked why he gave conflicting statements to authorities, Solano said: “Ang totoo po (The truth is), your honor, they told me to say it.”

Solano answered: “A frat member that I would include in my affidavit.”

He added that he would not yet reveal others’ names as he is still preparing his affidavit. (READ: Facebook Messenger chat may give clues to Castillo’s hazing death)

In a separate questioning by Senator Sherwin Gatchalian, Solano reiterated he was asked to lie. He said he followed the order because he was “very rattled” at the time.

“They told me to tell that story. I was very rattled that time. I’m very confused on what to do. So I just followed,” Solano said.

Solano claimed he did not know Castillo, as he was no longer enrolled in UST and no longer active in the fraternity.

He said his fraternity brothers called him on Sunday morning, September 17, while he was at home in Caloocan City, urging him to go to the “frat library” in Manila.

“I did not proceed right away. Some frat member called again. I didn’t ask why,” Solano said.

“They just told me someone collapsed,” he added.

He then went to the frat library and saw Castillo lying on the floor, not breathing. He said he performed cardiopulmonary resuscitation. (READ: Atio’s parents to Aegis Juris: You treated our son ‘like an animal’)

Solano also claimed he did not witness the actual initiation rites, to which Poe said: “Gusto ko maniwala na ginagawa ka ring biktima rito (I would like to believe that you’re just a victim here, too).”

Solano surrendered to Senator Panfilo Lacson on Friday, September 22, and was immediately turned over to the Manila Police District.

Hours ahead of the Senate hearing on Monday, he was charged with murder, perjury, obstruction of justice, and robbery before the Department of Justice (DOJ).

Another suspect, Ralph Trangia, already fled the country, heading for the United States via Taiwan. – Rappler.com