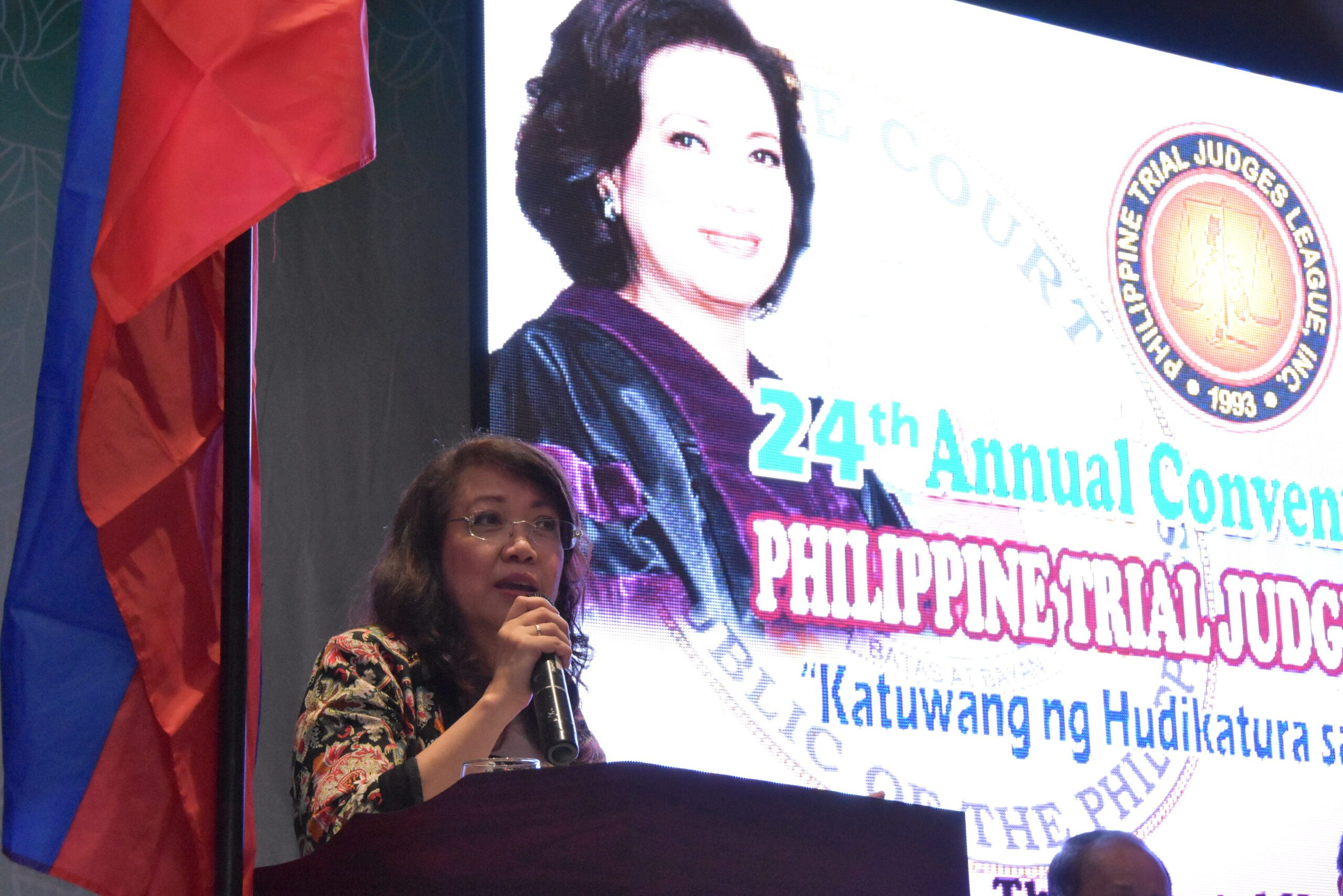 Facebook Twitter Copy URL
Copied
Chief Justice Maria Lourdes Sereno cites the House's own rules on impeachment proceedings, and adds it is her 'basic right' as a respondent

MANILA, Philippines – The camp of Supreme Court (SC) Chief Justice Maria Lourdes Sereno sent a follow-up motion to the House justice committee on Monday, October 23, requesting that they be allowed to cross-examine the witnesses who will be presented in the impeachment complaint against her.

The first requests were sent on September 28 and October 3 but the committee declined to resolve those, saying they are not “in the form of motions.”

But Sereno said impeachment proceedings do not have rules on motions.

House justice committee chairman Reynaldo Umali earlier told media that if Sereno wants to cross-examine witnesses, she will have to do it herself.

The 3 requests so far have been to urge the committee to confirm the Chief Justice’s “constitutionally guaranteed rights to confront witnesses against her, to be heard by counsel.”

Sereno cited Section 6 of the House’s own Rules of Procedure in Impeachment which states: “The Committee, through the Chairperson, may limit the period of examination and cross-examination.”

Sereno said the committee should “respect her basic rights” as a respondent in an impeachment proceeding.

The Sereno camp earlier said it would be a dangerous precedent to bar cross-examination.

Sereno also noted that complainant Larry Gadon has not objected to the request.

The House justice committee found sufficient grounds in Gadon’s impeachment complaint against Sereno, which alleges undeclared assets, excess use of SC funds, and acts not authorized by the SC en banc.

Sereno’s top-rated lawyers have repeatedly said the allegations do not constitute impeachable offenses. They also insist that Sereno declared what remained of the cash assets she earned from the Philippine International Air Terminals Company Incorporated (Piatco) case.

All the properties she bought with that income was also declared, her lawyers said. (READ: Will SALN pin down Sereno? ‘A non-issue,’ says her spokesperson)

Gadon has dared the Chief Justice to sign a bank waiver to settle the issue, but her lawyers said the general provision indicated on Statement of Assets, Liabilities, and Net Worth (SALN) forms already authorizes the Ombudsman to look into officials’ wealth.

In a convention of trial court judges in Palo, Leyte on October 11, Sereno said members of the judiciary should not be distracted by the impeachment proceedings.

“The greatest demonstration of support you can give me is to stay true to your oaths. Remain steadfast in the conduct of your duties. Zone out the politics and decide on your cases with openness, sobriety, and fairness,” the Chief Justice said.

Sereno added that she has “enough faith in our people and in our democratic system to know that narratives built on lies will eventually crumble.” – Rappler.com