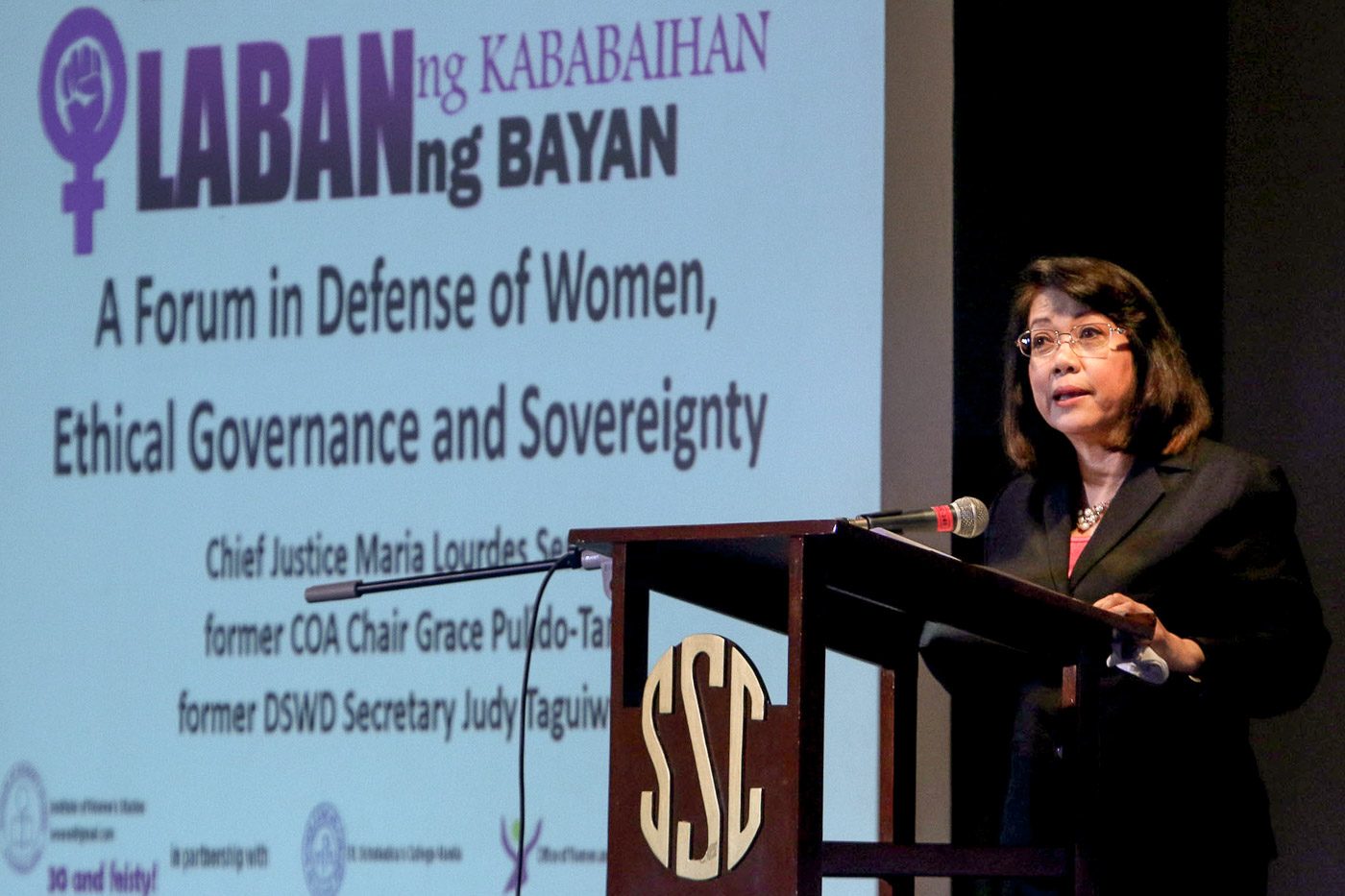 Facebook Twitter Copy URL
Copied
How will the House committee on justice tackle probable cause in the complaint?

MANILA, Philippines – The House committee on justice will hold their final deliberation and vote on an impeachment complaint against Chief Justice Maria Lourdes Sereno on Thursday, March 8.

But the outcome of the “impeachment committee” hearing and eventual vote, slated to start in the morning at the Batasang Pambansa, is all but expected.

House leaders, including committee chairman Reynaldo Umali, have long said they believe there was more than enough basis to impeach the head of the judiciary.

Why does this matter? Determination of probable cause is the fourth and final step of the impeachment process, at least at the level of the House panel.

Should majority of the committee vote in favor of deeming the complaint having probable cause, that means that the panel will recommend Sereno’s impeachment. The committee report – which will contain the Articles of Impeachment – will be sent to the House plenary for voting.

If at least one-third of the House votes in favor of a report that recommends Sereno’s impeachment, she is deemed impeached. In that case, Sereno will be the second official impeached by the 17th Congress. The first was former Commission on Elections chair Andres Bautista who was impeached on October 11, 2017.

The Articles of Impeachment will then be sent to the Senate, which will judge Sereno as guilty or innocent. Only Congress has the power to remove certain officials via impeachment.

It spent much more time in deliberating on probable cause. The hearings have featured testimonies from no less than personalities from the Supreme Court, including associate justices.

It has not been an easy few months for Sereno or the judiciary as a whole. Associate justices have openly questioned her leadership, decision-making, and have even accused her of manipulation and treason.

Sereno has since taken a leave from her post, after a Supreme Court en banc “consensus.”

What are the allegations? Gadon accused Sereno of bypassing the en banc, misdeclarations in her Statement of Assets, Liabilities, and Net Worth (SALN), and abusing her privileges as Chief Justice, among others.

But other allegations have emerged in the course of probable cause hearings.

Lawmakers, for instance, discovered that Sereno apparently failed to file her SALN several times during her stint as a law professor at the University of the Philippines. This is among the most serious of the allegations against her, according to lawmakers.

The Bureau of Internal (BIR) revenue recently found possible discrepancies in Sereno’s fillings, after the committee ordered it to check possible irregularities.

How will the committee tackle the complaint? Umali said they will discuss Gadon’s allegations one by one. They may also merge allegations as one ground for impeachment.

The committee and its members will then vote on each ground, thereby forming the Articles of Impeachment.

The committee has 50 regular members and counts all House leaders as its ex-officio or automatic members. In order to reach a majority, however, only 25 votes are needed.