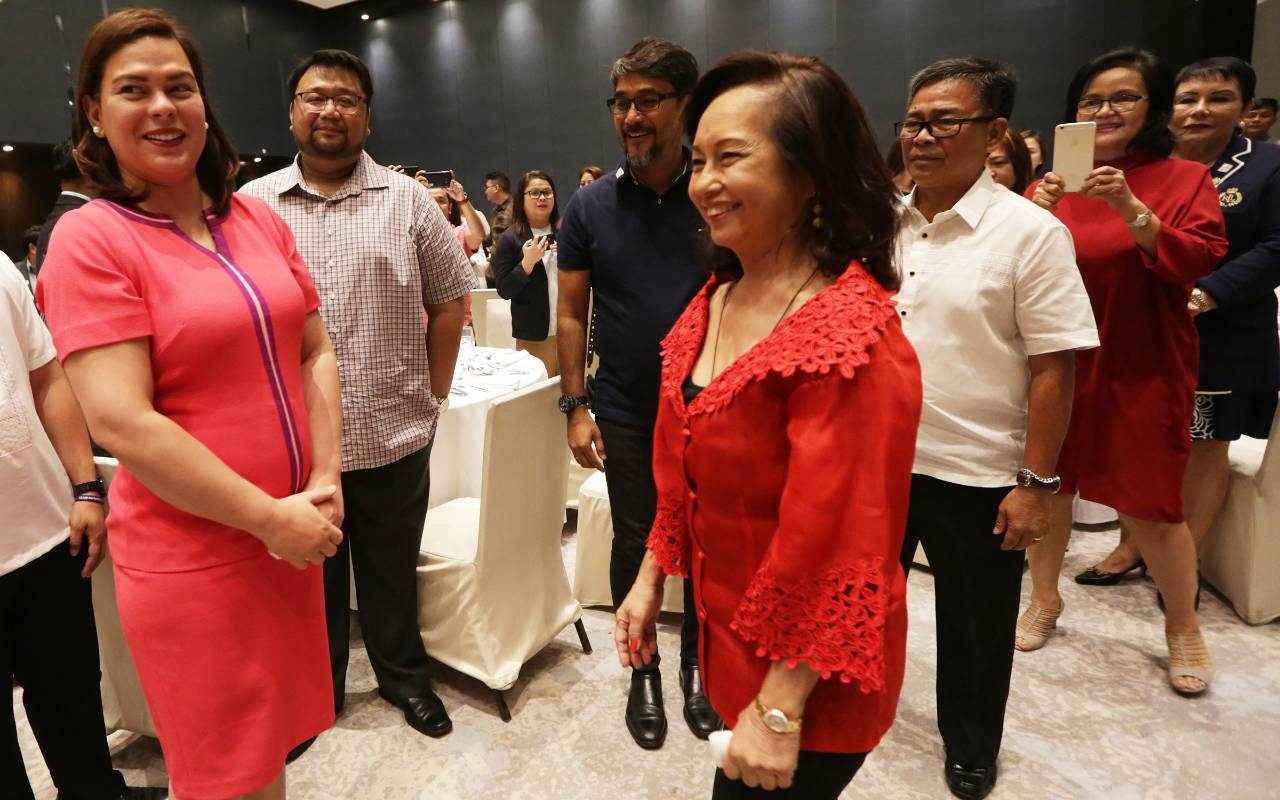 Arroyo had called for the meeting in a hotel in Quezon City as as gesture of appreciation to politicians who supported her bid for the speakership.

Pictures showed Arroyo and Duterte wearing red during the event.

“It was a just a thank-you lunch… [It was a] private social lunch,” Arroyo told reporters after the meeting.

Deputy Speaker Rolando Andaya told Rappler it was Arroyo who had called for the meeting. But Quezon 3rd District Representative Danilo Suarez said it was Carpio who had organized the meeting.

Carpio, however, refused to comment on her attendance during the meeting when asked by Rappler

Asked if Marcos was also present during the meeting, Andaya said, “Yes, she was there.”

Negros Occidental 3rd District Representative Alfredo Benitez said it was only Arroyo who spoke during the lunch.

“Speaker Arroyo thanked those who supported her…. It was more about telling everybody, let’s all get back to work and let us follow the legislative agenda of the President,” said Benitez in Filipino.

Arroyo, former president and now Pampanga 2nd district representative, became the new leader of the House of Representatives after the ouster of her Davao del Norte 1st District Representative Pantaleon Alvarez last week, moments before President Rodrigo Duterte was to deliver his State of the Nation Address.

Duterte Carpio and Marcos both played crucial roles in Arroyo’s rise as Speaker. (READ: The women behind the fall of Alvarez) 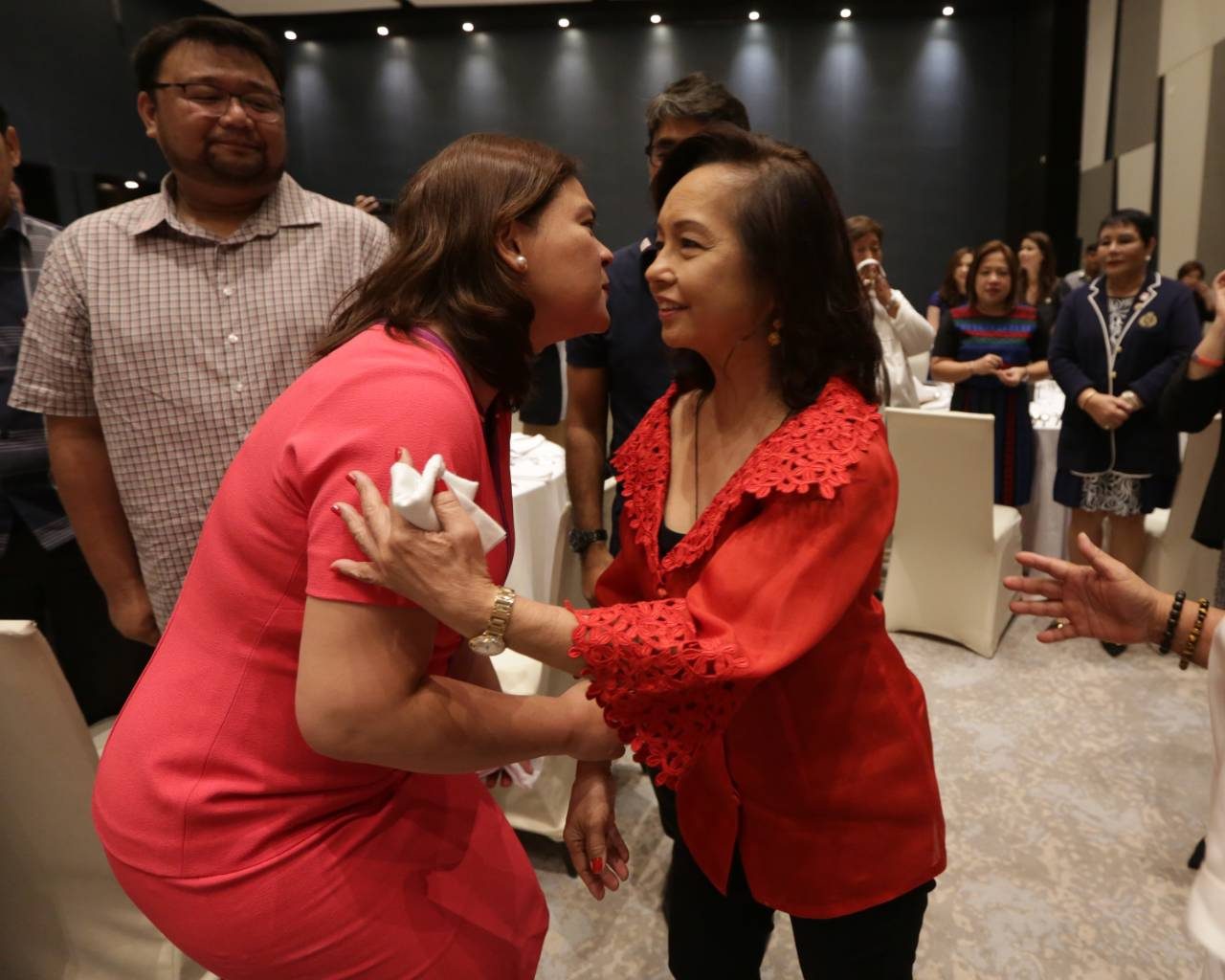 The former speaker earned the ire of the presidential daughter after Alvarez reportedly accused her of forming HNP without the blessing of her father, and called Carpio, who is also mayor of Davao City, part of the opposition.

Both Duterte  Carpio and Marcos, however, have remained tight-lipped in their involvement in the Alvarez ouster plot. – Rappler.com