Duterte may appoint Honasan DICT chief as early as Nov 12 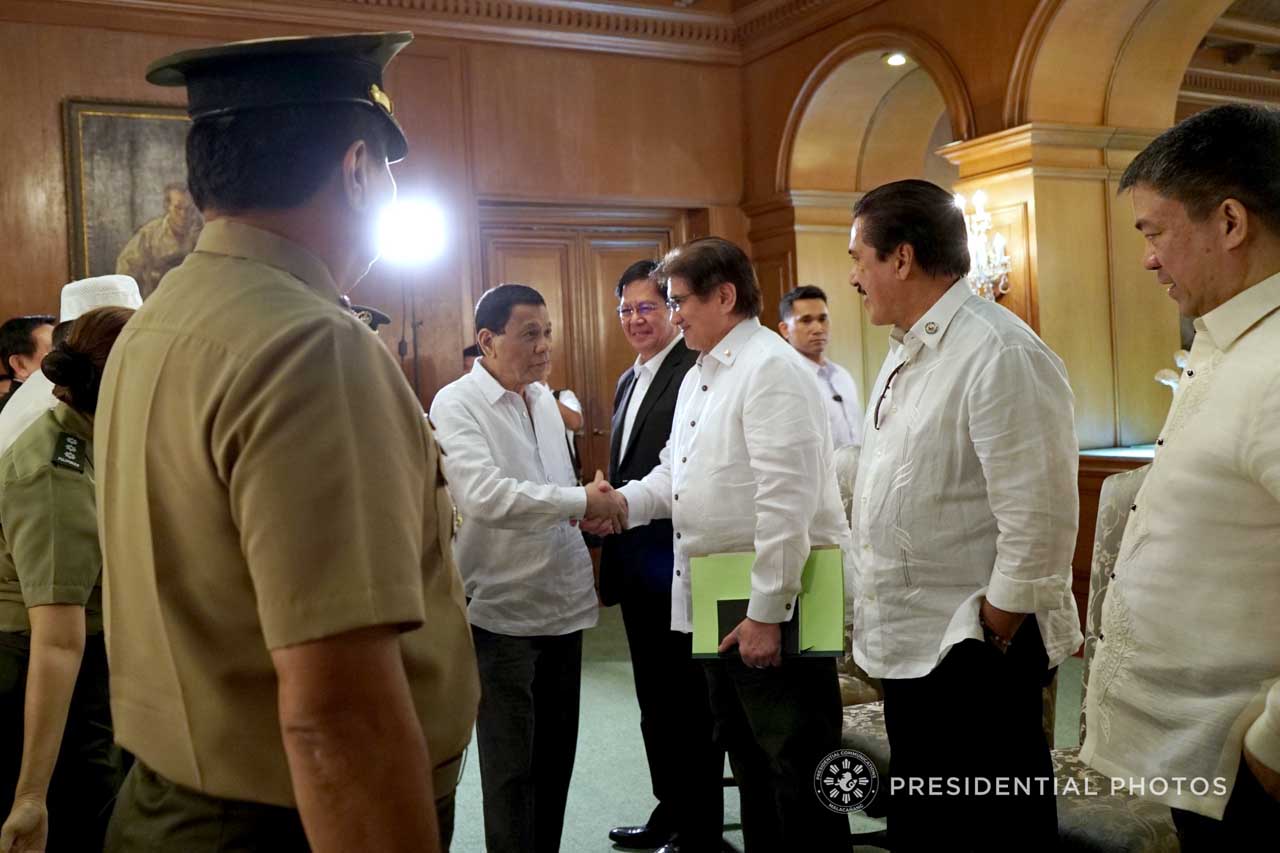 MANILA, Philippines – President Rodrigo Duterte is set to appoint Senator Gregorio Honasan II as the new secretary of the Department of Information and Communications Technology (DICT) when sessions resume on Monday, November 12.

Sotto said Duterte had long offered the post to Honasan but “it was put off because we are thinking that we need [him] in the Senate.”

Honasan, however, would be able to retain his post as senator pending confirmation by the Commission on Appointments.

(It was discussed if Greg could start on November 12 so it would be a nomination and not an ad interim appointment. He can only resign once he’s confirmed and has taken oath.)

“When we resume next week he would still be in the Senate,” he added.

In the latter, the appointee may immediately assume the role, and confirmed later on.

But in the case of Honasan, it would be a nomination. Sotto said Honasan would follow a regular appointment so he would still be able to perform his duties as a senator pending confirmation.

Sotto said the CA would likely confirm Honasan before Congress goes on Christmas break. Traditionally and as “courtesy,” Sotto said CA members are lenient towards appointees who are former members of the Senate.

“He would be an asset in the DICT kasi ang malaking factor doon ang (because a big factor there is) national security, even the entry of third telco,” Sotto said.

From 24 down to 21 senators: With the impending departure of Honasan, the number of active senators would be down to 21 by yearend. Detained Senator Leila de Lima could not participate in voting while former senator Alan Peter Cayetano left the chamber in 2017 to head the Department of Foreign Affairs.

Sotto downplayed this setup, saying this would be the case only until June 2019, when 12 newly elected senators join them.

Why not wait for term to be over? Sotto said there might be “more complications” when an acting head continues to head the DICT.

Honasan’s entry as DICT chief would mean another former military man in the Duterte administration. Duterte had earlier justified the “militarization” of his administration, saying he preferred former soldiers as they followed orders and hardly debated with him.

Asked if Honasan, a former soldier, would just say yes to his superiors, Sotto only said: “May ganoong mentality talaga ang pananaw ‘pag (There really is such mentality when it comes to) military man. They follow orders then later they can ask questions.”

Honasan is a 4-term senator who graduated from the Philippine Military Academy (PMA) in 1971.  (READ: 10 things to know about Gringo Honasan)

In 2006, Honasan went into hiding after he was charged for rebellion for supposedly leading the 2003 Oakwood mutiny and the 2006 foiled coup attempt against the Arroyo administration. The charges against him  were dismissed in 2007, just a few months after he won as senator in the May poll. – Rappler.com