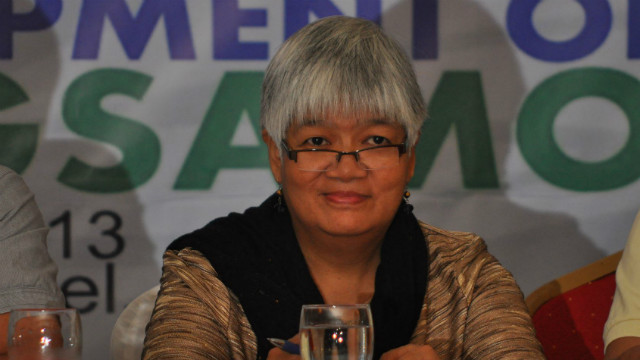 MANILA, Philippines – The arrest of Davao Today columnist Margarita Valle on Sunday, June 9, was a case of mistaken identity, according to the Philippine National Police (PNP).

PNP spokesman Colonel Bernard Banac said 61-year-old Valle is set for release after a witness confirmed she only has a “major resemblance” to the actual suspect.

“Upon arrival of the witness who physically identified the subject, witness further averred that the suspect has major resemblance but is not the actual suspect who is the subject of the warrant,” Banac said.

Valle was arrested by cops and soldiers at the Laguindingan Airport in Misamis Oriental on Sunday based on arrest warrants for charges of “multiple murder with quadruple frustrated murder,” destruction of government property, and arson.

The Davao City chapter of the National Union of Journalists of the Philippines (NUJP) condemned the arrest, saying it shows the “possibility that journalists working in communities may be a future target of the threats, harassment, and killings as Mindanao remains under the power of martial law.”

Valle, according to the NUJP, is a seasoned journalist with “vast experience in reporting various issues in Mindanao,” including advocating for human rights and peace development.

The group blamed the Duterte administration for Valle’s arrest and other recent attacks on journalists.

“[The government] foolishly believes in the conspiracy theory of people linking with the Communist Party, using [the] same pretext and plot weaved by past administrations,” said the NUJP.