INSIDE STORY: How Filipino crew were saved by Vietnamese in West PH Sea 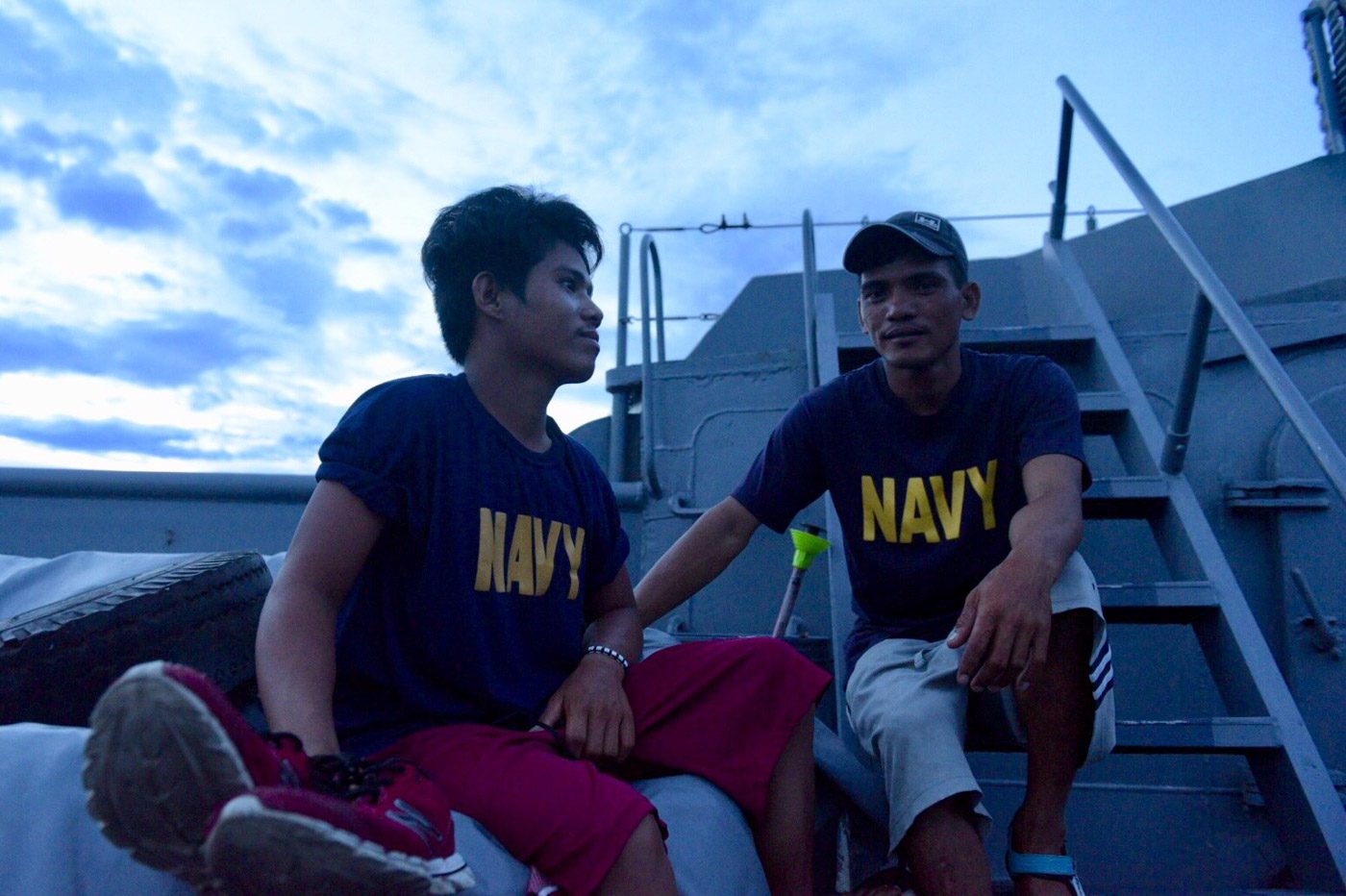 Facebook Twitter Copy URL
Copied
One of the Filipino crew narrates that after he connected his index fingers to demonstrate 'Vietnam? Philippines? Friends,' the Vietnamese replied, 'Okay.'

OCCIDENTAL MINDORO, Philippines – When a Chinese vessel rammed and sank their ship on June 9 near Recto Bank, the Filipino crew and their captain saw hope from afar.

At that point, the 22 men were holding on to their sinking boat to save themselves. The Chinese fishing vessel left a hole in the boat’s rear, causing it to slowly sink from the back. Only a portion of the front remained above water, Insigne said. (READ: Chinese vessel sinks Philippine boat in West PH Sea ‘collision’)

“Pinagsagwan ko sa tao ko (I asked my people to row towards it),” said Insigne, referring to two of his men who used a small boat to row towards the light they saw.

The two men, Justine Pascual and JP Gordiones, were able to float by clinging to one of their small fishing boats.

There was no assurance that the light was coming from a friendly country’s vessel. It was also possible for it to move away while they were still rowing. Still, they rowed on.

(We weren’t thinking about the exhaustion, the fear. Our hunger dissipated even if it was far. It was for our chance to live.)

After two hours, the two Filipino crew members reached the boat. Based on its appearance, they were able to determine that it was from Vietnam. They rowed to the rear then according to Pascual, he yelled “Help me!” His call awoke a Vietnamese fisherman, who then called for his mates.

They weren’t immediately allowed to board. According to the two, they were given flashlights to identify themselves. After showing that they were in small Filipino fishing boats which were already starting to gather water inside, the Vietnamese allowed them to board their vessel.

“Nagpalawit ng nylon at hinatak kami nila. Pinasakay na kami (They dropped us a nylon cord and they pulled us up. They allowed us to board),” said Gordiones.

After they got on board, Pascual said, “Vietnam? Philippines? Friends,” while connecting his index fingers. They recalled the Vietnamese saying, “Okay.”  (READ: Vietnam to Philippines: United, we will win)

They then kept on saying help while pointing to the direction they came from. In a matter of minutes, they were back in the wreckage of F/B Gem-Ver.

The Vietnamese also pulled the rest of the Filipino crew on board, then fed them afterwards with chicken, noodles, and biscuits.

Thanks to the Vietnamese crew, Insigne was able to radio the information to the Philippines.

FB Gem-Ver was kept afloat and towed by its sister vessel FB Gem-Ver 2, while the Filipino crew were transferred to the Navy’s BRP Alcaraz where they stayed until the afternoon of June 14 before finally going home to San Jose.