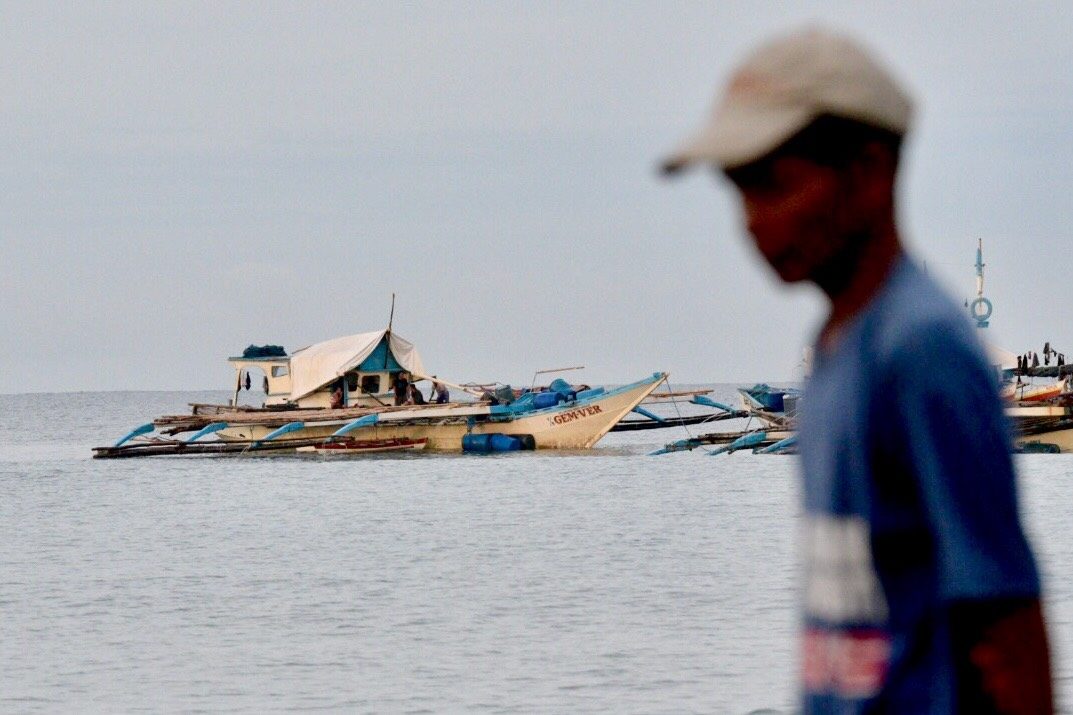 MANILA, Philippines – The sunken and abandoned F/B Gem-Ver is finally docked at its home port in San Jose, Occidental Mindoro.

The boat, which has been the focal point of the latest tension between the Philippines and China, was brought back at around 3 am on Saturday, June 15, towed by its sister boat Gem-Ver 2.

It first sailed out on May 29, with its crew planning to fish for at least 15 days. After a traumatic experience with a Chinese fishing vessel on June 9 that almost saw its crew’s death, FB Gem-Ver docked back at the shore of Barangay San Roque.

What happened to it?  FB Gem-Ver and its crew were sunk on June 9 by a Chinese fishing ship near Recto Bank (Reed Bank) in the West Philippine Sea. The Chinese vessel then approached them, flashed its “super lights” then sped away, abandoning the 22-man Filipino crew.

They were rescued by a Vietnamese fishing vessel before being turned over to the Philippine Navy’s BRP Ramon Alcaraz, where they stayed until Friday, June 14. All the men arrived on Friday, after the crew’s machine man stayed with FB Gem-Ver and its sister vessel. A day after, they followed.

The couple Felix and Fe dela Torre have owned FB Gem-Ver since 2016; other families rely on the boat for their livelihood.

Why does it matter? The wreckage of FB Gem-Ver will prove to be critical in what has evolved into a battle on the narrative of the sinking incident.

While Philippine officials have insisted on a probe before accusing any Chinese of wrongdoing over the incident, China has been quick to claim that its fishing vessel did not attack, but had instead tried to save the sinking fishermen. In a statement Friday evening, June 14, the Chinese embassy claimed the Chinese vessel was “besieged by 7 or 8 Filipino fishing boats,” preventing it from rescuing the Filipino fishermen.

China’s claims denied: The captain of FB Gem-Ver has belied China’s claims, saying that it was only them and the Chinese boat in that particular area of Recto Bank at midnight of June 9.