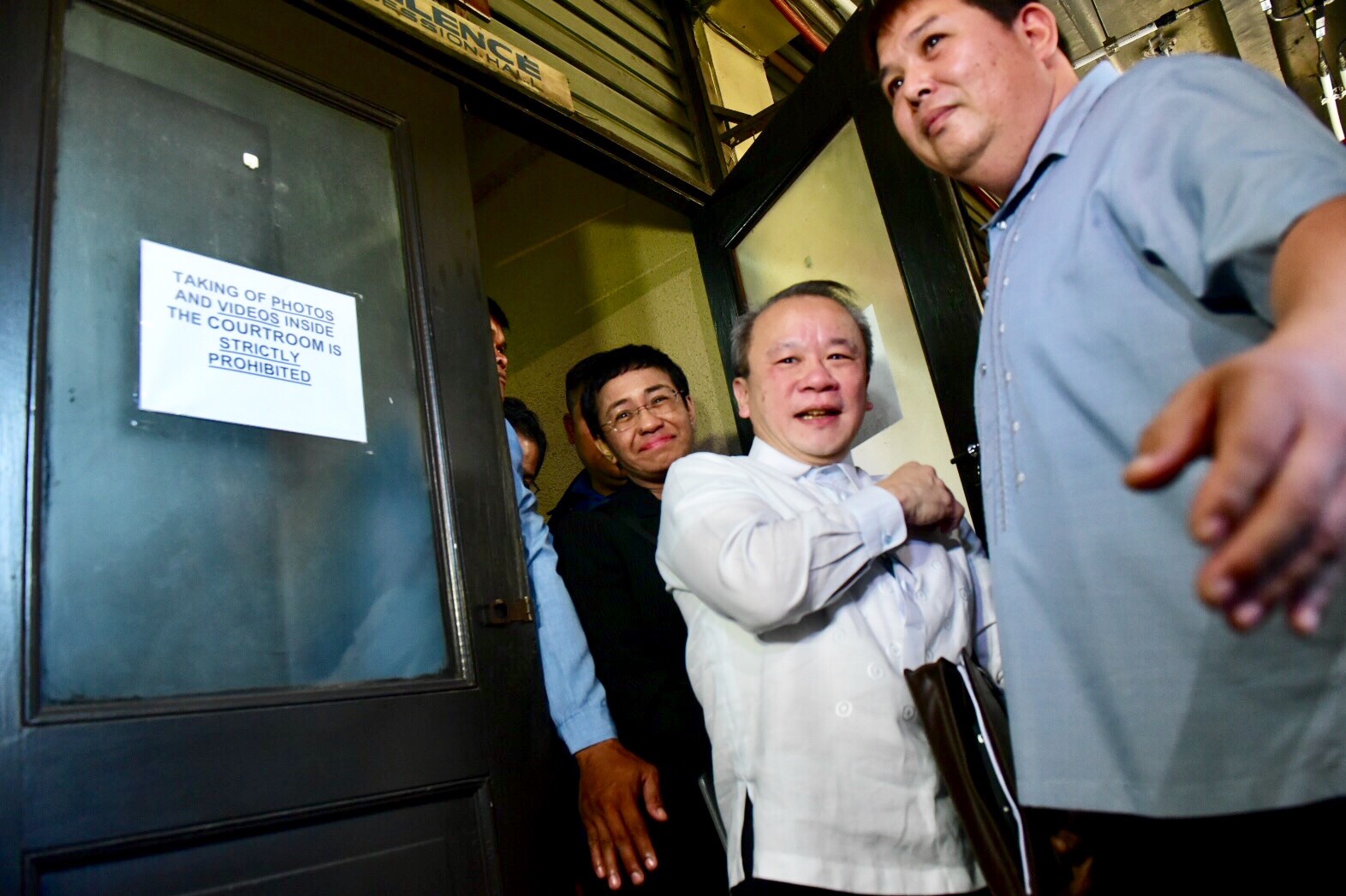 MANILA, Philippines – The Manila Regional Trial Court (RTC) Branch 46 will proceed to the presentation of the defense in the cyber libel trial of  Rappler and its Chief Executive Officer (CEO) Maria Ressa.

Had the demurrer been granted, Ressa would not have needed to present her own evidence as the case would be dismissed outright.

With the denial, the defense will start presenting its evidence on December 6.

The case arose from an article written by co-accused Reynaldo Santos Jr and published on Rappler in May 2012, linking the late former chief justice Renato Corona to complainant Wildredo Keng.

Judge Montesa said Ressa, Santos, and Rappler must prove in their presentation the absence of malice in the reporting.

Malice is a crucial element of libel.

Under the revised penal code, whose definition of libel was adopted by the RA 10175 or Cybercrime law, malice is always presumed in “every defamatory imputation.”

The exemption to that is if the report is “fair and true, made in good faith, without any comments or remarks, of any judicial, legislative or other official proceedings which are not of confidential nature, or of any statement, report or speech delivered in said proceedings, or of any other act performed by public officers in the exercise of their functions.”

“Defense by their own evidence has the burden of proving that the communication is one considered as privileged as prosecution enjoys the presumption given by law,” said the court.

Keng is disputing parts of the article that linked him to involvement in illegal activities, namely human trafficking and drug smuggling, citing an intelligence report.

Ressa’s lawyer, former Supreme Court spokesperson Ted Te, said they plan to put on the witness stand Rappler journalists who had a hand in publishing the story, firstly investigative head Chay Hofileña, and with reservation to present Ressa and Santos “if necessary.”

This cyber libel case is testing the bounds of the young Cybercrime law, as Rappler also brings another press freedom case to the Supreme Court with its constitutional challenge to President Rodrigo Duterte’s coverage ban on its journalists.

To be able to charge Ressa and Santos, the DOJ extended the period during which an individual can file a cyber libel complaint to 12 years after publication. Under Article 355 RPC, “the crime of libel or other similar offenses shall prescribe in one year.”

The Department of Justice (DOJ) indicted Ressa and Santos for cyberlibel even though the Cybercrime law was enacted only in September 2012, or 4 months after the article was published.

But because Rappler made typographical corrections to the article in February 2014, the DOJ said it fell under the multiple republication rule.

“The contention that the subject article does not constitute republication as there was no substantial change made deserves scant consideration considering that it is evidentiary in nature which the defense should prove during trial,” said the court.

This case is one among the 11 cases filed against Ressa, Rappler and its personnel since 2018.