5 PH-South Korea deals signed, but no free trade agreement yet

Nov 26, 2019 10:10 AM PHT
Pia Ranada
Facebook Twitter Copy URL
Copied
Only a statement on an 'early achievement package' on the much-awaited FTA is signed during President Rodrigo Duterte's visit to Busan, South Korea 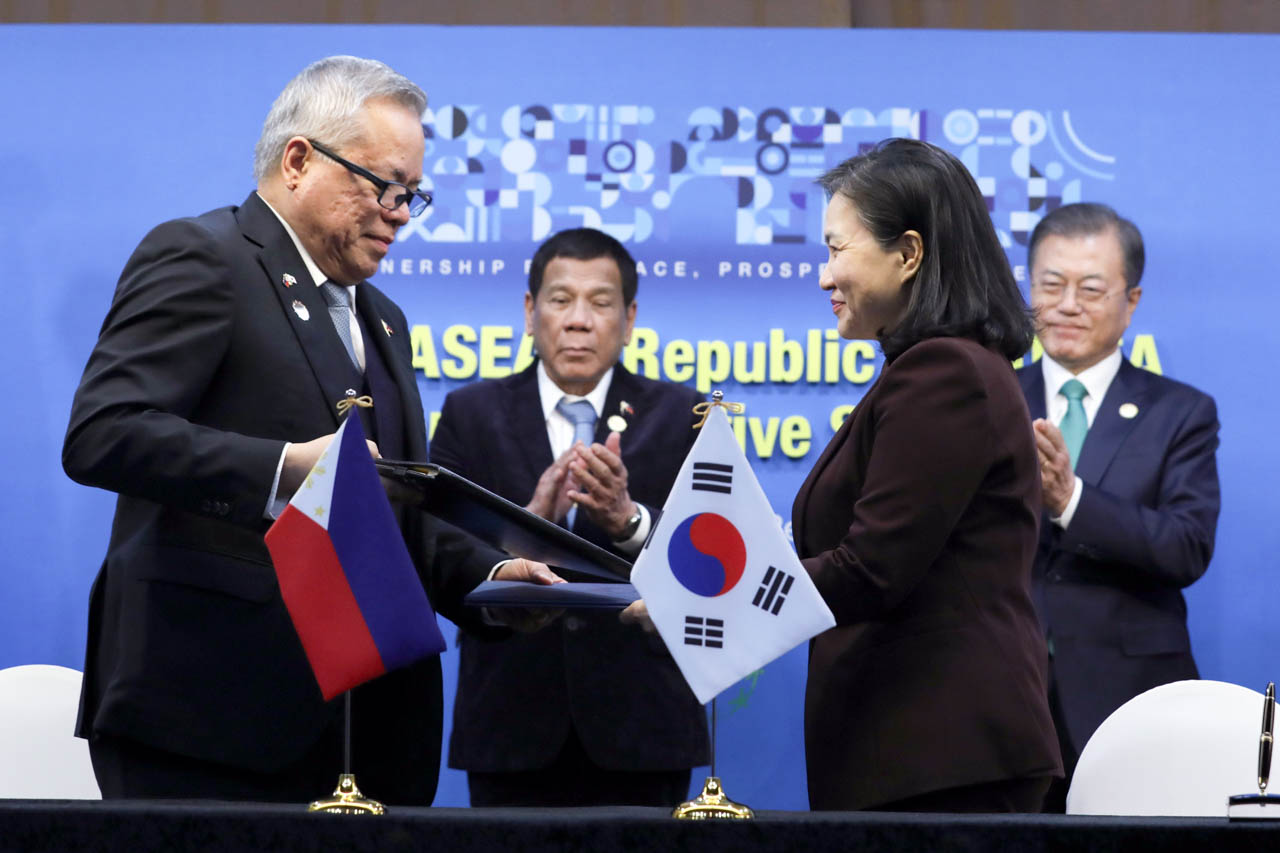 MANILA, Philippines – Philippine President Rodrigo Duterte is set to bring home 5 bilateral agreements with South Korea from his ongoing visit to Busan, but the much awaited free trade agreement is not among them.

The deals are the following:

Conspicuously missing among the 5 documents is an actual Philippine-South Korea Free Trade Agreement (FTA) which the two governments had targeted to sign during Duterte’s attendance to the Association of Southeast Asian Nations-Republic of Korea Commemorative Summit.

Instead of an FTA, what was signed was an “early achievement package” on negotiations about the FTA, which is basically just a commitment to “continue the discussion for next year,” Trade Secretary Ramon Lopez told reporters, according to an Inquirer report.

It’s a disappointing development since the two governments had declared back in April that an FTA would be signed during the ASEAN-ROK summit which is taking place from Monday to Tuesday, November 26.

An FTA would be a boon to Philippine exports because this would mean no tariffs for Philippine products shipped to South Korea. Currently, a 30% tax is imposed on Philippine bananas, even as the Philippines is South Korea’s biggest supplier of the fruit.

South Korea has still not agreed to bring down this tariff across a 5-year period.

The signing of an FTA during Duterte’s November trip would have coincided with the celebration of 70 years of diplomatic ties between the Philippines and South Korea.

This is Duterte’s second visit to South Korea as president and his third bilateral meeting with President Moon.

During the meeting, Duterte thanked South Korea for its donation of $100,000 for victims of a series of earthquakes in Mindanao last October.

South Korea is the Philippines’ 4th largest trading partner, with total trade worth over P13 billion in 2018. The eastern Asian country is also the Philippines’ 13th top source of foreign direct investments. – Rappler.com