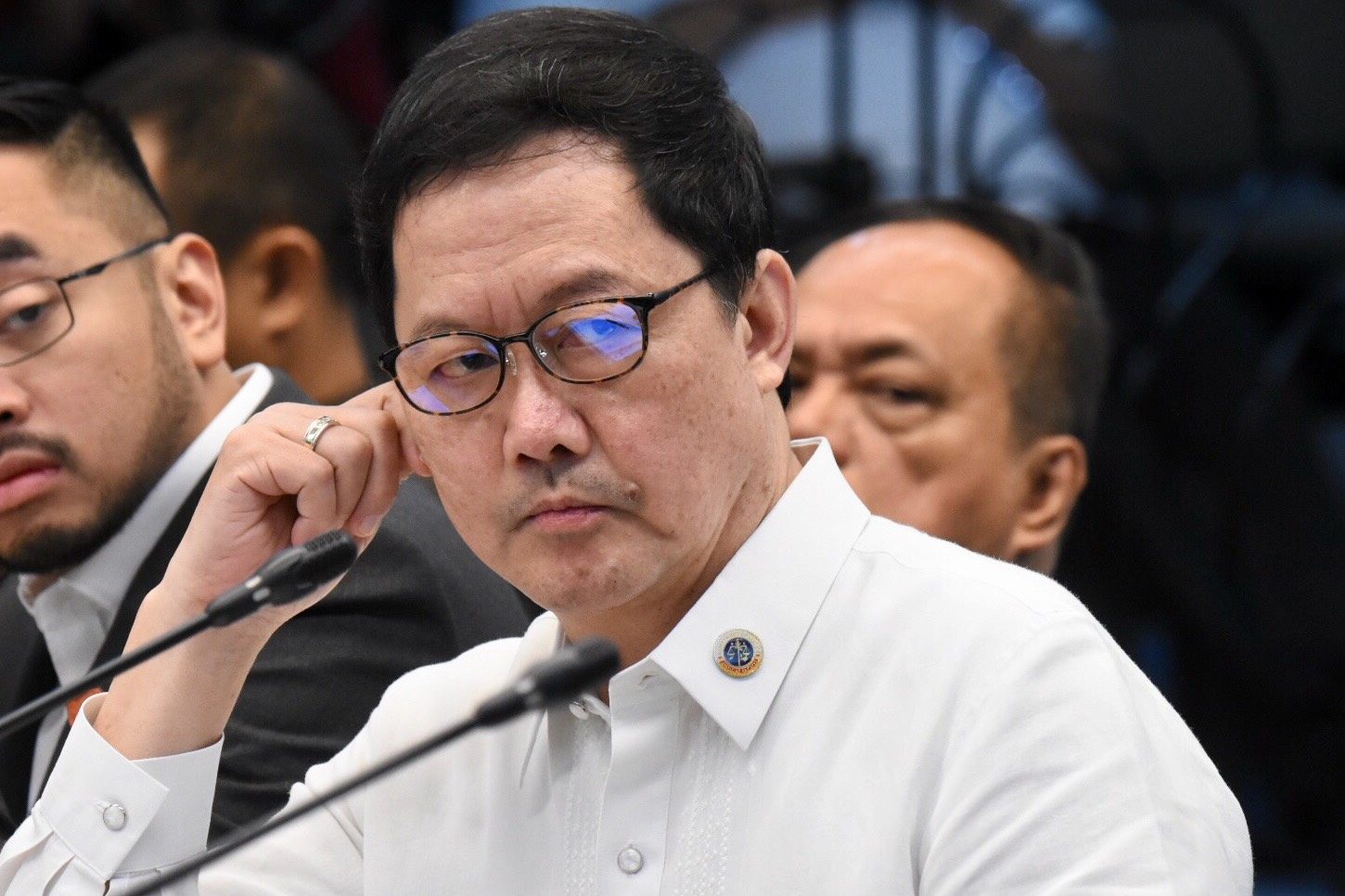 MANILA, Philippines (UPDATED) – Justice Secretary Menardo Guevarra is standing firm on his pronouncement that violators of the enhanced community quarantine can be arrested without a warrant, even as the lockdown creates gaps in the process that might prejudice those apprehended.

“Our criminal laws are not suspended during times of emergency,” Guevarra told reporters on Friday, March 20, in response to a question if he’s considering adjusting his statement given that the Supreme Court has already closed all court offices nationwide.

But judges and court staff will go to work on a per-urgent call basis. The Supreme Court will be announcing hotlines soon.

In the capital city of Manila, over 20 violators of the curfew, many of them poor, were detained for over 2 days because no inquest staff was available to process their release. This incident in Manila was a case of confusion over arrangements and ordinances, expected to happen in a lockdown where many are rendered immobile.

“Would you consider changing your message that all lockdown violators will just have to be forcibly sent home and not be arrested?” was the question to Guevarra.

“Law enforcement, prosecution, and court adjudication structures and procedures will just have to make the necessary adjustments, no matter how difficult it may be,” said Guevarra.

“Otherwise, we will have a breakdown of law and order,” the justice secretary said.

‘The law needs to be compassionate’

In Manila, Chief Inquest Officer Jovencio Senados said some of the people arrested for violation of the curfew ordinance were also booked for violating Article 151 of the Revised Penal Code (RPC), or resistance and disobedience to authority, which is punishable by a fine not exceeding P100,000 and imprisonment of up to 6 months.

Senados said it is their policy to immediately release those filed with that charge, instead of going through the usual process of letting the charge reach the court first before they could post bail.

Article 151 has been cited by Guevarra as a legal basis for arresting without warrant those who will be caught violating lockdown terms – even those found outside without an essential task.

A homeless elderly woman was already arrested over this charge during the lockdown.

Guevarra also cited the broad law of Republic Act 11332 which punishes mere “non-cooperation” with authorities in a public health emergency.

In a tweet, former solicitor general Florin Hilbay said that the use of the law is wrong.

“It is said that the life of the law has not been logic but experience. At this time, the law needs to be compassionate,” said Lacierda. – Rappler.com