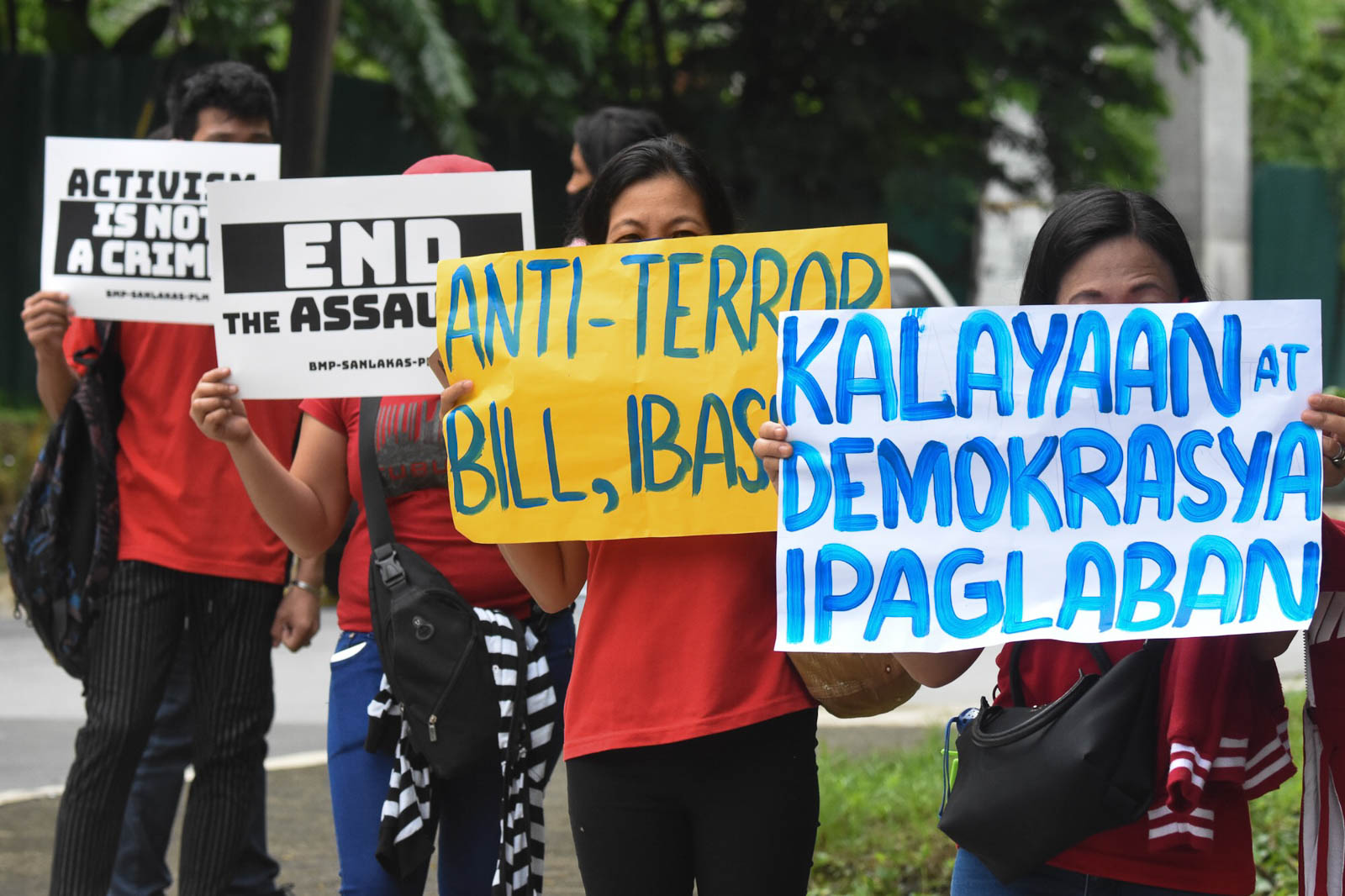 MANILA, Philippines – Critics of the newly-signed anti-terror law will move to a new battleground – the crafting of the controversial measure’s implementing rules and regulations (IRR) and the Supreme Court (SC).

The law, signed by President Rodrigo Duterte on Friday, July 3, takes effect 15 days after complete publication in the Official Gazette or in at least two newspapers of general circulation. It has been published on the Gazette website, but it’s unclear if that counts as a complete publication.

A group of lawyers led by law professor Howard Calleja filed the first petition through e-filing on Saturday, July 4.

The National Union of Peoples’ Lawyers (NUPL) said on Saturday that although their petition has been ready since June, they will defer the filing to include more petitioners who have expressed their intention to join.

NUPL president Edre Olalia said they will also “re-tweak it in view of supervening facts, to complete and reinforce remaining procedural requisites, and to add equally cogent substantive issues so as to ensure that we have covered all bases.”

Retired Supreme Court senior associate justice Antonio Carpio had said that he would also join another group of petitioners.

Akbayan said on Saturday they it will also join the petitions against Republic Act No. 11479.

Another battleground is the crafting and promulgation of the IRR. (READ: EXPLAINER: Comparing dangers in old law and anti-terror bill)

Under Republic Act 11479, the anti-terror council (ATC) and the Department of Justice (DOJ) will promulgate the IRR, and it shall be done within 90 days of the law’s effectivity.

Justice Secretary Menardo Guevarra said the DOJ will “define more clearly in the IRR the parameters within which the law will be implemented and enforced.”

Reporters had earlier asked Guevarra about the constitutionality of provisions especially Section 29 of RA 11479  which authorizes the ATC to order arrests without warrants and detentions lasting up to 24 days.

He said in response:”Perhaps this is the more significant thing to know: Should the anti-terror bill be enacted into law, the DOJ will endeavor to define more clearly the parameters within which the law will be implemented and enforced, in order to erase any latitude for misapplication or abuse.”

The National Council of Churches in the Philippines (NCCP) also condemned the signing of the law as “an affront to God’s gift of human dignity and the highest form of sacrilege.” The NCCP noted that priests, pastors, and church workers have been killed, charged, or detained while performing their duties.

“It is a travesty against God’s will, as it gives the government, or even just a few persons in the Anti-terrorism Council, the absolute power that determines what course people’s lives will take by putting forward a very vague definition of terrorism,” the NCCP said in a statement on Saturday.

The NCCP said that the passage of the anti-terror law further weakens the domestic mechanisms for accountability – a nod to independent international investigations like those of the United Nations Human Rights Council (UNHRC).

“With the Anti-Terrorism Law, domestic mechanisms for human rights accountability will be next to impossible,” said the NCCP. – Rappler.com