Expect higher dropout rates due to K to 12 – Trillanes 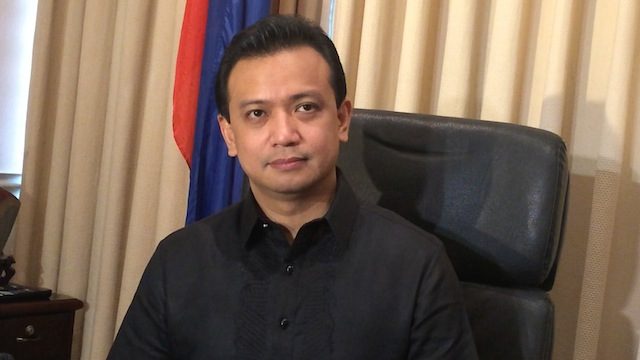 Facebook Twitter Copy URL
Copied
Senator Sonny Trillanes, who is calling for the suspension of the K to 12 program, says more students might stop schooling because of additional expenses needed to finish two more years of high school

MANILA, Philippines – The additional expenses of the K to 12 program will cause more students to stop going to school, according to Senator Antonio “Sonny” Trillanes IV.

“Dahil sa K to 12, asahan nating tataas pa ang dropout rate sa mga paaralan (Because of K to 12, let us expect higher dropout rates in our schools),” he said during his privilege speech on Wednesday, March 18.

Trillanes is one of the lawmakers calling for the suspension of the K to 12 program, on the grounds that the country is not yet prepared for its full implementation.

To back up his claim, the senator cited statistics showing that even without the K to 12, only 43 out of 100 grade 1 students finish high school. Of the 43, only 23 enter college.

If estimates are correct that parents will have to shell out up to P20,000 for the two additional years of high school, Trillanes said the dropout rate in the country will worsen starting 2016.

(How can parents afford additional expenses? As it is, they are already having a hard time because of the high prices of basic commodities they need at home.)

With the signing of the Enhanced Basic Education Act of 2013, two years have been added to the basic education system of the Philippines. The first batch of students under the program will enter senior high school’s grade 11 in 2016, and grade 12 in 2017. (READ: INFOGRAPHIC: 10 things about K to 12)

This will affect workers in HEIs, as worst-case scenario estimates on displacements are as high as 38,071 teaching staff and 14,351 non-teaching staff. (READ: College professors fear massive retrenchment due to K to 12)

Trillanes said his office has already written to different colleges and universities not to remove any of their teaching and non-teaching staff because he will do everything to suspend K to 12.

(It’s hard to accept that a program that promises to give jobs to many young people is the same program that will displace many educators in the country.)

He also cast doubts on the safety nets government is preparing for these workers, including teaching opportunities in the Department of Education and a proposed transition fund of P29 billion.

Trillanes called on senators to create a congressional oversight committee to review the K to 12 program and the country’s preparations for it. (READ: Suspend K to 12? But PH ready for it – Luistro)

He also vowed to bring the issue to the President and the Supreme Court (SC). To date, at least one petition has been filed before the Supreme Court to stop the full implementation of the K to 12 program. – Rappler.com