The former mayor was supposed to attend her daughter’s Ateneo Law School graduation ceremony, which was set for 4 pm then later canceled.

The shooting had occurred around an hour before the start of the ceremony, according to Ateneo.

“The Loyola Heights campus was immediately secured. The university assures the community that its campuses are safe,” Ateneo said in a statement.

The university also expressed condolences to the victims’ families and pledged to cooperate with authorities investigating the deadly shooting.

“There is no acceptable reason for violence. We hope and pray that justice will be swiftly served,” Ateneo said. 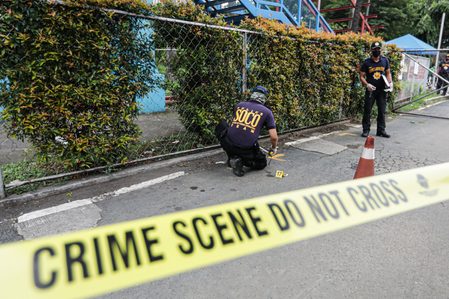 In a separate statement, the Commission on Higher Education (CHED) condemned the “horrific” incident, saying that “in addition to the tragic loss of lives, such events lead to post-traumatic distress among victims and to those who have witnessed these.”

Ateneo, for its part, is “assisting students, staff, and guests who are dealing with trauma from the incident.” – Rappler.com