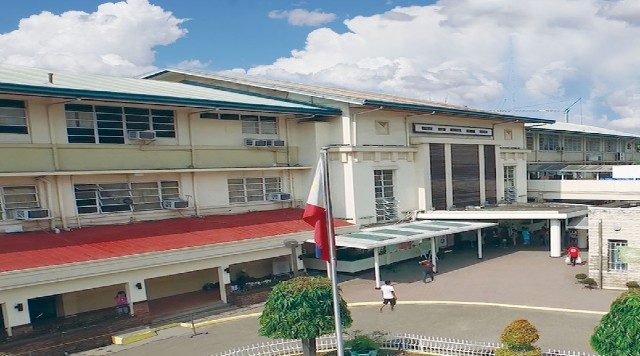 Facebook Twitter Copy URL
Copied
Of the total 906 beds across hospitals in the city, 420 are occupied while 486 are vacant

The occupancy rate in hospitals in Cebu City has gone back to a safe zone after almost two months of straddling moderate to high-risk levels.

Cebu City’s Emergency Operations Center (EOC) first pointed out the development on Tuesday, September 21, saying it recorded a 51.6% occupancy rate for 15 public and private hospitals on September 18. The Department of Health classifies as safe an occupancy rate of 60% and below.

The occupancy rate continued to ease up to 46.4% between the 15 hospitals on September 20, according to data from the EOC sent out on Wednesday, September 22. According to the latest update, of the total 906 beds across hospitals in the city, 420 are occupied while 486 are vacant.

“All public hospitals are now in the safe zone. They have their step down facilities like CCMC (Cebu City Medical Center) to CCQC (Cebu City Quarantine Center), St. Anthony Mother and Child Hospital to City Central BIC (Barangay Isolation Center), and St. Vicente Sotto Hospital to [the] DPWH (Department of Public Works and Highways) [facility],” Gargandera said in a statement.

“They mastered triaging already. Like St. Anthony Hospital for example, their post-partum COVID-positive patients, instead of staying three to four more days in the hospitals, are referred to our City Central BIC, likewise CCMC to CCQC , and Vicente Sotto to DPWH,” Garganera said.

Cebu City faced its worst occupancy status from the last week of July to early August as it breached the high-risk classification of 70% bed occupancy. Three of its major hospitals also reached the critical levels or an occupancy rate of 85%.

This resulted in long queues of ambulances, and private cars outside major private hospitals in the city. The high occupancy rate came as the city reported its first cases of the Delta variant and daily three-digit tallies of new cases.

Currently, Cebu is under the least restrictive general community quarantine. According to data from DOH-Central Visayas, Cebu City’s active cases or the number of people sick with COVID-19 stands at 2,507 as of September 21. Of this, 65 new cases were recorded that day alone. The city’s cumulative total of COVID-19 cases reached 39,955. Deaths stand at 1,330 and recoveries at 36,118. – Rappler.com