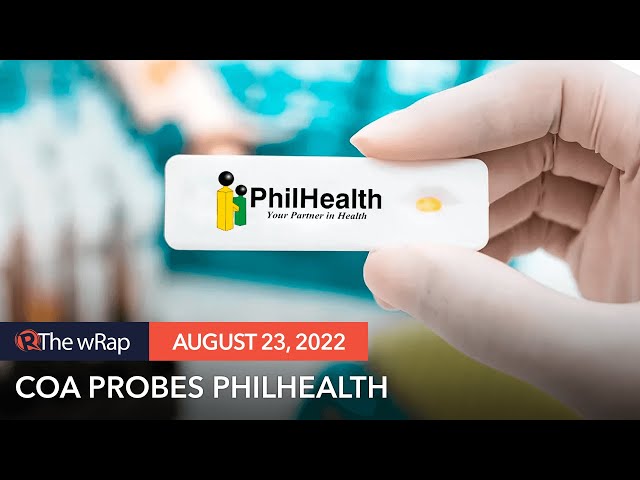 State auditors said all documents it reviewed regarding these transactions at the early part of the pandemic were either “partially or not fully filled out.”

The COA report was referring to a Memorandum of Agreement (MOA) between PhilHealth and a contractor which said a cash advance of P100 million was released as seed fund to pay for RT-PCR tests. Later this would be subject to replenishment as the required documents are submitted.

Because of the prevailing pandemic and immediate need for COVID-19 tests, COA said processes for liquidating payments and other documentary needs were simplified to a bare minimum. The purpose of the streamlining was to hasten payments and avoid delays in RT-PCR testing.

In the agreement, additional funds will only be released upon the submission of fully accomplished case investigation forms (CIFs) duly signed by the person tested, and a summary of test results certified by the contractor’s pathologist submitted to the Department of Health (DOH) and the Research Institute for Tropical Medicine.

However, the auditor said: “Review of the sampled CIFs (case investigation forms) showed 100 percent remain either partially or not fully filled out. In the absence of the duly accomplished CIFs, the Audit Team has no point of reference to verify the consistency of data provided in the CIF and line list.”

So far PhilHealth has paid the contractor P782.282 million for 265,490 RT-PCR tests administered from January 2020 to September 2021. The auditors said there were no duly accomplished CIFs nor signed documents by the persons tested during this period.

In its finding COA said: “It appears that both parties have fallen short in fulfilling their obligations over these claims as the Contractor submitted improperly accomplished and unsigned CIFs, which PhilHealth willingly accepted despite their impropriety.”

COA has tapped a special audit team to look into these transactions. This team will file a separate report. COA has also asked the Fraud Audit Office (FAO) to do  “a more in-depth investigation.”

Because of the lack of documents, the auditors were stymied from determining the following: 1. If those tested were properly evaluated; 2. If indeed RT-PCR tests were performed; 3. If the persons tested were eligible according to the criteria set by the DOH; and 4, if these individuals consented to undergo the tests.

Informed of the COA findings, PhilHealth said it sent a letter to the contractor last May 23, telling it to comply with the requirements by submitting complete CIFs. – Rappler.com