FIGHTING. Relatives and comrades of political prisoner Reina Mae Nasino wave to her as she is being escorted back to the Manila City Jail after a short visit to the wake of her 3-month-old daughter Baby River in a funeral home in Pandacan, Manila on October 14, 2020.

“WHEREFORE, premises considered, for failure of the prosecution to prove that the evidence of guilt against all accused are strong, the Joint Petition for Bail filed by all accused is hereby GRANTED,” the court said.

The court also set the following amount of bail for each activist:

A pregnant Nasino and her companions were arrested during a search at the office of progressive group Bagong Alyansang Makabayan (BAYAN) on November 5, 2019. They were charged with possession of illegal firearms and explosives, but they said the evidence were planted by the police.

Nasino gave birth while in jail to her daughter, Baby River. By that time it was also the height of the pandemic. Her case put pressure on the courts, even up to the Supreme Court, to apply humanitarian considerations.

However, Baby River died later at three months old. She died even before her mother’s petition for a furlough could even go through the motions.

In explaining its decision, the court said: “Prosecution witnesses Corpuz and Jacinto failed to show that the circumstances they testified to are such that the inference of guilt naturally drawn therefrom is strong, clear, and convincing.”

Despite the presence of photographs after the search in BAYAN’s office, the court said the witnesses, Barangay chairperson Jocelyn Corpuz and Police Corporal Christopher Jacinto, “failed to identify the accused and which firearm was recovered from each of them.”

“The general testimony of witnesses Corpuz and Jacinto will not suffice to establish that indeed that the evidence against the accused were strong,” the court said.

The court also noted that Corpuz testified that she was awakened by the police because her presence is needed to implement the warrant. But “she can no longer recall the place where the search is to be conducted,” only the street’s name, which is “Flora.”

On the other witness, the court said Jacinto testified earlier that he was only called after the search.

“Pcpl Jacinto likewise testified that he was merely designated as the photographer during the implementation of the search warrant and he was called in after they already searched the area. He was just called after the search. He was not part of the first team neither was he part of the raiding or arresting team.” 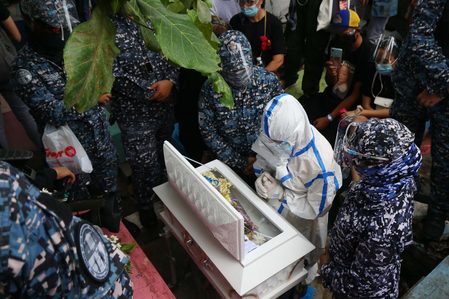 In September this year, the Court of Appeals voided the search warrants used against Nasino and companions. The appeals court said the warrants failed to meet standards, and that all evidence recovered are inadmissible. – Rappler.com