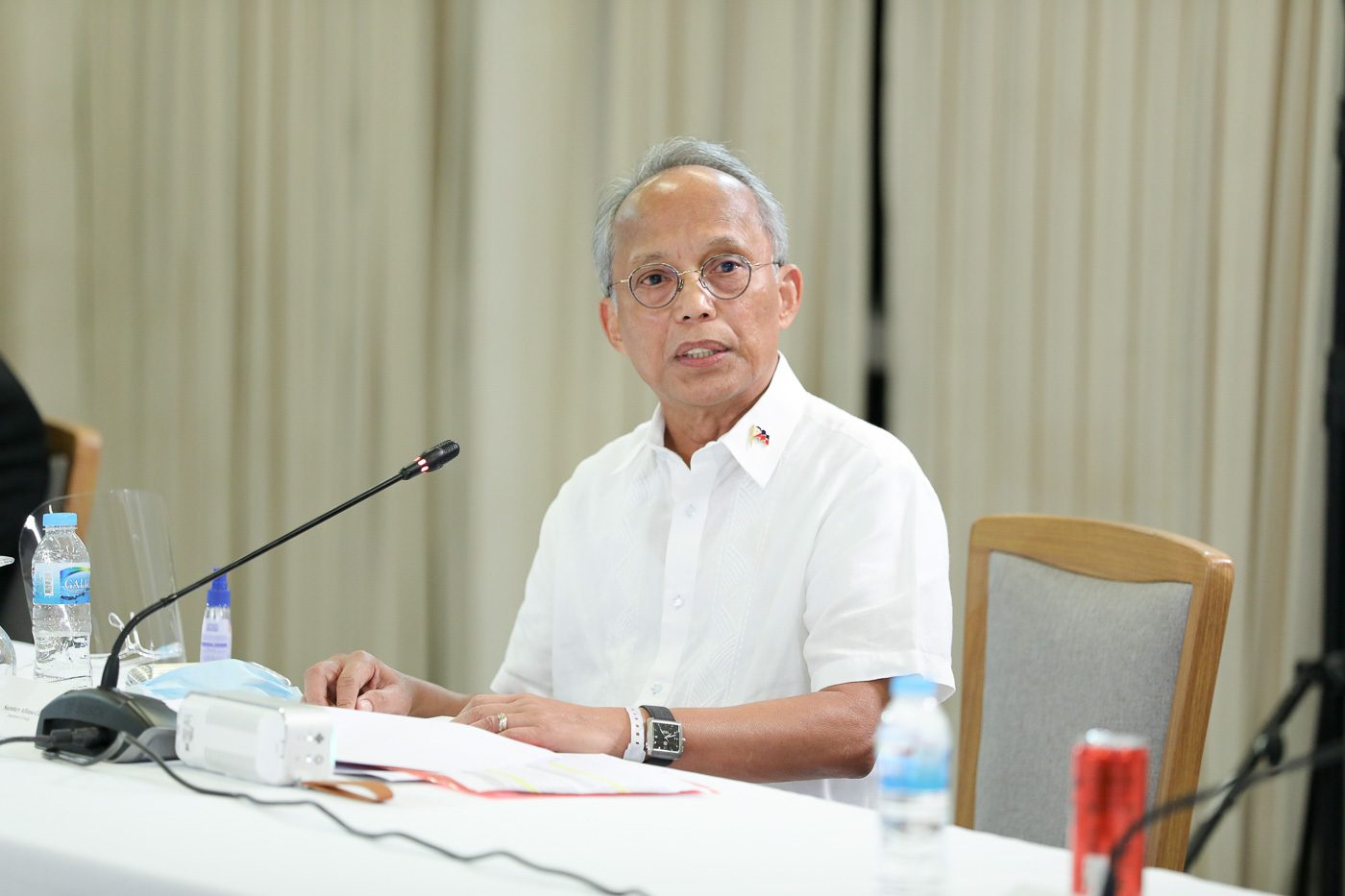 Facebook Twitter Copy URL
Copied
The complaints against the 7 news organizations, filed separately, are over articles that reported the filing of a graft complaint against Secretary Cusi related to the Malampaya-Dennis Uy deal

Cusi filed the complaints against reporters, editors, and executives of Rappler, ABS-CBN, Business World, Philstar, Manila Bulletin, GMA News Online and Business Mirror. The complaints were filed November 29 before the Taguig City Prosecutor’s Office. A copy of the complaint against Rappler was obtained on Friday, December 3.

Cusi, in his complaint, demanded damages worh P200 million from Rappler alone, saying it’s for “damaging my good reputation and good standing in government, which I developed through years of hard work and effort.”

The libel complaints alleged that by reporting on the graft suit filed against Cusi and Uy before the Office of the Ombudsman on October 18, the journalists “publicly accused [him] of graft.”

The Ombudsman complaint, filed by individuals including US-based Filipino lawyers Rodel Rodis and Loida Nicolas Lewis, accuse Cusi of committing graft over the Department of Energy or DOE’s approval of an Uy subsidiary to buy 45% of Malampaya shares from previous consortium member Chevron.

The alleged irregularity of the buyout is being investigated by the Senate, led by Senator Sherwin Gatchalian, who has pointed out supposed shortcuts in the DOE approval. Uy, through two subsidiaries, stand to acquire 90% operating interest in the Malampaya gas field, with another buyout of Shell’s 45% shares ongoing.

Business and legal groups have also raised their concerns over the buyout, pointing out the risk and uncertainties of handing over the operation of a major source of Luzon power to companies that have no track record in oil exploration. The Malampaya gas field is also connected to the Reed Bank in the disputed West Philippine Sea.

“I was shocked and horrified to find out that Rappler and [reporter Aika] Rey publicly accused me of graft,” said Cusi’s libel complaint, which was filed separately against Rappler the corporation, and CEO Maria Ressa, reporter Aika Rey, executive editor Glenda Gloria, and managing editor Chay Hofileña.

Under our laws, a crucial element of libel is malice.

“Respondents knew, or ought to have known, that their imputations of graft, gross negligence, and other wrong-doings were false. They were therefore made with actual malice,” said Cusi’s complaint.

Article 354 of the Revised Penal Code says all defamatory imputations are considered malicious even if they are true. This is called the malice in law.

But Article 354(2) provides two exceptions to this rule, and one is “a fair and true report, made in good faith, without any comments or remarks.”

The Supreme Court, in a January 2021 ruling that acquitted broadcaster Raffy Tulfo of libel, acknowledged that reports on public officials have a higher degree of protection from libel.

“Public officers are accountable to the people, and must serve them with utmost responsibility, integrity, loyalty, and efficiency, act with patriotism and justice, and lead modest lives. Speech that guards against abuses of those in public office should be encouraged,” said the Supreme Court.

Cusi’s lawyer Ruy Rondain said the energy secretary has not sued the people who filed an Ombudsman complaint against him. “From Secretary Cusi, none at this time,” Rondain told Rappler in a message Friday evening.

Cusi said in a statement Friday he filed the complaints “to protect the integrity” of public servants, “to support and honor them.”

Cusi also said it’s “to defend my family’s honor and to send a strong message that there is a fair and humane way to settle misunderstandings and differences without resorting to malicious news reporting.”

The National Union of Journalists of the Philippines (NUJP) reiterated in a statement Friday its call to decriminalize libel.

“The UN Human Rights Council has pointed out that the criminal libel law in the Philippines is excessive and is incompatible with the International Covenant on Civil and Political Rights,” said NUJP. – Rappler.com