MANILA, Philippines – The Bureau of Customs (BOC) seized over the past few weeks P171 million worth of smuggled agricultural products from China that were all consigned to a company supposedly based in Alabang, Muntinlupa City.

Customs Commissioner Yogi Filemon Ruiz said they had been monitoring the activities of Taculog J International Consumer Goods Trading after they got information about the smuggled goods.

“We are not only practicing our mandate to investigate, examine, and seize such contrabands. This is for the good of the country and our people. We have been suffering from the high cost of onions in the markets, so we are especially on the lookout for these kinds of operations because it hurts not only the economy, but it directly impacts our farmers, the people, and the agricultural sector itself,” he said.

The containers arrived at the Manila International Container Port (MICP) from November 12 to December 3 this year, and the Customs Intelligence and Investigation Service (CIIS) at the MICP examined them from December 6 to 22, 2022.

The Bureau of Customs said all shipments were initially declared to have mantou or steamed buns, while others were declared to have frozen food products, such as frozen prawn balls, frozen lobster and crabstick, as well as udon noodles and fresh carrots.

The containers that arrived on November 12 and examined between December 14 to 21 were found to contain frozen squid flower and fresh white onions worth around P38 million.

Shipments that arrived on November 18 and checked between December 6 to 20 were found to contain fresh red and white onions valued at around P79 million.

Another batch that arrived on November 20 and examined from December 19 to 21 had undeclared fresh red and white onions worth around P35 million.

The goods that arrived on November 25 and checked on Thursday, December 22, had undeclared frozen boneless buffalo meat valued at P14.7 million. The consignee only declared that the shipments had frozen lobster, frozen prawn balls, and frozen crab sticks.

A container declared to have udon noodles that arrived on December 3 and examined on December 22 had undeclared fresh carrots worth around P4.5 million.

The Bureau of Customs said Warrants of Seizure and Detention (WSDs) were ordered against Taculog J International Consumer Goods Trading, and that charges would be filed against the firm for violation of Section 1400 (misdeclaration in goods declaration), and Section 117 (regulated importation and exportation) in relation to Section 1113 (property subject to seizure and forfeiture) of the Customs Modernization and Tariff Act.

The agency also recommended the suspension of the accreditation of the importer and other persons involved.

Ruiz said other government agencies, including the Department of Agriculture, helped in the operation.

44 containers seized in Port of Subic

Meantime, the Bureau of Customs-Port of Subic (BOC-POS) seized 44 containers of misdeclared agricultural products, also from China, on December 5, 9 and 10. 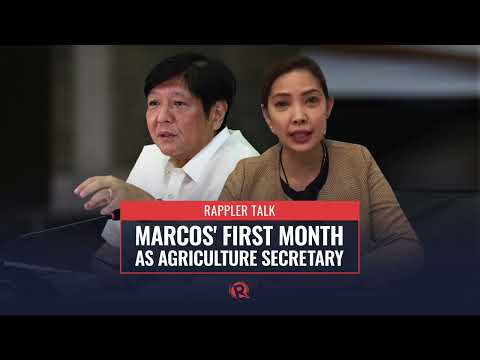 Thirty-five other containers have yet to be examined by the BOC-POS.  – Rappler.com