Passengers present vaccination cards as unvaccinated commuters are no longer allowed to enter and avail of public transport inside the Paranaque Integrated Terminal Exchange, on January 6, 2022. 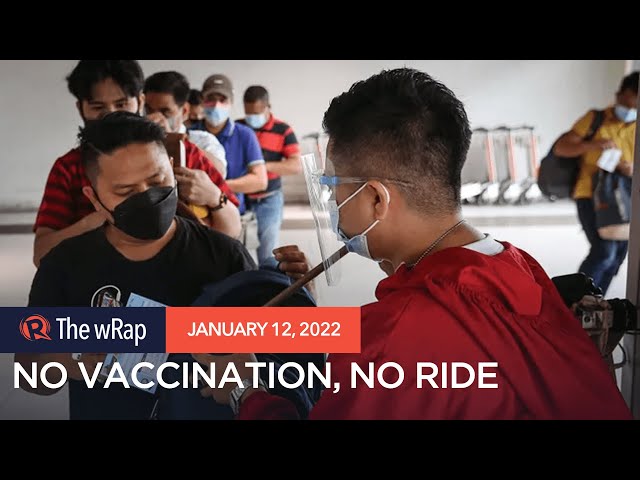 In Department Order (DO) No. 2022-001 issued Tuesday, January 11, but was only released to the media on Wednesday, January 12, the DOTr said that the ban covers all modes of public transportation – land, rail, sea, and air – to and from Metro Manila.

The “no vaccination, no ride” policy is supposed to be effective immediately after publication. However, in a briefing on Wednesday, DOTr Undersecretary Artemio Tuazon Jr. said Transportation Secretary Arthur Tugade ordered its full implementation on Monday, January 17, instead, but encouraged drivers and operators to start implementing it already.

Fully vaccinated individuals need to show proof of their vaccination, along with a government-issued ID with a photo and their address.

Is it unconstitutional? For the DOTr, it is not. Tuazon said that the department order is not limiting commuters’ right to travel. 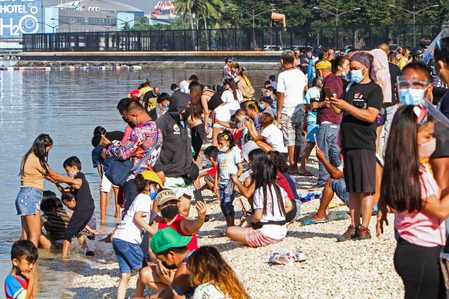 Those who have medical conditions that prevent full COVID-19 vaccination and people who need to get essential goods and services are exempted from the ban. In both cases, certification is needed to justify the travel.

Tuazon also said that those going to vaccination sites are also exempted from the ban.

Meanwhile, an unvaccinated person who needs to buy essential goods will need a barangay health pass or “other appropriate proof.”

Tuazon on Wednesday also noted that the burden of implementing the DO lies on transport operators and drivers. Transport operators who violate the DO will face violations on their concession or service agreements or their authority or permit to operate.

According to the DOTr, it asked the help of the police, aside from the Inter-Agency Council for Traffic, in ensuring that only fully vaccinated passengers are allowed inside public transportation. Tuazon added that traffic enforcers will be on shifts to check compliance around the clock.

Before 2021 ended, Malacañang announced that Metro Manila would be placed under Alert Level 3 starting January 3, due to the “high possibility” of Omicron local transmission in the country. In that briefing, Malacañang said that the Metropolitan Manila Development Authority will create stricter guidelines for the unvaccinated.

Earlier in January, the Metro Manila Council issued a resolution that prohibits a number of activities for unvaccinated individuals, including being barred from mass transportation. – Rappler.com