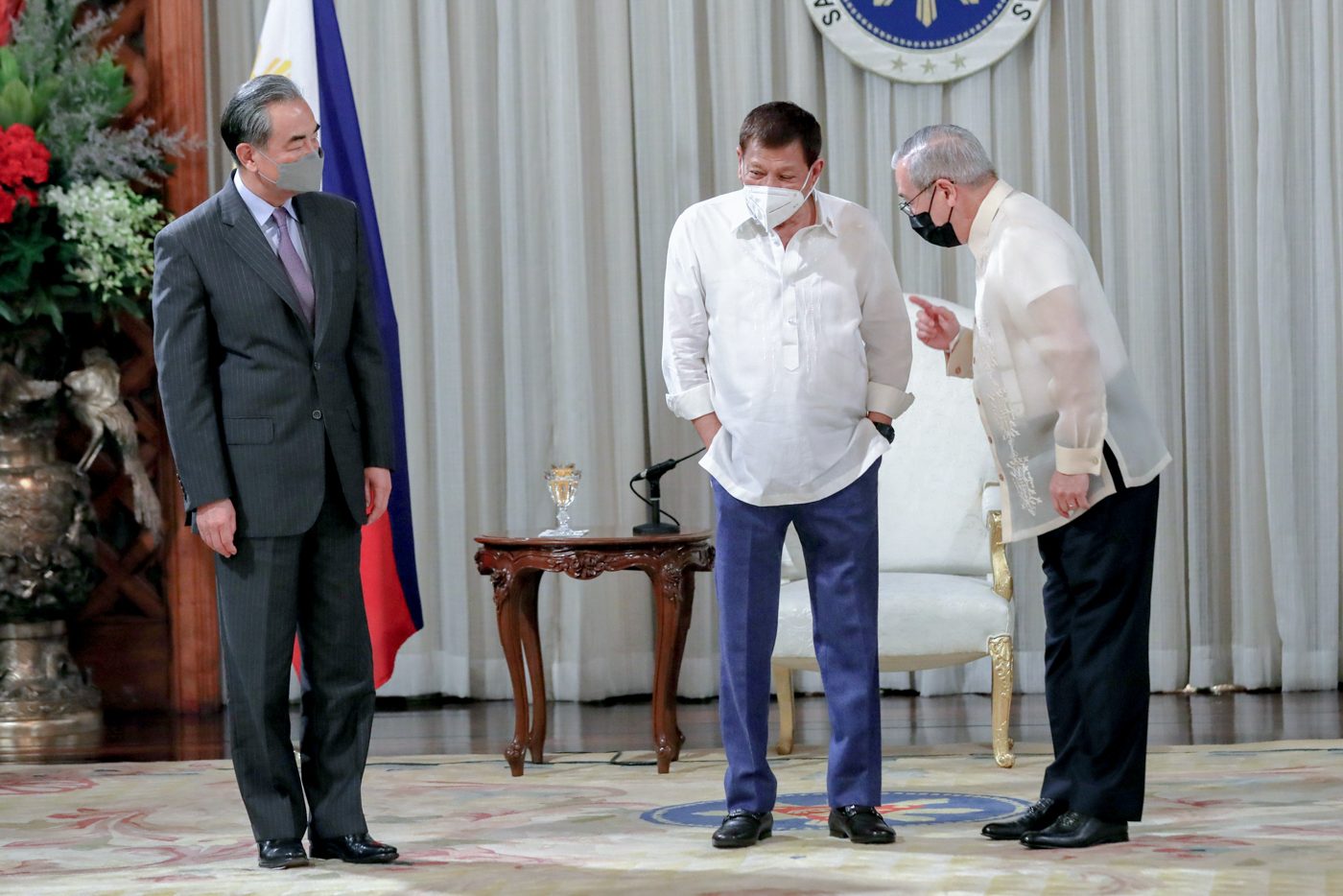 The Department of Foreign Affairs (DFA) on Friday, January 22, vowed that coronavirus vaccines donated by any country, including China, will not compromise the Philippines’ sovereign rights.

“Allow me to convey the assurances that our transactions on vaccine supply with global partners on the bilateral and multilateral levels do not have strings attached or bearing any quid pro quo of any sovereign territorial consideration,’ DFA Assistant Secretary Eric Gerardo Tamayo said.

Tamayo gave the assurance after Senator Risa Hontiveros asked if the Philippines was made to accept conditions in exchange for receiving donated vaccines. Hontiveros raised the issue following China’s announcement that it would donate 500,000 doses of COVID-19 vaccines during the recent official visit of Foreign Minister Wang Yi to Manila.

Hontiveros asked, “Can we assure the public that we will continue to uphold our interests in the West Philippine Sea and this will not be exchanged to access vaccines?”

Tamayo replied, “We can assure that in the particular case of the donation from China, at no time did the Chinese side even hint at tying the vaccine to any consideration.” He added that vaccines donated by any country would “at best be expressions of good will.”

Along with Tamayo, vaccine czar Carlito Galvez Jr sought to assure lawmakers that vaccine negotiations were being held separately from issues involving the Philippines’ maritime and territorial dispute with China.

“We will not compromise our stake,” the retired general said.

Galvez added that vaccines that would be accepted for use or considered for purchase would be based on the recommendation of the country’s vaccine expert panel and would be evaluated by the Food and Drug Administration (FDA).

During the hearing, FDA Director General Eric Domingo also clarified that any donated COVID-19 vaccine will still need to secure an emergency use authorization (EUA) from the agency before it could be used in the country.

“It can be received even if its unregistered but the DOH will still need to register it with the FDA before using it,” Domingo said in Filipino.

Domingo earlier said that in the case of donated vaccines, an EUA will likewise only be issued to the specific donated batch. He added that the DOH, as a donee, would also be required to assume full responsibility for the donation.

Meanwhile, Senator Panfilo Lacson advised task force officials to ensure that the process of accepting donated vaccines could be streamlined considering similar donations may be made between local government units and sister cities abroad.