Quarantine passes will be required once again during the implementation of the Enhanced Community Quarantine (ECQ) in Metro Manila, Department of the Interior and Local Government spokesperson Jonathan Malaya said on Monday, August 2.

Malaya said that Metro Manila local government units already notified the interior department about the use of quarantine passes.

(The LGUs already informed the DILG that the quarantine passes will be required again to control the movement of people for vaccination, while buying food, or going to the pharmacy to buy medicines.)

In a separate interview with DZMM’s Teleradyo on Monday, Malaya said that the previous Interagency Task Force (IATF) identification cards (ID) could also be reused by authorized persons outside residence (APORs). Company IDs would also be accepted as proof that an individual is an APOR.

At the height of the threat of the COVID-19 Delta variant, the Duterte government announced that ECQ will once again be implemented in the country’s capital to curb a possible surge of infections. The ECQ will last from August 6 to 20. 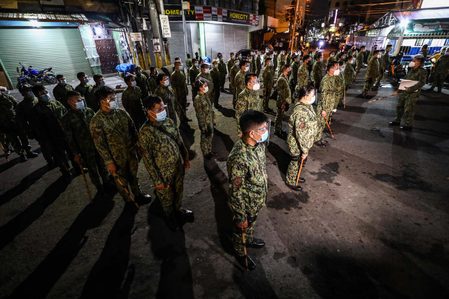