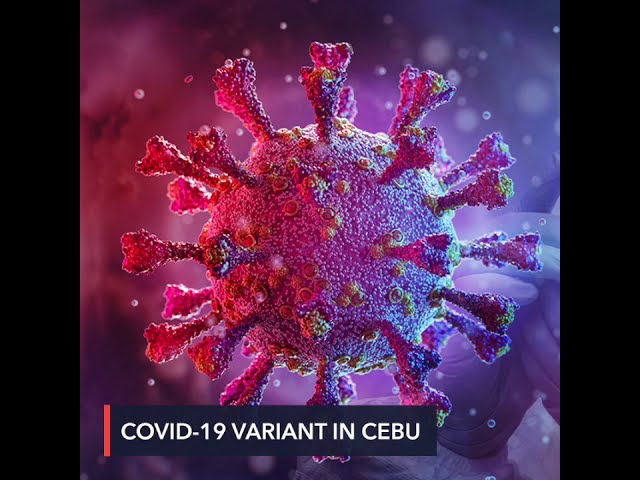 The Philippine Genome Center (PGC) has detected a COVID-19 “mutation of concern” in Cebu City, the Department of Health Central Visayas (DOH7) said on Thursday, February 18.

Dr Mary Jean Loreche, DOH7 spokesperson and chief pathologist, said in a press conference that the PGC detected two “mutations” in samples in Cebu City, identified as E484K and N501Y.

The E484K mutation is present in the South African variant of SARS-CoV-2.

Meanwhile, the N501Y mutation is also found both in the United Kingdom and South African variants, which experts say has higher transmissibility.

“Out of 50 samples total, there were 37 samples that had the mutations of concern,” Loreche said.

DOH7 said they were investigating the mutations as a “variant of concern” but said there was not enough information to conclusively call it a variant yet.

What the PGC researchers were more concerned about was the effect of the mutations on a person’s ability to fight off the infection brought by COVID-19.

“Based on in vitro data,there may be a reduction in the efficacy of the antibodies,” Dr Cynthia Saloma said about the E484K mutation during a livestream briefing on Friday, February 19.

This is why they called the mutations “concerning.”

What’s the difference between mutations, variants, and strains? What does variant of concern mean?

According to the DOH-7, “variant of concern” means that researchers have not yet identified the exact origin of the variant or its difference in terms of transmission and intensity compared to foreign variants.

Dr Junjie Zuasola, head of the regional health department’s Epidemiology and Surveillance Unit, called the suspected variant “homegrown” but did not elaborate on what made the health department believe it was homegrown.

“Whether it is virulent, we still need to study some more,” Zuasola said.

But they are not ruling out the possibility that this variant could be responsible for the continued surge in cases in Cebu City and other areas in the province.

“One thing is for sure, this could be one of the major reason why there was a second spike,” Zuasola said.

“Be that as they may, the regional epidemiology and surveillance office is doing whatever they can in their capacity to coordinate with local government units to stamp the spread of this virus,” the epidemiologist said. 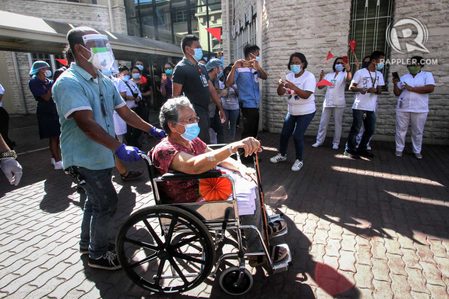 In a statement on Thursday night, the DOH said that “current available data are insufficient to conclude” that the mutations found in the local samples in Cebu will have “significant public health implications.”

The health department also reiterated that “viruses undergo mutations as they reproduce, both within the human body and when they are transmitted from one person to another.”

“Those classified as variants of concern have reported clinical significance, such as the increased transmissibility of the B117 variant,” the DOH added.

What are local governments doing about it?

Despite the increase in the number of cases, local government units are not inclined to return to a stricter level of quarantine.

According to  Mel Feliciano, chief implementer in the Visayas of the Inter Agency Task Force who was also present at the press conference, the city’s COVID-19 Emergency Operations Center is working double time to contain the virus.

“All close contacts are being traced, tested and isolated,” he said. “We have no backlog.”

The Office of the Presidential Assistant for the Visayas, in cooperation with local government units and the business sector, set up its vaccine regional operations center in Mandaue City.

The health department emphasized that the variants were more reason to get vaccinated.

However, local officials have not been able to provide an exact date as to when the vials of the COVID-19 vaccines will arrive and when frontliners and senior citizens can begin to get their shots.

How is Cebu City doing now?

Cebu City has been seeing triple digit new cases and tops the list of cities in the Philippines with the most number of new daily cases.

Prior to the holidays, it was able to keep its new cases of COVID-19 to a minimum even while the city was under the least restrictive quarantine status.

According to OCTA Research Cebu City, between January 27 and February 16, the city had a total positivity rate of 13% and an attack rate of 16.6.

Positivity rate is the number of individuals testing positive out of total number of tests during a given period.

Attack rate is the total number of people testing positive out of the population.

Health organizations consider a positivity rate of 5% to indicate a locality has the pandemic under control, while an attack rate of over 7% is considered high risk.

Cebu City reported 245 new cases on Wednesday evening, February 18. This brings the total up to 2,668 active cases out of 15,308 total COVID-19 cases in the city.  (READ: COVID-19 in Metro Cebu: Latest situation and developments) – Rappler.com