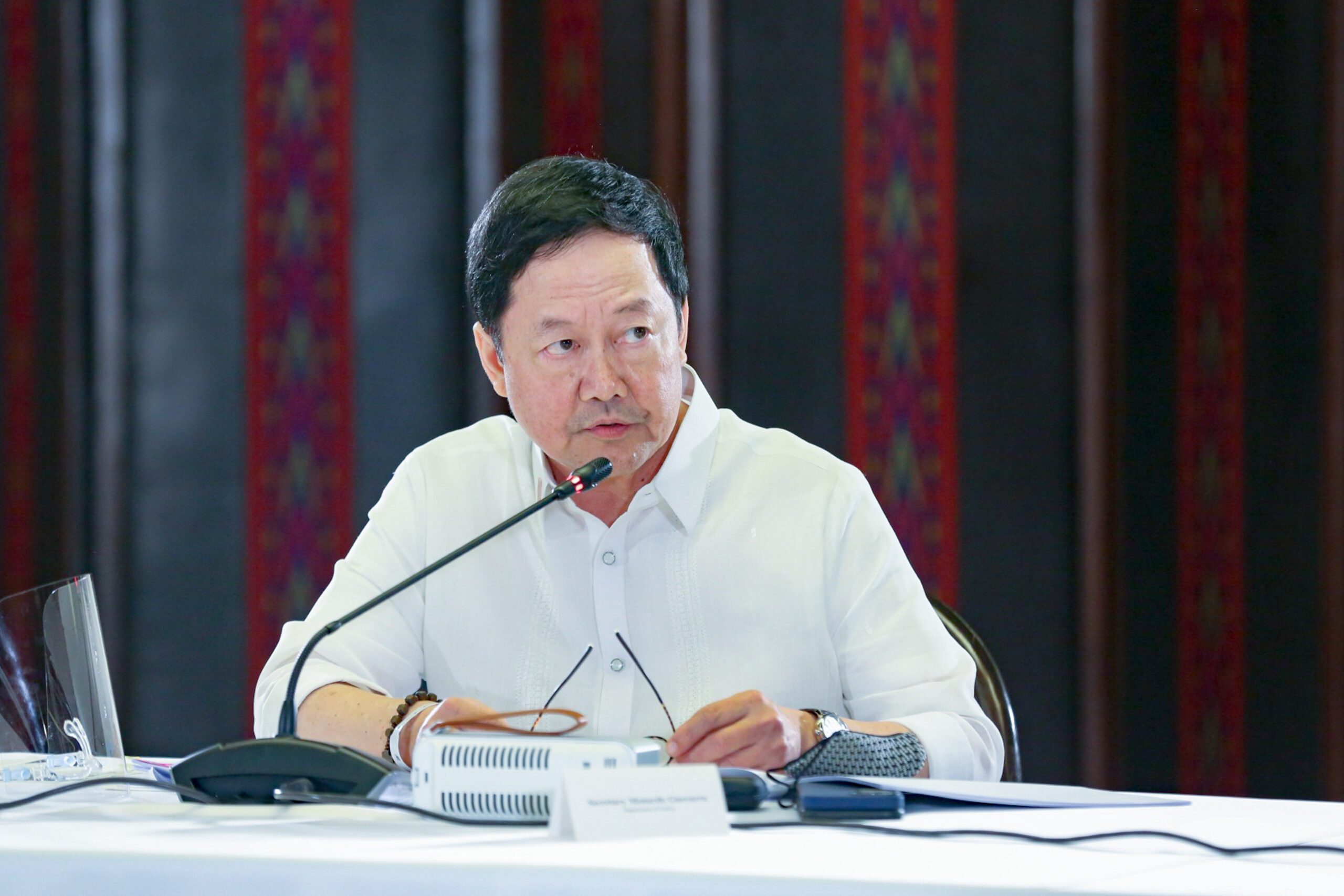 FORMER DOJ CHIEF. A file photo of former justice secretary Menardo Guevarra in a meeting at the Palace with former president Rodrigo Roa Duterte on January 4, 2022.

Facebook Twitter Copy URL
Copied
'Stop labeling them and do whatever is necessary to prosecute them,' says outgoing Justice Secretary Menardo Guevarra

(What’s the point of labeling people, nothing will happen if you just label people. If you have evidence against them, then follow the necessary legal action against them. But if you don’t have evidence to support anything, except to suspect that they are fronts of communist terrorist groups, then don’t say anything because you are just endangering certain people.)

Red-tagging, or the act of labeling people as armed communist rebels, had been rampant under the Duterte administration through the notorious National Task Force to End Local Communist Armed Conflict (NTF-ELCAC). Activists who were arrested, jailed, charged, and killed in Duterte’s crackdown were all red-tagged.

Guevarra as justice secretary sits as member of the NTF-ELCAC, but he said on Wednesday he doesn’t believe that it’s official task force policy to red-tag.

(There are just certain persons associated with the NTF-ELCAC who might have been vocal about their impressions about certain groups that’s why they say these people are red-tagging certain groups.)

Guevarra said the Department of Justice (DOJ) has been “very clear” about its position on anti-insurgency policy, which is to “stop labeling them and do whatever is necessary to prosecute them.”

Guevarra said they communicated this position to the officials of the NTF-ELCAC, but “as to how they reacted to that position of the DOJ, I wouldn’t really know if they heeded it or they ignored it.”

Guevarra took the DOJ out of the obligation to lawyer for NTF-ELCAC’s cases, which was then passed on to the Office of the Solicitor General (OSG). This is Guevarra’s strongest statement yet against red-tagging.

Previously, Guevarra said he supports the passage of a law that would make red-tagging a crime. Red-tagged groups have resorted to unique suits to hold their taggers accountable, like the notorious press undersecretary Lorraine Badoy. Badoy had red-tagged even journalists during her stint.

Incoming justice secretary Jesus Crispin “Boying” Remulla still maintains he does not red-tag when he links people to the armed communist group, claiming it is “unmasking.” Remulla previously told Rappler he is open to studying amnesty for activists.

The DOJ heads a panel that focuses on solving cases of, and preventing, politically-motivated killings or harassments. 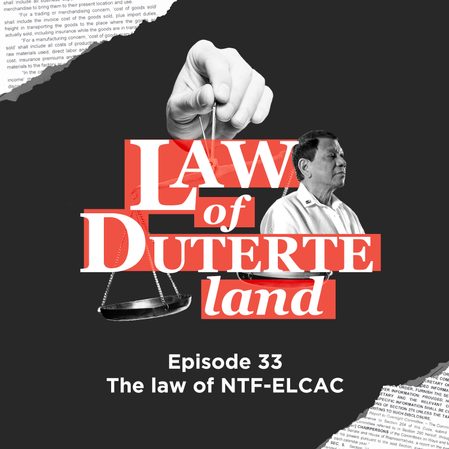