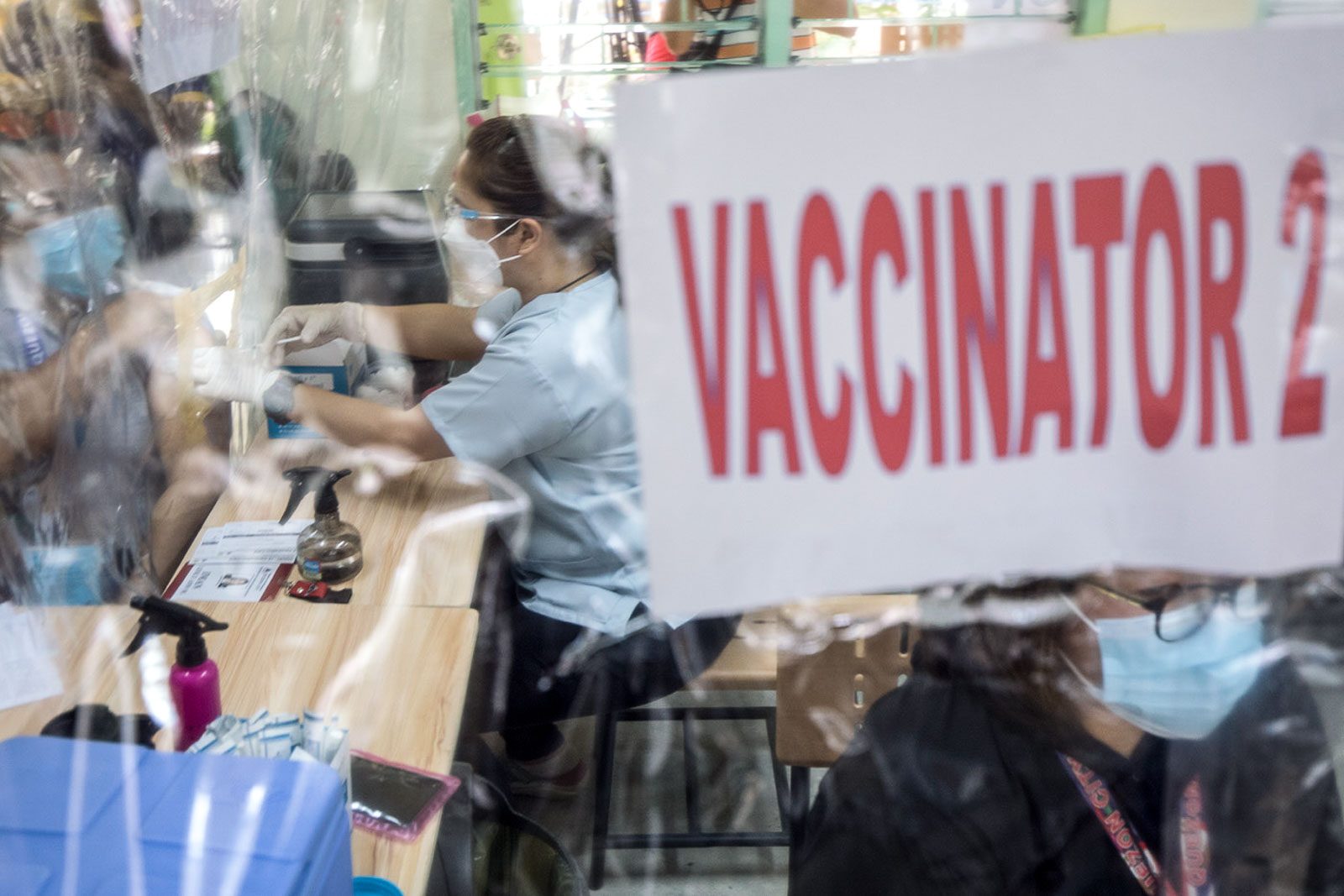 Facebook Twitter Copy URL
Copied
There is no penal law against cutting the line to get ahead in the vaccination priority list, says Justice Secretary Menardo Guevarra

In the Philippines, the first COVID-19 vaccines entered the country without going through the Bureau of Customs, and that jumping the priority list for immunization does not amount to a penal offense.

Justice Secretary Menardo Guevarra said the initial report of the National Bureau of Investigation (NBI) showed “no findings that the early COVID-19 vaccines went through the Customs area.”

“They might have been brought in in convenient packages – in a luggage, carry-on bag, etc. Maybe through a private flight too. But the NBI has not specified these,” Guevarra told reporters on Thursday, March 25.

The NBI probe covered the smuggling of vaccines and the unauthorized immunization done late in 2020. However, the Department of Justice (DOJ) and the NBI have always been evasive about whether it would look for liability of either the Presidential Security Group (PSG) or even Special Envoy for Public Diplomacy to China Ramon Tulfo.

Now that doses of vaccines are officially and legally here, some officials and individuals have been cutting the line to get ahead in the priority list. The first doses are meant solely for healthcare workers.

But there is no penal law – or law that would amount to jail time – against jumping the priority list, said Guevarra.

“There are no penal provisions found in the new vaccination law,” said Guevarra.

Government officials who jumped the list, however, may be sanctioned under administrative laws.

“For government officials, though, the Code of Ethical Conduct provides penalties for certain acts or omissions, such as for misconduct, abuse of authority, or conduct prejudicial to the interest of the service,” said Guevarra.

The Code of Conduct is not a penal law, but can result in suspensions or dismissals. – Rappler.com