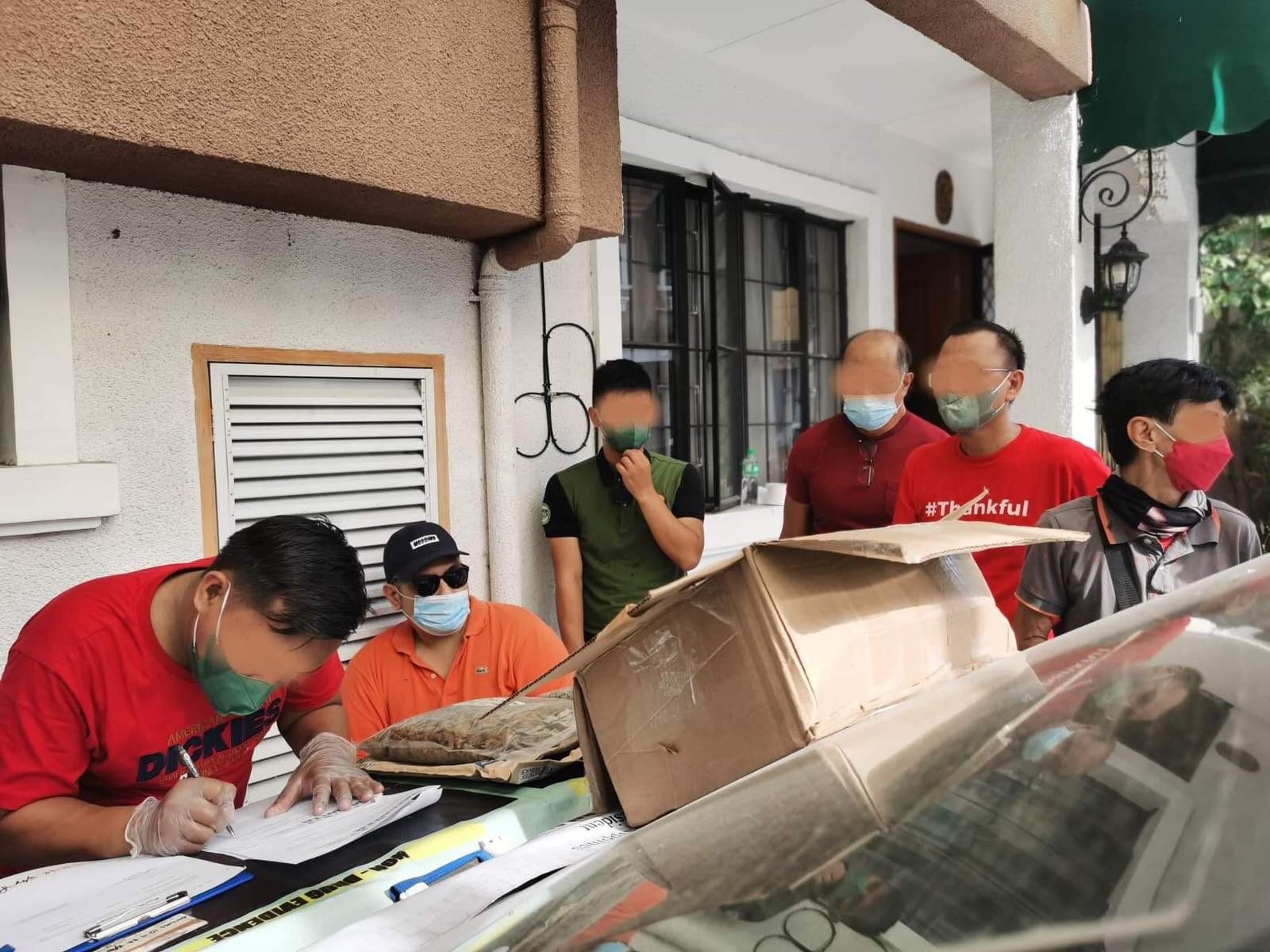 ARRESTED. A photo of Juanito Jose Remulla III, Justice Secretary Boying's son, after his arrest in Las Piñas on October 11.

The case was filed before the Las Piñas City Regional Trial Court on Friday at around 2:40 pm, according to Las Piñas prosecution attorney Jennah Marie dela Cruz. The prosecutors pushed to charge Remulla for violation of section 11 of the Comprehensive Dangerous Drugs Act of 2002.

Under the law, Remulla could face the penalty of life imprisonment and a fine ranging from P500,000 to P10 million.

(As of 2:40 today, we filed a case before the Las Piñas RTC. We filed for violation of Section 11 of RA 9165 that is possession of illegal drugs because that’s what’s based on the evidence we evaluated. That’s the most appropriate case we can file.)

The prosecutors did not also recommend bail for the DOJ secretary’s son due to the amount of suspected drugs recovered from him, according to the prosecutor.

Originally, Remulla underwent inquest proceedings for importation of dangerous drugs and violation of the Customs Modernization and Tariff Act. However, according to Dela Cruz, the complaints will undergo preliminary investigation and have been referred to Pasay City prosecutors, since they have jurisdiction over the place where the incident happened.

On October 11, Juanito Jose, the justice secretary’s eldest son, was nabbed by authorities for alleged possession of suspected marijuana. However, it was only on October 13 when Remulla issued a statement and the Philippine Drug Enforcement Agency (PDEA) released further details about the incident.

As justice secretary, Remulla heads all the prosecutors in the country – some of whom decided on the case of his son. In his statement, Remulla said he would not intervene in any way in his son’s case. “I can assure you, wala pong kahit anong participation or intervention ‘yong any department, especially the secretary of justice kasi rin kahapon, we are blocking people to come inside our office. So ‘yan pong resolution ng opisina namin ay joint effort po talaga ng aming chief ng aking reviewing officer, and myself as being prosecutor.”

(I can assure you, there has been no form of participation or intervention from any department, especially the secretary of justice, because yesterday, we were blocking people from entering our office. That resolution of our office was a joint effort of our chief as my reviewing officer, and myself as the prosecutor.)

Juanito will remain under the PDEA’s custody, while waiting for further orders from the court. – Rappler.com