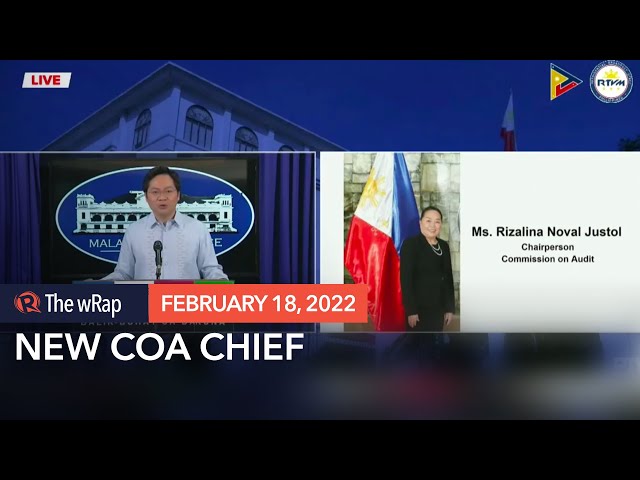 Acting Presidential Spokesperson Karlo Nograles said that the President signed Justol’s appointment on Thursday, February 17. “We wish chairperson Justol’s success in COA and assure her that government will always be supportive of COA’s efforts to ensure transparency and accountability on the use of government funds,” he said.

Justol succeeded Michael Aguinaldo who ended his term as COA chief on February 2. Before becoming COA chief, Justol had served as Deputy Executive Secretary for Finance and Administration under the Office of the President.

In a separate complaint, Domingo also accused Duterte and other city school board officials of unlawful use of Special Education Funds amounting to P11.5 million which was spent on the program called “Pahalipay ni Mayor” in 2005.

Duterte had dismissed the complaint as politically motivated, according to a Philippine Star report in 2011.