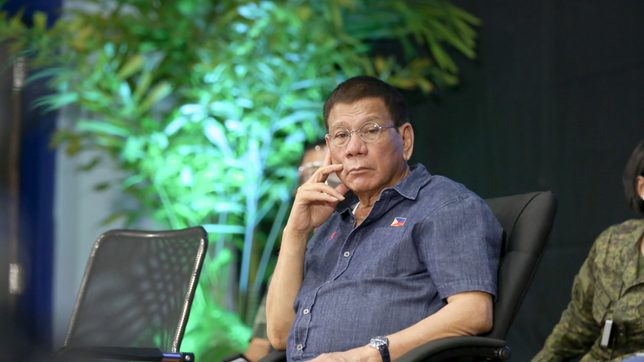 ALSO A LAWYER. Malacañang claims the President is bothered by attacks on lawyers.

Malacañang said President Rodrigo Duterte is himself bothered by the recent attacks and killings of lawyers, deaths which critics say were enabled by a culture of impunity inspired by the Chief Executive.

(The President was a former fiscal and he is also concerned that his fellow lawyers are becoming victims.)

Roque was asked for the Palace’s thoughts on the Supreme Court’s rare statement condemning the attacks on members of the legal profession.

“We fully support the declaration of our courts. And because we are in the executive, the promise of our President is to implement all our laws,” said Roque in Filipino.

But asked if the High Court’s statement indicates the failure of the Duterte administration to crack down on such killings, Roque said it was not because the job of human rights lawyers is fraught with danger, echoing a controversial statement made by Justice Secretary Menardo Guevarra.

(In the field of human rights, there is no guarantee that there will be no violation against the right to life. The real obligation is to provide remedy, investigate, and punish the killers.)

Yet even on this front, the Duterte administration’s accomplishments have been lackluster.

As of this month, there have already been 61 lawyers killed under the Duterte presidency alone, compared to 49 from Marcos to Duterte’s predecessor, Benigno Aquino III.

Duterte – known to rant in public on whatever bothered him – has not spoken of his concern over the lawyer killings in recent public speeches. What he has said in recent days are violent threats against groups he believes to be “legal fronts” of the Communist Party of the Philippines.

Asked if Roque had heard the President directly speak of the issue, the spokesman was vague.

(There is no need to speak. He gave an order that the police and NBI have to conduct a speedy and thorough investigation into the killings that are happening.)

Roque himself used to be a human rights lawyer before joining the government to be Duterte’s mouthpiece. – Rappler.com