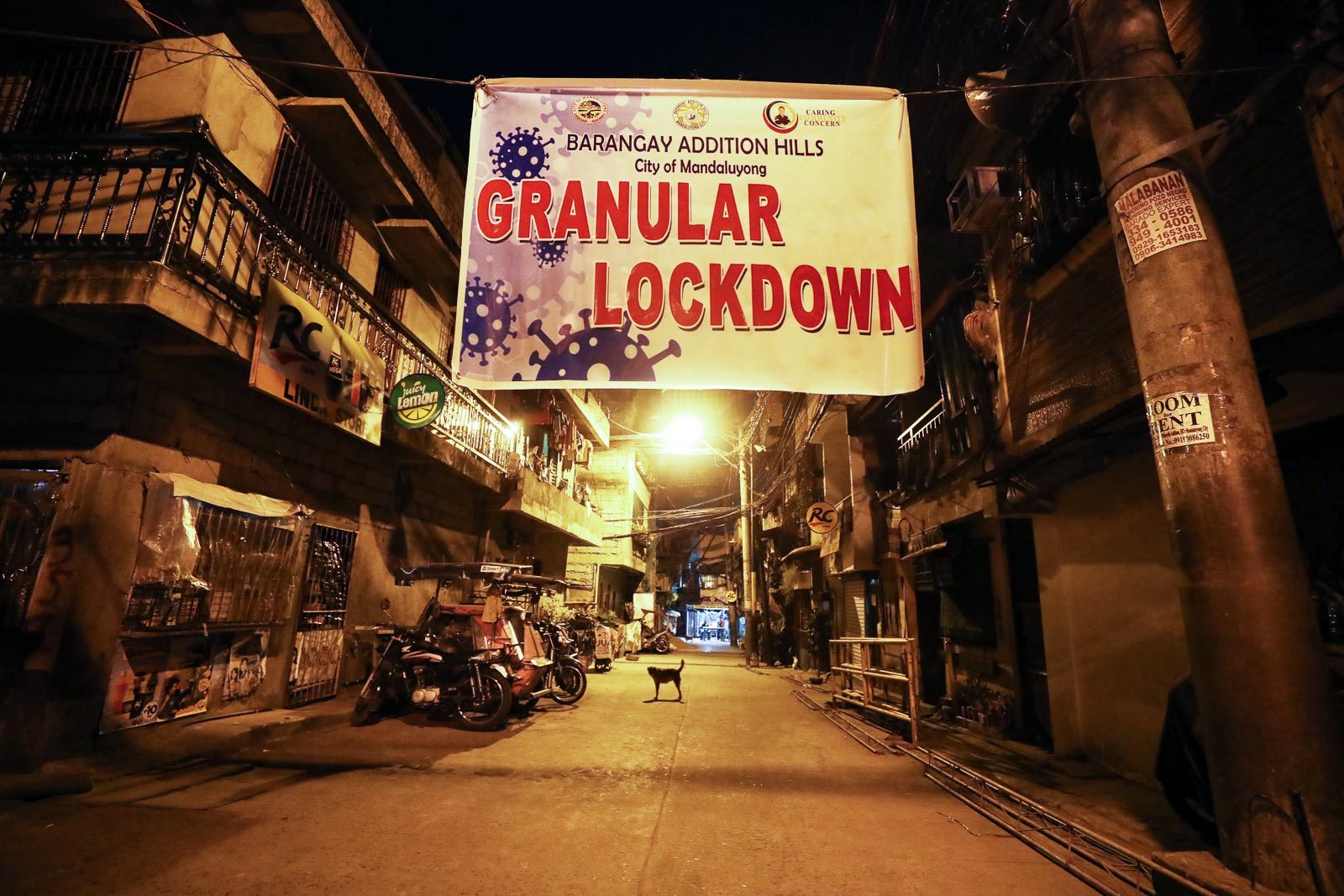 LOCALIZED LOCKDOWN. Barangay officers roam to apprehend residents violating the curfew during the start of the seven-day granular lockdown in three alley communities in Barangay Addition Hills in Mandaluyong on March 12, 2021.

The Duterte administration’s strategy of enforcing region-wide or province-wide lockdowns to address the spread of COVID-19 may soon come to an end, as the government eyes more granular lockdowns instead.

Department of the Interior and Local Government (DILG) Secretary Eduardo Año said the proposed policy shift is on the table, although it has yet to be approved by President Rodrigo Duterte.

(There will be no more wide lockdowns but granular lockdowns. Local government units will play a huge role because they will determine their community quarantine classifications.)

(This is what we call a shift in policy, subject to the President’s approval.)

Año, however, clarified that large areas may still impose uniform lockdown curbs if they wish to do so.

(In NCR, if they want a one-region policy, that’s okay. What’s important is they are in agreement, and that areas under the highest alert level will be given utmost attention.)

“As early as now, there must be a system in place that if a certain LGU has breached a certain level of expenses and it needs help, and probably some of the factors will be the active cases in their areas and probably the prolonged lockdowns, could there be cost-sharing? If we could have this formula in mind, in a system, at least it would not be that difficult for every LGU,” Abalos said on Tuesday, August 24. 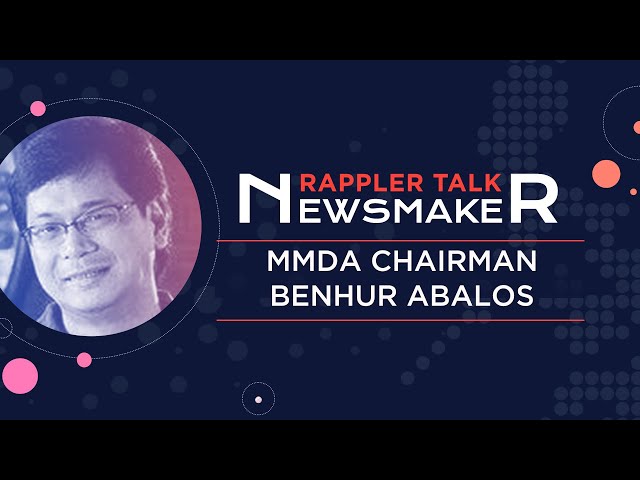 There are currently four community quarantine classifications in the Philippines, which the Duterte administration has been using since the pandemic began in 2020.

LGUs, however, have also been given the power to implement granular or localized lockdowns, where movement is restricted in certain areas in a barangay to mitigate the COVID-19 spread.

Año said the proposed policy could be implemented by September once approved by Duterte.

(This is what we call living with the virus, so that an entire province or city need not be restricted.)

“Tamang-tama naman, by that time, mataas na rin ang ating vaccinated population (Our vaccination population would have increased by that time),” he added.

Metro Manila, a COVID-19 hot spot that is home to over 13 million people, is under modified enhanced community quarantine (MECQ) until August 31, the day that the lockdown classification will expire. – Rappler.com