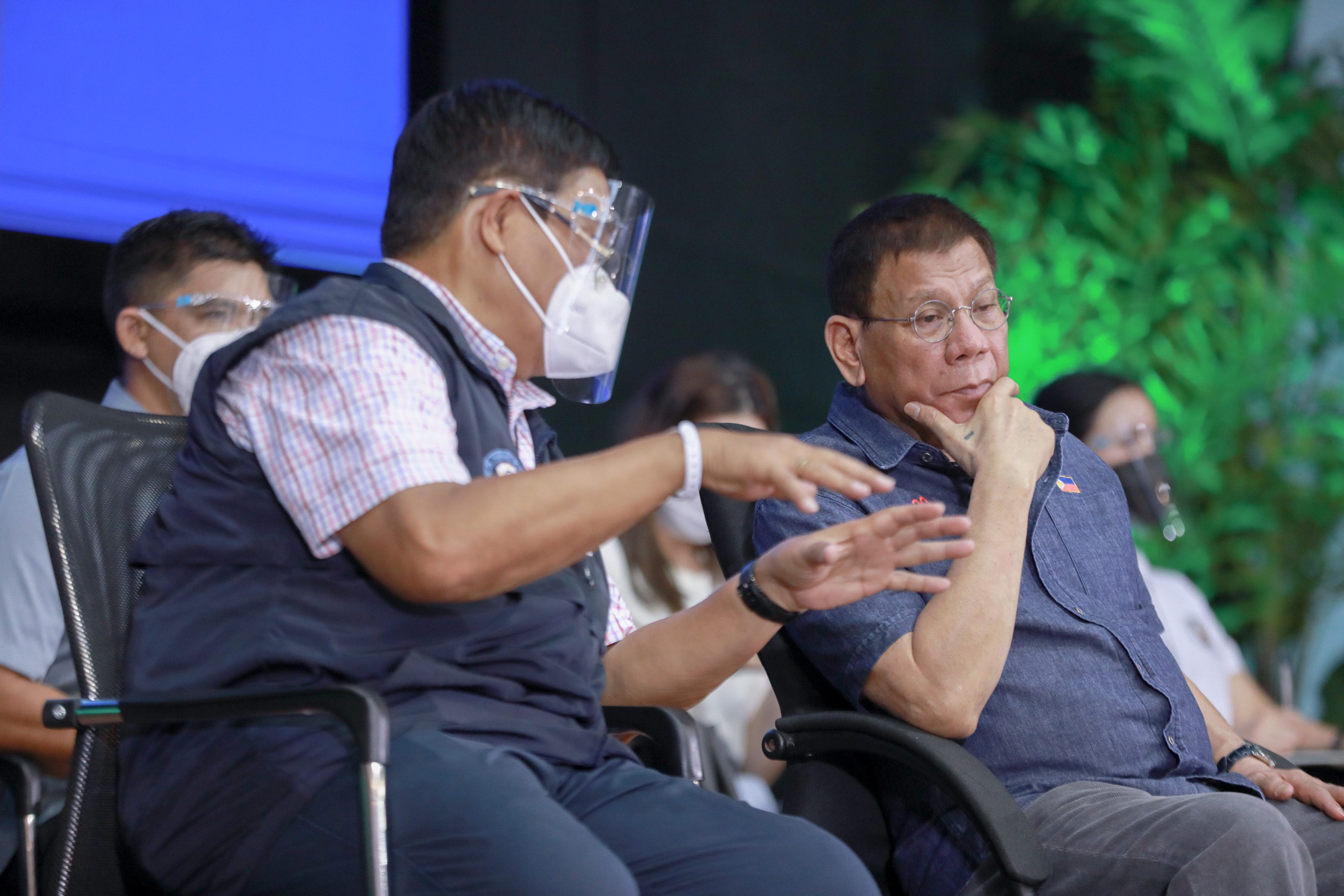 Esperon is vice chairperson of the National Task Force to End Local Communist Armed Conflict (NTF-ELCAC), a task force accused of red-tagging but which the Duterte government says is necessary to fulfill the President’s promise of ending the communist insurgency.

(This 2020, 1,375 more barangays were cleared. We will ask Congress for funds for this so that peace and development can continue in those conflicted areas.)

If included in the 2022 General Appropriations Act, the government would disburse these billions of funds during an election year. However, the Omnibus Election Code prohibits the government from disbursing public funds and delivering materials for public works 45 days before a regular election.

The amount P27.5 billion is nearly double that approved by Congress for the NTF-ELCAC’s barangay program this year of P16.4 billion. This fund is to be distributed to 822 “communist-cleared” barangays in the form of projects worth P20 million for each barangay.

Not for elections, but…

Esperon denied that the barangay reward program, officially known as Barangay Development Program (BDP), will be used by the Duterte administration to influence the 2022 national elections.

“Some people were saying it’s for elections. No. Elections is not on our minds,” he said.

But if residents of barangays benefit from the program, they would likely attribute their improved quality of life to local officials who managed to score the funds through anti-communist efforts.

“If the programs are implemented well, can we blame the people if they thank the governor, municipal mayor, city mayor, or barangay captain? If good governance is rewarded, then that is all good for us,” he said in a mix of English and Filipino.

However, groups like the Makabayan bloc in Congress, have said the program is problematic because the NTF-ELCAC gets to choose which barangays get rewarded.

Because only “communist-cleared” barangays will get the aid, it could motivate local officials to crack down even on people expressing legitimate dissent or grievances if they are accused of being sympathetic to communists. (READ: The generals’ pork? Duterte eyes P16.4-B fund for anti-communist task force)

Duterte personally attended the first turnover of millions worth of projects to barangays, in Cagayan de Oro City last March 5. He is set to hand over aid in more regions in the coming weeks, Esperon has said. The next turnover will be in Eastern Visayas.

Esperon did not respond directly when asked by Rappler what the NTF-ELCAC’s criteria is for determining when a barangay has been cleared of “communist influence.”

He only said: “In our task forces, we have what you call community support team composed of the Armed Forces. When the armed elements leave, the other elements come in called Retooled Community Support program and the barangay officials are there, the police, the national and local agencies.”

Defense Secretary Delfin Lorenzana, in a message, advised Rappler to check with the Armed Forces.

The Department of Budget and Management circular that spells out guidelines for the P16.4-billion fund does not include detailed criteria either. – Rappler.com