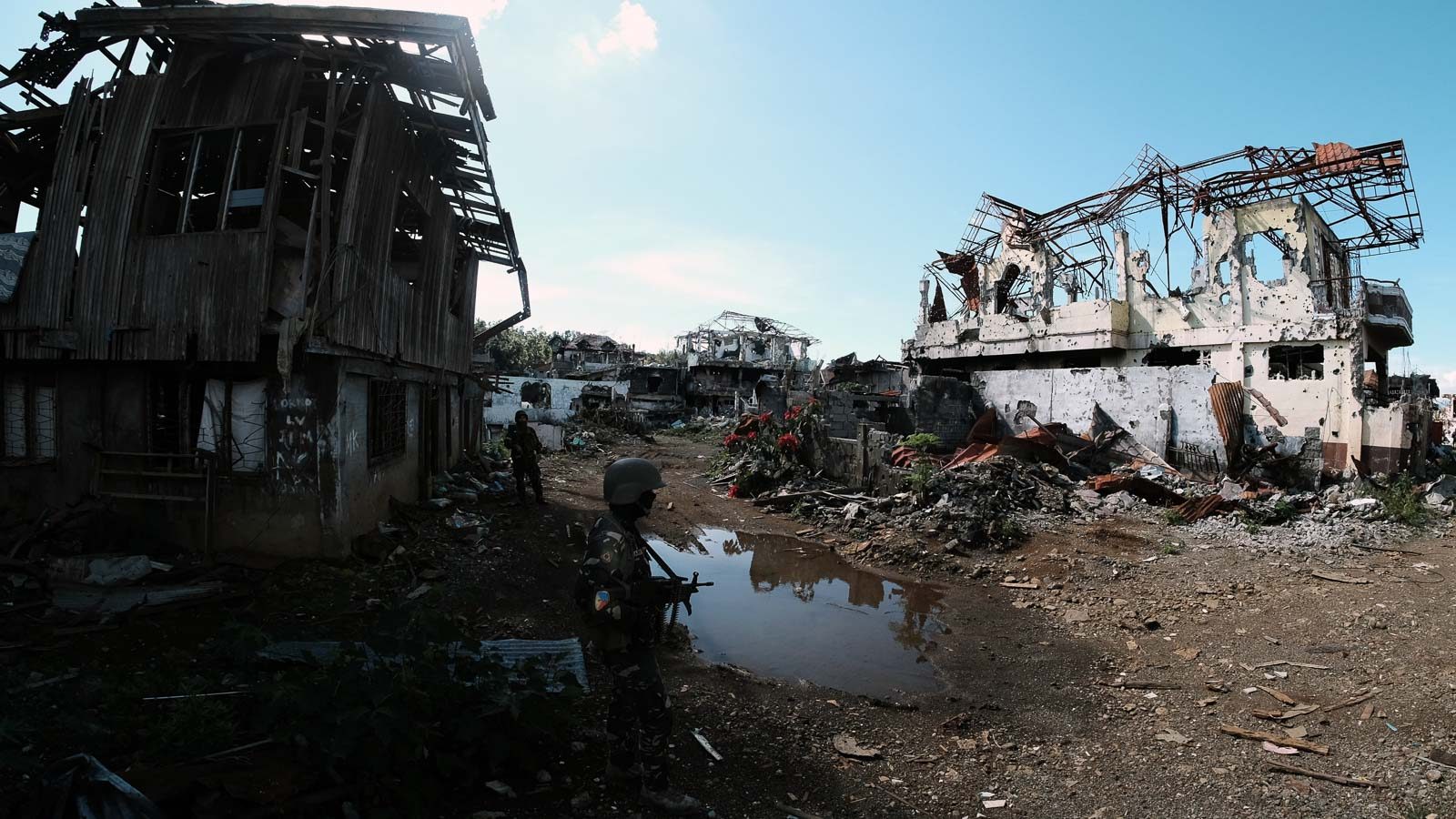 REHABILITATION. On Monday, September 6, 2021, congress passed house bill 9925 into the Marawi Compensation Act which will compensate residents of the Most Affected Area for the damages of the loss of their properties and businesses.

Facebook Twitter Copy URL
Copied
Heirs of victims who lost their lives during the Marawi siege, including those legally presumed dead, are entitled to compensation under the law

MANILA, Philippines – President Rodrigo Duterte signed into law a measure that will provide monetary compensation for people who died and lost their properties during the war in Marawi City.

Acting presidential spokesperson Martin Andanar announced the signing of Republic Act No. 11696, or the Marawi Siege Compensation Act of 2022, on Wednesday, April 27.

Heirs of victims who lost their lives during the Marawi siege, including those legally presumed dead, are entitled to compensation under the law.

Owners of “residential, cultural, commercial structures and other properties” inside main affected areas (MAAs) and other affected areas (OAAs) which were destroyed during the siege shall also receive tax-free compensation.

Barangays under MAA include:

OAA barangays, meanwhile, are the following:

Owners of private properties demolished as part of the Marawi rehabilitation program will also be compensated.

The law is expected to create the Marawi Compensation Board, an independent and quasi-judicial body which will be handle all applications and resolve disputes over claims, among others.

The board will be composed of nine members and is required to have one doctor, one certified public accountant, one educator, and one licensed engineer among its roster. At least three members should be lawyers – “preferably Maranao lawyers” – while two should be representatives of civil society organizations, including one who is either a Sharia lawyer or a Muslim traditional leader.

The Philippine president will appoint the members upon the nominations of traditional leaders and civil society organizations, among others.

Claims can be filed within the one-year period after the creation of the compensation board. According to the law, “failure to file an application within the same period shall be deemed a waiver of the right to file the same.”

The signing of the law comes almost 5 years since the war erupted on May 23, 2017 between government forces and terrorists from the Maute Group.

The months-long conflict displaced thousands of Marawi residents and they continue to face hardship as the Duterte government has yet to fully rehabilitate the city and surrounding areas.

In February 2022, Task Force Bangon Marawi chair and Housing Secretary Eduardo del Rosario said that the rehabilitation program would be “90 to 95%” finished before Duterte steps down from office as his term ends on June 30. – Rappler.com