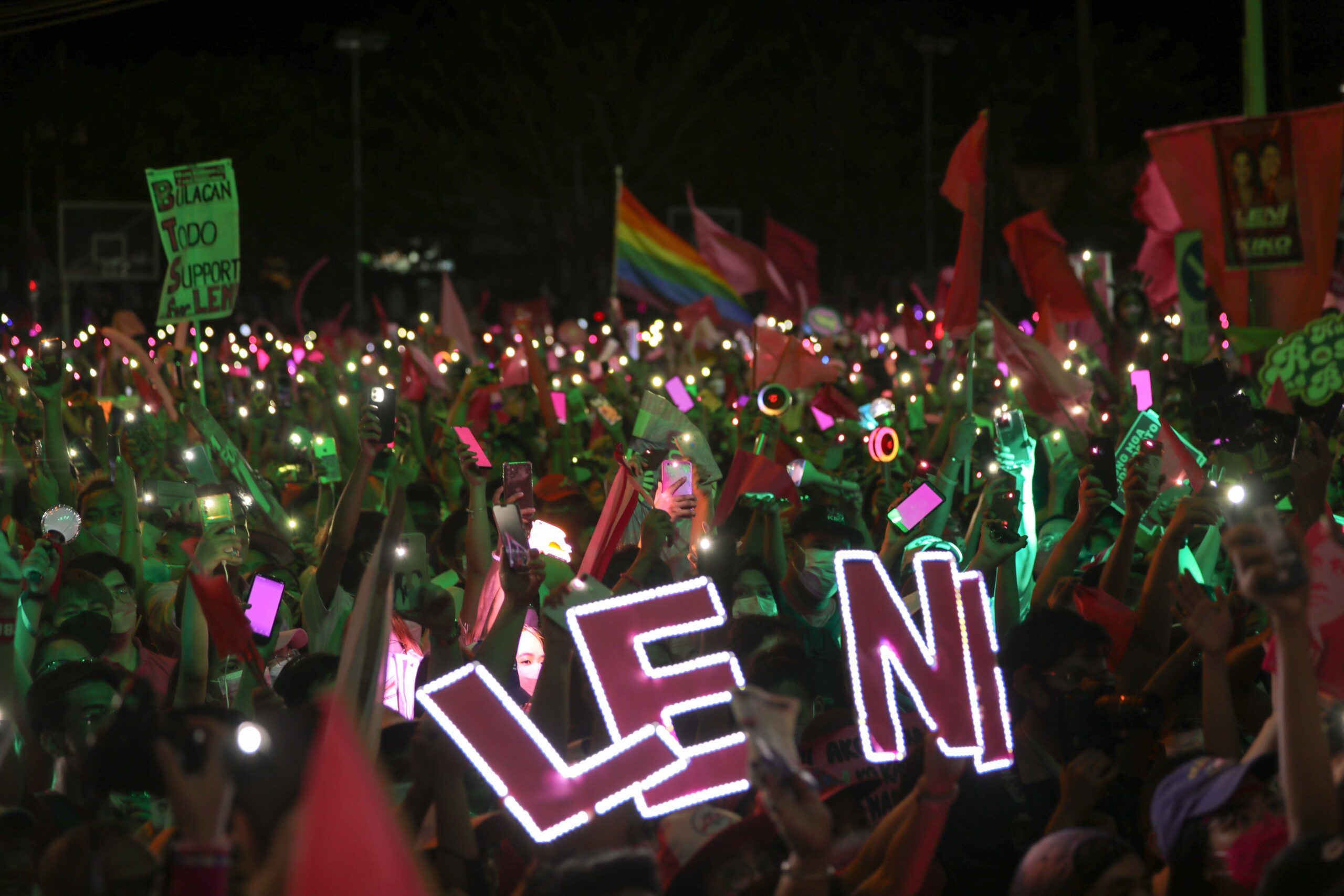 At an event in the Bulacan Capitol Gymnasium in Malolos City, Fernando called Robredo “president” as he introduced her to the crowd.

Fernando said Bulakeños should vote for a leader who would preserve democracy in the Philippines.

(For us, Bulakeños, our province that was the home of the first free republic in Asia, let us ask for all the help and guidance of our Lord for our generation. We hope that we are provided with a good leader who will care for us as a nation. Someone who will preserve democracy that was the legacy of our leaders, someone who lead our government with pro-people policies, and someone who would push for a genuine chance in our society.)

Robredo was received warmly by Bulakeños on Saturday. According to her camp, some 45,000 people joined her grand rally in Malolos City.

In 2016, 43% of Bulakeños voted for dictator son Ferdinand “Bongbong” Marcos Jr. Some 28% of the voters chose Robredo.

Bulacan has the 5th most number of voters among provinces. Some 2 million Bulakeños will vote on May 9. – Rappler.com