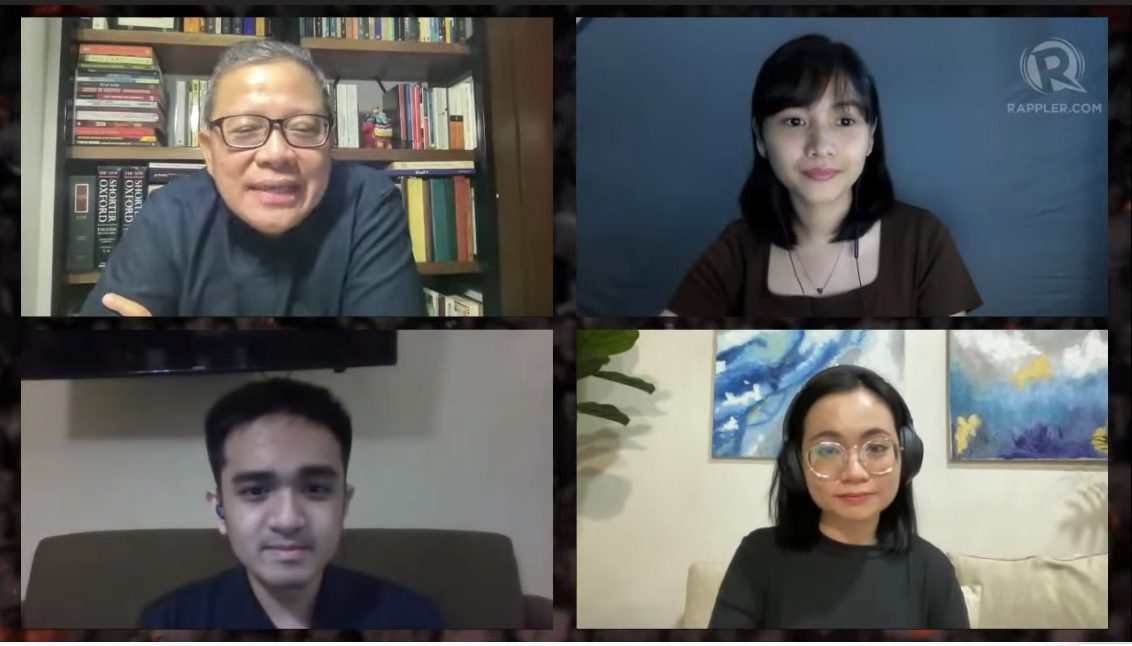 ON THE CAMPAIGN TRAIL. Host John Nery speaks with members of the Rappler forensics and research team.

That January 2022 is coming to an end, for the more politically-inclined in the Philippines, means only one thing – the campaign period is finally drawing near (February 8 for national candidates and March 25 for local bets).

For the especially data-driven, it also means the regular release of preference polls and an easier, publicly-available means to gauge where candidates are and what they should do ahead of the May 9 elections.

The younger Marcos was top choice for 53% of respondents, trailed by Vice President Leni Robredo (20%) at a distant second.

“That’s a possibility that we can look at, but it may be a little more difficult to sustain this particular preference. It really depends on how the campaign would proceed. It also depends on the issues each of these candidates are confronting and how they would respond to these issues,” said Holmes on Wednesday, January 19, in an episode of On the Campaign Trail. 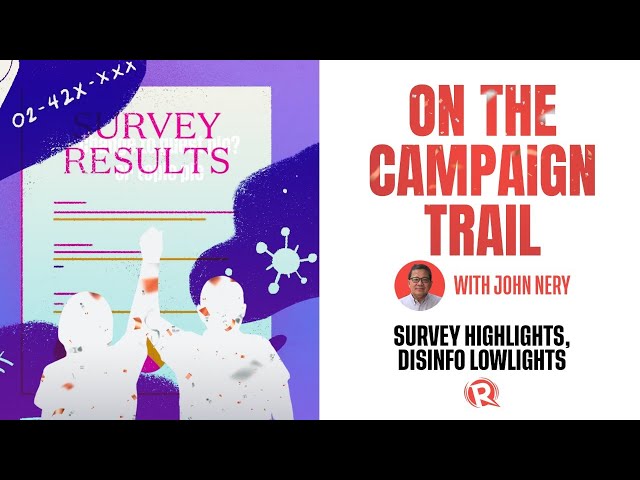 Rappler columnist John Nery had asked Holmes if it was possible for the country to have its first majority-elected president in the post-Marcos years.

“If the elections were held at that time, Marcos would have a majority win but we’ve seen…whatever is the lead, the share of the votes of the leader eventually declines and is reduced up to election day,” added Holmes.

Former vice president Jejomar Binay is all too familiar with this scenario – he was the leader in early preference polls but saw his numbers gradually decline up until election day. Rodrigo Duterte, then Davao mayor, won the 2016 polls.

Preference surveys are a snapshot of a population’s sentiments during a particular timeframe. In the case of the December 2021 Pulse Asia survey, the results were a snapshot of public preferences from December 6 to 11.

To be sure, the Marcos camp isn’t letting its guard down.

A recent Rappler investigation uncovered the “early stages of a propaganda network” in favor of the late dictator’s son on a platform that he’s yet to conquer: Twitter.

“Twitter is one of the newest spaces we’re exploring. For now, you can already see signs of a disinformation network. It’s already expressing characteristics…just like the 2019 study, what happened on Facebook, and even TikTok,” said Dylan Salcedo of the Rappler forensics and research team.

The Rappler team found that a bulk of tweets sent out to support Marcos during “Twitter parties” were made by accounts created only in late 2021 – the same month the former senator announced his bid for the presidency.

“The Twitter party included the hashtag ‘Laban Marcos’ and the phrase ‘The real people power.’ It’s the same messaging that attempts to revise history – basically, the narrative is that the Marcoses are the real victims and the return to Malacanang is overdue. When they said ‘real people power,’ they’re throwing away whatever happened during the 1986 People Power revolution. It’s the same narrative that the Marcos disinformation network has been pushing on Facebook,” said Pauline Macaraeg from the same Rappler team.

The team also observed the same behavior in the aftermath of a report that claimed the Commission on Elections (Comelec) had been hacked.

The narrative? That the Comelec is not to be trusted and that someone – one of Marcos’ 2022 rivals, in particular – was somehow behind the so-called “hack.”

“It gave us another thing to look into because while the [alleged] Comelec hack has a lot of gaps that need to be examined more, the way that [Marcos] supporters were taking advantage of the issue was striking…none of [the hacking allegations have been] proven yet, it’s not proven that there was a hack, it’s not proven that this person was behind so and so,” added Baizas.

Why bother with Twitter? The role social media is already playing in the lead-up to the May 2022 elections cannot be overstated, pointed out the forensics and research team.

“There are attempts online to push false narratives, false claims about the elections – maybe to sow distrust in the democratic process. Since Filipinos are prolific users of social media, I think that also affects how disinformation would impact the elections in 2022,” added Macaraeg. – Rappler.com