#PHVote: Have you seen tarpaulins of government officials in your area? With the 2022 elections just around the corner, many Filipinos observed the increasing appearance of tarpaulins featuring government officials. Many of these posters have subtle to outright reference to the upcoming polls.

Section 80 of the Omnibus Election Code says that any election campaign or partisan political activity is prohibited outside the campaign period. This applies to candidates as well as their supporters. 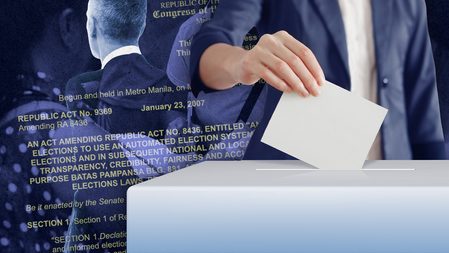 However, Section 13 of Republic Act No. 9369 provides that candidacies are only official once the campaign period starts. This means that “unlawful acts or omissions applicable to a candidate shall effect only upon that start of the aforesaid campaign period.”

Commission on Elections (Comelec) spokesperson James Jimenez referred to this provision in election rules as a “loophole.” The campaign period for national positions will start on February 8, 2022, and on March 25, 2022 for for local positions.

MovePH, Rappler’s civic engagement arm, is crowdsourcing photos of tarpaulins that feature government officials. Once you spot them, provide us the following information:

Send the report to community+phvote@rappler.com.

Have you registered to vote for the 2022 elections? You may want to join our #WeDecide social media campaign. Shoot a one-minute video of yourself answering these questions: Why did you register to vote? Why do you think it’s important for every Filipino to exercise his or her right to vote?

Submit your entries by sending them community+phvote@rappler.com with the subject “#WeDecide video.” – Rappler.com