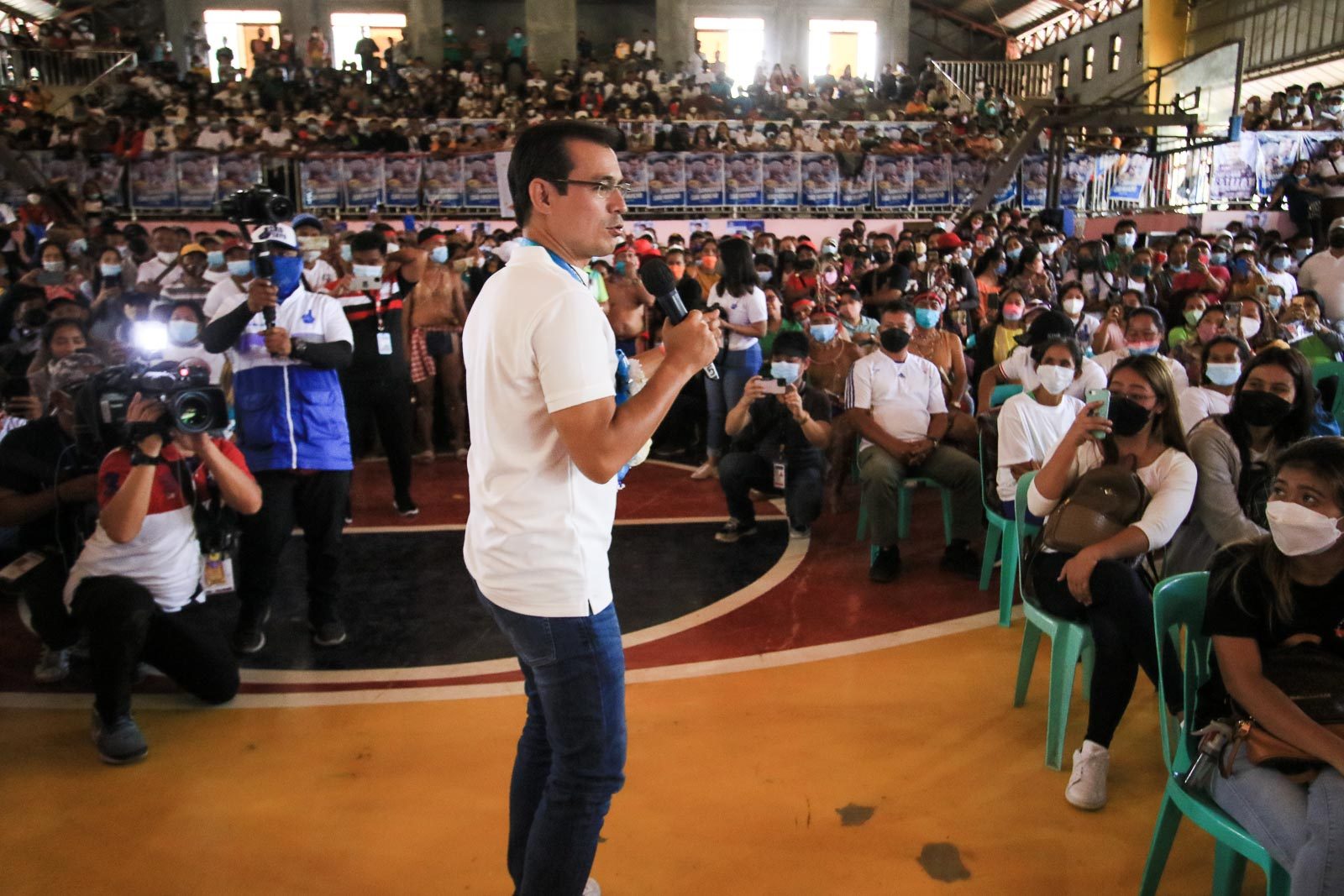 IN THE NORTH. Aksyon Demokratiko Presidential candidate Isko Moreno meets supporters during his campaign in Quirino province on March 3, 2022. Rappler

MANILA, Philippines – If elected president, Manila Mayor Isko Moreno pledged to push for amendments to the controversial rice tariffication law that had been championed by President Rodrigo Duterte’s economic team and hailed as an achievement of his presidency.

“Here in Kalinga, I made a commitment earlier that, first, I will revise the rice tariffication law,” said Moreno while campaigning in Tabuk City in Kalinga province.

His visit marked his first foray into the Cordillera Administrative Region (CAR), where agriculture is a major source of livelihood.

Moreno said he had heard the region’s farmers complaining about how the law has hurt their income. By liberalizing the trade of rice, the law has flooded the market with imported rice, which has sent the price of the staple tumbling down. While good for consumers, this has hurt Filipino farmers who thus struggle to make a profit.

(They are asking if the rice tariffication law can be revised, especially the quantitative portion because the entry of rice into the country is too much, our farmers can’t make money because no one is buying their rice for a good price.)

Moreno acknowledged that amending the law would take time. Hence, he said, his government would protect farmers by imposing stricter phytosanitary standards on rice imports or other agricultural imports.

“Dadaan sila sa butas na karayom (The imported products will go through the eye of a needle),” he said.

He would then complement these efforts with a crackdown on the smuggling of agricultural products.

Read the rest of Isko Moreno’s plans for the agricultural sector here.

The rice tariffication law had been controversial since its inception. Even former Duterte agriculture secretary cabinet Manny Piñol had thumbed down the measure when it was being proposed by the economic officials in the Cabinet.

He said the law would put Filipino farmers at the mercy of agricultural imports, would disproportionately benefit rice traders, and make the country dependent on other countries’ agricultural sector.

Back in September 2020, the Federation of Free Farmers and Action for Economic Reform presented studies showing that after the rice tariffication law was passed, there was a decline in palay prices.