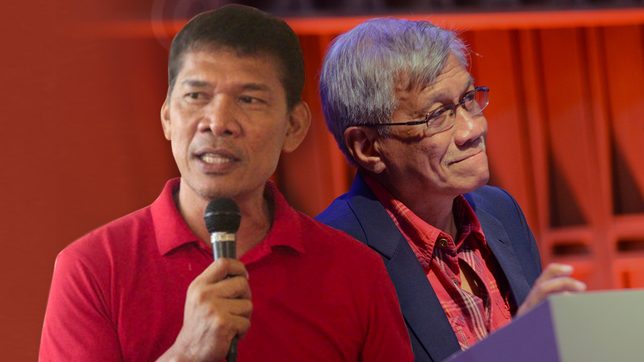 The tandem of Ka Leody de Guzman and Walden Bello on Saturday, October 23, unveiled their platform for the 2022 elections centered on growing the Philippine economy, reforming the political system, and fostering social development.

In an online press conference on Saturday, October 23, presidential aspirant De Guzman and his running mate Bello launched their “Bagong Politika, Bagong Ekonomiya (New Politics, New Economy)” platform that offers voters a glimpse of their programs should they be elected.

De Guzman said they are the only tandem offering a platform that seeks to challenge the interests of the rich.

(Our platform is the only platform in this election that is ready to confront the wealth, interests, and influence of the billionaires, who got even richer amid a pandemic and recession, while millions of Filipinos are locked in poverty.)

Their proposals include a P750-national minimum wage and the imposition of a “billionaire’s tax” on the country’s richest 250 families.

They are also proposing to end contractualization by mandating the direct hiring of employees, an immediate salary hike for healthcare and other COVID-19 frontliners, and access to free and quality health care for all.

Bello, co-coordinator of the Anti-Martial Law Coalition, said their platform offer the kind of reforms capable of stopping what he called the “Marcos-Duterte axis of evil,” referring to President Rodrigo Duterte who is allied with family of the late dictator Ferdinand Marcos.

Senator Bongbong Marcos, the late strongman’s son, is running for president in the 2022 elections.

“Our platform proves that we are the only force capable of stopping the Marcos-Duterte axis of evil and the only one with a comprehensive program for social transformation,” the vice presidential aspirant said.

They said they will “demilitarize society, uphold human rights, and punish mass-murderers and plunderers.”

They said they will do this by holding “accountable past and present public officials for their crimes against the public good, including the prosecution of Rodrigo Duterte and accomplices through the local judicial system and the International Criminal court for the thousands of extrajudicial killings during his term.”

The tandem also wants to facilitate the exhumation of remains of the late dictator Ferdinand Marcos at the Libingan ng mga Bayani. The highly contested hero’s burial of Marcos happened under the watch of President Rodrigo Duterte, a known ally of the Marcoses. (TIMELINE: The Marcos burial controversy)

They said they would also push for the repeal the 2020 anti-terrorism act – the subject of a number of petitions before the Supreme Court – as well as the unconditional resumption of peace talks with communist rebels.

De Guzman and Bello said they would also put an end to “the persecution of media outlets and guarantee the freedom of expression and right to information” and “significantly reduce the budget of all security-related and defense agencies relative to the budget for social services.”

Part of the tandem’s economic plan is to push for the repeal of the rice tariffication law, which lifted import restrictions on rice with hopes of making rice more affordable but instead caused a drop in local rice prices, affecting farmers.

The De Guzman-Bello tandem also wants to institute reforms in the political system. For their social development platforms, the tandem shared that they want to uphold climate justice and gender rights. De Guzman and Bello also want to facilitate the passage of the proposed measures on divorce, decriminalizing abortion, and same-sex marriage.

Below is the complete outline of De Guzman and Bello’s platform: The tandem was only introduced on Wednesday, October 20, after Bello announced his bid for the vice presidency, as De Guzman’s running mate. According to the tandem, they seek “to forward a comprehensive agenda not just for regime change but also systemic change.” – Rappler.com