Facebook Twitter Copy URL
Copied
Lanao del Sur is where Marcos Jr lost big to Vice President Leni Robredo. It's also home to many who were slain during the Marcos regime.

But six years later, the story will be different, at least according to the Governor Mamintal “Bombit” Alonto Adiong Jr.

(In the coming elections, Lanao del Sur is sure to give a landslide win [for Marcos Jr and Duterte]) 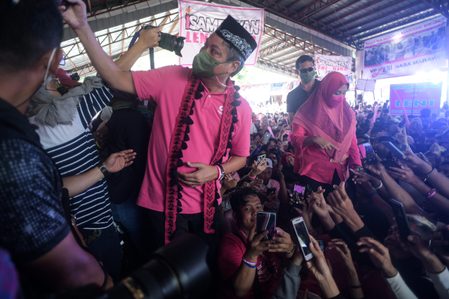 Uniteam is the alliance among four parties with Marcos Jr and Duterte as their standard bearers. The two are also election front runners, based on preference surveys.

In Lanao del Sur, the Uniteam has found an ally in Team Adiong, a slate led by the incumbent governor. During the March 31 rally, Adiong said 38 local government units and Marawi City, were represented – by either the re-electionist incumbent or a candidate under their slate.

(That means those LGU officials will help [Marcos Jr] and Inday Sara. The provincial government is solidly behind Marcos Jr and Sara Duterte.)

(We need to continue what President Rodrigo Duterte started. Knowing we’d have Inday Sara as vice president, we’d be sure that she’d continue what her father started.

President Duterte has not endorsed a presidential candidate, nor does he seem keen on doing so. Marcos Jr., however, is the pick for president of PDP-Laban, the party the President chairs. 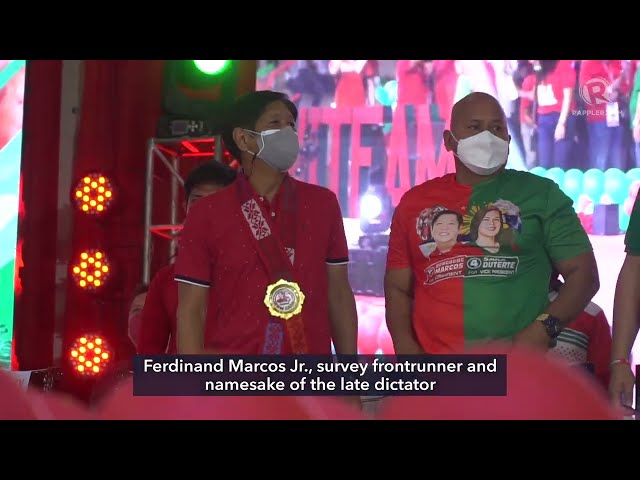 But Lanao del Sur counts many of its sons and daughters, including a former representative, as among those who stood up against the dictatorship of Marcos Jr’s father and namesake, the deposed dictator Ferdinand Marcos.

The province’s former representative, the late Rashid Lucman, called for the elder Marcos’ impeachment in 1968 following the infamous Jabidah massacre. During the Marcos regime, Muslim men from Sulu and Tawi-Tawi were recruited for a mission to reclaim Sabah. They were later killed in Corregidor island after they protested the harsh conditions of their training. Military men were court-martialed but eventually cleared. The Marcos government then claimed the Jabidah masscare did not happen – a lie that’s still being repeated today.

The massacre prompted Lucman to call for the older Marcos’s impeachment. Later, it convinced him that Muslims in Muslim Mindanao should self-rule. This eventually led to the creation of the Bangsa Moro Liberation Organization, which later merged with the Moro National Liberation Front. The MNLF is the precursor to the Moro Islamic Liberation Front, a group which now heads the Bangsamoro Autonomous Region in Muslim Mindanao.

Under the Marcos regime, Muslim-majority areas in Mindanao turned into “veritable killing fields.”

(I don’t look at the past. Because if we do that, we might not be able to handle what’s in front of us.)

He made the same assertion when asked about Marawi City residents’ dissent to Marcos Jr himself in the past – over his version of what was then the Bangsamoro Basic Law in 2015. It was a version critics called a “watered down” version of the original.

(We want to focus on the kind of future our fellow Maranaos and Lanao del Sur will have. I don’t want to dwell on the past because it’s done, we can no longer change it.)

To be sure, Lanao del Sur has many problems to face. In Marawi alone, there’s the problem of the city’s rehabilitation in the aftermath of a months-long war in 2017. Marcos Jr has said he sees no need to “prioritize” Marawi rehab since President Duterte had done it already. Rehabilitation efforts – especially for residents who lost their homes and property – is far from over. – Rappler.com