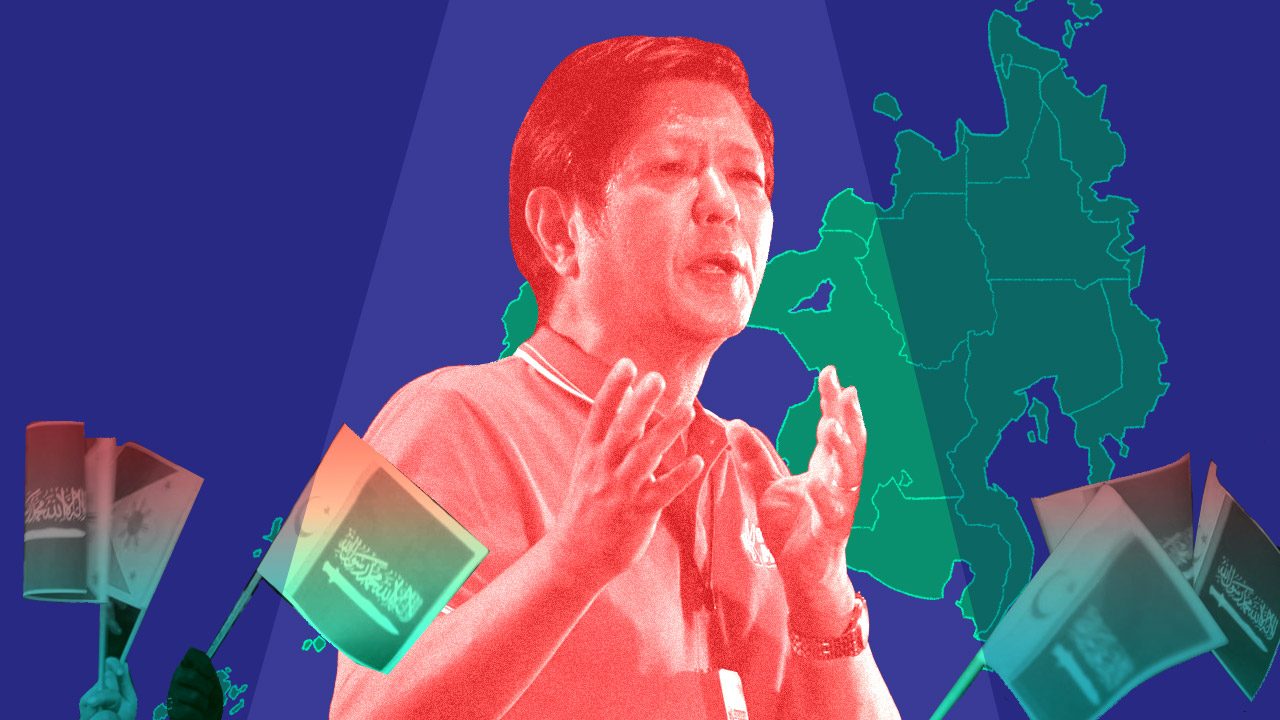 Facebook Twitter Copy URL
Copied
'In the span of Marcos’ military rule, Moro communities were destroyed and countless were killed, brutalized, and forced to leave their ancestral lands. This legacy lives on today...'

It was a Friday, an al-jumu’ah or the Islamic day of peace and mercy, where Muslims go to the mosque for the congregation prayer at around noon. It’s the big religious celebration of the week. Moros avoid doing anything on that day, least of all traveling, because it is believed that Allah cannot protect them on the day when they should only be professing their faith. Before the sambayan or the prayer, Mohammad (not his real name) dressed up in a malong to check on his cow. He thought he would have to move it under the shade to shield it from the scorching midday sun. He found the cow and held on to the rope, but before he could tie it around the animal, he was hit by a bolo multiple times into unconsciousness. It was 1973 in a quiet town in Mamasapano, and for Mohammad, that had marked years of fear and distrust from the military.

Moros who lived through Martial Law had similar things to say: men were killed and women were raped. In a year, the Palimbang massacre would attest to this. On the fourth day of Ramadhan in 1974, naval ships docked in Palimbang, Sultan Kudarat. The soldiers shelled out the town with artillery while huddling around 1,500 men from ages 11 to 70 whom they brought to Tacbil masjid. For over a month, unspeakable things happened inside the masjid. The men were starved and made to drink urine water. They were stripped of their clothes and forced to do lascivious acts which are grave sins against Allah. One of them was nailed to a cross portraying Jesus Christ. “They violated and trampled on our humanity and faith as Muslims,” a madrasah teacher who lived through the massacre as a teenager recalled. Some were brought to the shore to dig their graves and were then shot dead. Every day a handful people who had survived the torture inside the masjid would be brought out and shot one by one. Survivor accounts of women revealed that they were raped by the soldiers in front of their husbands, their fathers, and their sons. One woman was remembered to have slit her own throat with scissors after being brutalized by multiple men. Back in Mamasapano, Norhana (not her real name), who was 13 at the time, was hidden by her parents in their shanty in Bagumbong. She remembers being allowed a meager 5-kilo rice ration for every family because it was feared that anything more would be shared among the rebels. But it could not be her who dared to go out for their supplies. Her parents knew that while a mere trip to the sari-sari store endangers a man, worse things could happen to a woman.

The sins of the father

The Palimbang massacre was not an isolated case. Across the island, genocidal crimes were being committed on Moros in the dark years of Martial Law. In June of 1971, Manili residents in Carmen, North Cotabato gathered in the mosque with Christian groups. In what was supposed to be a negotiation of peace talks, men donned in Philippine Constabulary uniforms opened fire and murdered 70 Moros including women and children. After four months, in October 1971, another group of Moros were stopped at a military checkpoint in Tacub, Lanao del Norte after being turned away from voting. At least 40 Moros were recorded to have been shot dead by troops of the Philippine Army. In a decade, the Pata Island massacre would record an estimated 3,000 Tausug civilian deaths in months of artillery shelling by military forces in Sulu province.

These Muslim-dominated areas in Mindanao were veritable killing fields – all to eradicate the growing insurgency in the region. “Moro men were assumed to be rebels unless otherwise proven,” Mohammad recalled.

The Nur Misuari-led Moro National Liberation Front (MNLF) was increasing its tactical offensives at that time, which was partially used to justify the declaration of martial law in 1972. While the MNLF cited marginalization of Muslims in Mindanao, history remembers the Jabidah massacre of 1968, which Marcos swept under the rug, to have ignited the armed resistance of the separatist movement.

In the span of Marcos’ military rule, Moro communities were destroyed and countless were killed, brutalized, and forced to leave their ancestral lands. This legacy lives on today as Moro families continue to live in poverty, landlessness, and frustration from government neglect that push them to take up arms. The sins of the son

In his privilege speech in 2015, the then senator declared that he cannot support the Bangsamoro Basic Law. It was nothing short of extraordinary to have been able to embellish how barbaric he views Moros using his so-called thirst for peace. In a little over 20 minutes, Bongbong Marcos had painted Moros incapable of governing over their own land, people, and natural resources. He cited the clamor for autonomy as violative of the Constitution, pointing out that, “what is given to the Bangsamoro government is necessarily torn away from the government of the republic.” But power is not a zero-sum game, more so power that was stolen through decades of injustices. Sharing power is not giving it up. It is essentially handing power back to whom it belongs in the first place.

Perhaps his gravest sin, however, and one that should be taken as a warning of what a Marcos presidency will look like, is how blatantly he has denied the atrocities of his father’s military rule.

Three of Mohammad’s cousins were taken by the military and were never to be seen again. “Walang hustisya,” Mohammad shakes his head. The National Transitional Justice and Reconciliation Bill,  mandated by the Comprehensive Agreement on the Bangsamoro made between the Philippine government and MILF, has been delayed for seven years. This should have facilitated interventions to correct historical injustices committed on the Bangsamoro people, including those carried out during Martial Law. The outcry for justice continues to this day, but installing a Marcos in Malacañang will shut that door and lock it away, never to see the light of day.

[Newsstand] What we can expect from a Marcos Junior presidency Nineteen-year-old Saudi Daud observes that support for Bongbong Marcos is largely pulled from the youth demographic. “I can’t blame them. No one is around to talk about the atrocities that the dictator has committed on the Moros because Marcos killed them.” Often he feels frustrated for having to repeatedly remind his peers about Marcos’ blood debt among their people, but he does so with hope. “Hindi pa huli ang lahat. May oras pa para mag-aral at pag-isipan kung anong kinabukasan ang kaya nating pangarapin para sa Bangsamoro. Sa ating pagdedesisyon, parangalan natin ang mga nanay na nawalan ng anak, ang mga asawang nawalan ng asawa, ang mga anak na nawalan ng magulang,” he urges his fellow Moro youth.

The cottage where Mohammad and Norhana sat down to share their stories affords a view of the wide expanse of the green grass before a swamp that connects to the Allah river. In the middle of the field stands a large bamboo shack where young men are gathered. “Masakit ang pinagdaanan namin sa ilalim ni Marcos, at hindi namin kakayanin ang isa pa. Hindi mahuhugasan ang aming puso,” Mohammad ended.

This is the legacy that Marcos left in the Bangsamoro – poverty, hunger, and protracted conflict. – Rappler.com

Sasha Dalabajan and Haira Basalon work for a local nonprofit organization and are based in Cotabato City. They have seven years of combined professional experience in the development sector.