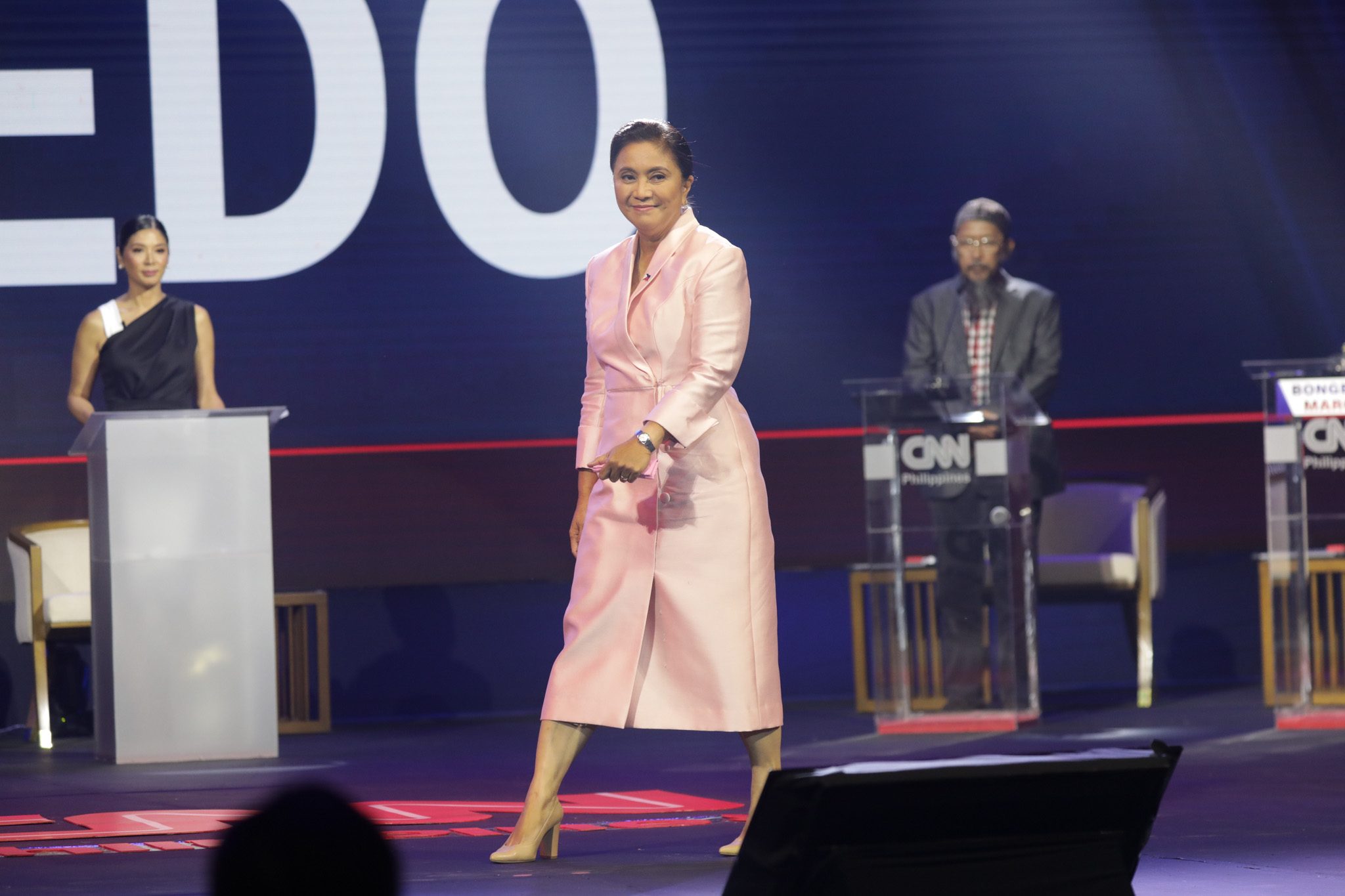 MANILA, Philippines – Vice President Leni Robredo was a standout – literally and figuratively – in the CNN Philippines presidential debate, where her clear grasp of the root causes of the nation’s ills and her capacity to lead in times of crises were made even more apparent.

Robredo shone the brightest on Sunday, February 27, when she used the “where were you in the aftermath of the coronavirus lockdown” question as an opportunity to remind Filipino voters of what she has done these past two years, under the pandemic.

Robredo blurted out one thing after another: free PPE sets, shuttle buses, dormitories, test kits, teleconsultation services, community marts, learning hubs, job platforms for the unemployed, and drive-through vaccination across cities and towns. She consulted with medical experts and used her radio show and social media accounts to spread key information about COVID-19.

Robredo had to speak much faster than usual to cite all of the Office of the Vice President’s (OVP) well-praised initiatives that she could within the 90-second time limit.

In modern Filipino parlance, dropping “resibo” or receipt means providing proof. During the debate, Robredo demonstrated that her push to lead a clean and excellent government that delivers isn’t just a mere campaign promise; she has already done it at the OVP. 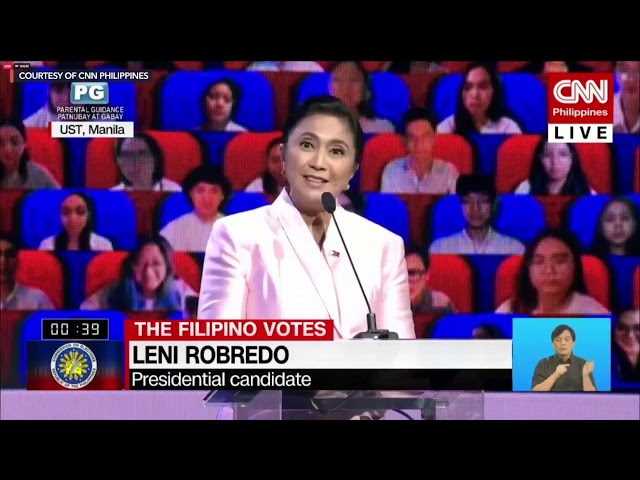 The Vice President took the same approach when asked about corruption, demonstrating how her clean track record speaks for itself.

She recalled that when she became Camarines Sur 3rd District congresswoman in 2013, she told people in her district that she isn’t interested to talk to anyone out to seek favors from her.

Robredo carried this good governance principle to the OVP, which has been receiving the highest rating from the Commission on Audit. This is an indication that all of OVP’s transactions have been above-board.

Robredo also took full advantage of the question on who she would appoint as Department of Health (DOH) chief.  She first described the non-negotiable qualities her DOH secretary must have, before elaborating how she has always been a hands-on leader.

This is an apparent swipe at President Rodrigo Duterte and a circle back to her earlier answer on the crippling pandemic that Duterte has been mismanaging since the first lockdown.

(As president, I will take the lead in ever crisis. We’ve seen during the pandemic that we need a president who would lead from the front. I cannot be that I would just wait for the report.)

She earlier said that one of the biggest tragedies of the pandemic was Duterte’s failure to take charge of the government’s response to the public health crisis. So frustrated was Robredo that she was even tempted in September 2021 to tell the President to just let her handle the pandemic response instead.

During the debate, Robredo also managed to land a knockout punch on survey frontrunner Ferdinand Marcos Jr. – who skipped the debate for a campaign sortie – saying that true leaders show up even in the most difficult times.

Robredo pulled off the perfect optics in the CNN Philippines debate, a huge improvement from the KBP forum where her stellar performance was marred by internet connection woes.

From the moment Robredo stepped out of her van at the University of Santo Tomas, she looked confident in her custom-designed coat dress in pink, her signature color for this high-stakes elections. Pinned on her left collar was a mini version of the Philippine flag. Her hair was pulled back in a slick, clean bun.

Robredo’s entire look was a standout onstage, even more so because she was the only woman in a presidential lineup filled with men.

Robredo stole the show even after the debate was closed. The Vice President was pictured walking barefoot on the way out of the debate venue, nursing what were possibly blisters on her feet after standing in heels for three hours.

“True leadership is stepping up and showing up…even if it means standing in heels for three hours,” Robredo tweeted.

In this round, the lady in pink was undoubtedly the scene stealer.