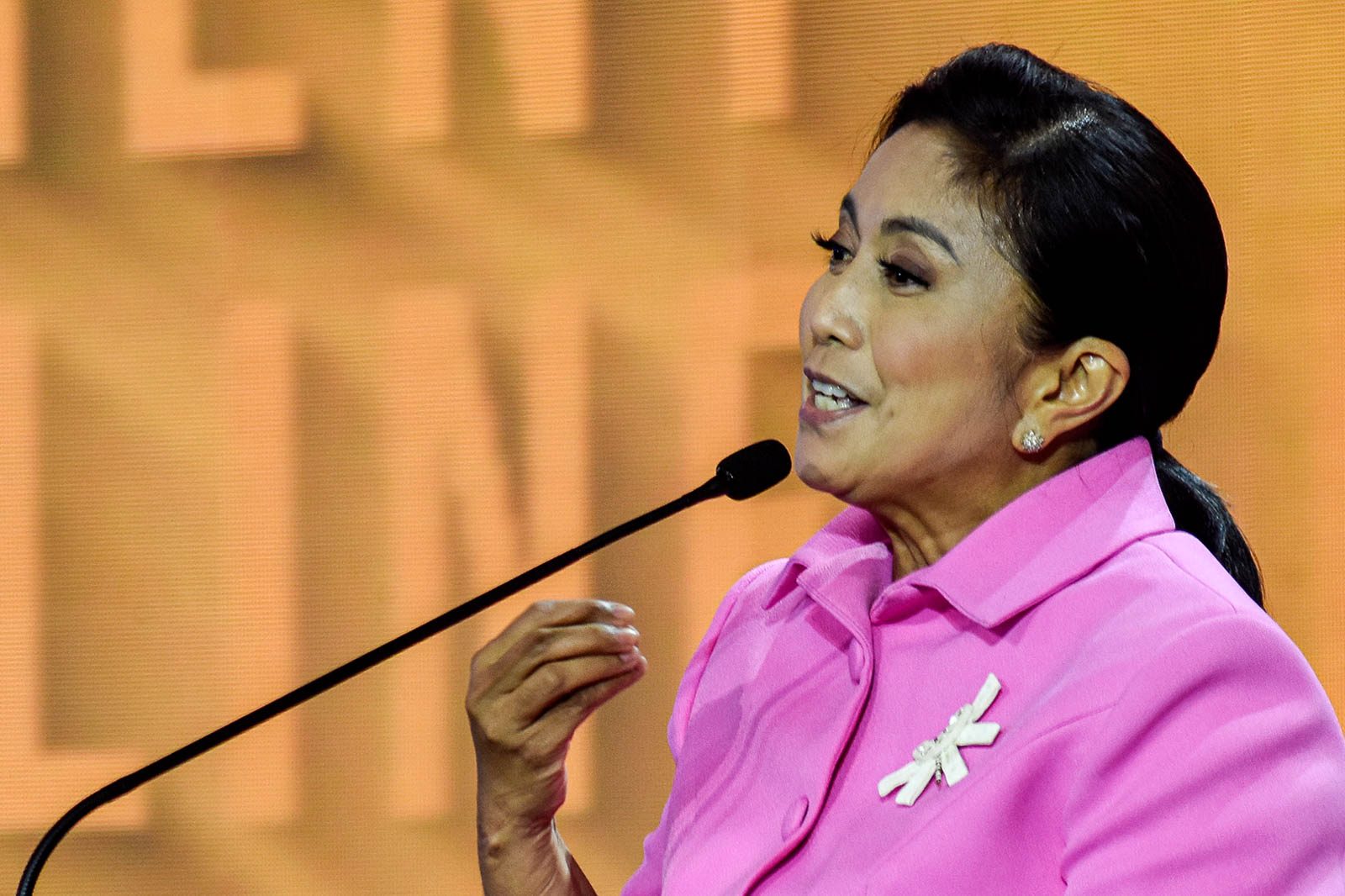 Vice President Leni Robredo speaks during the first Comelec Presidential Debates at the Sofitel Hotel in Pasay City on March 19, 2022.

Facebook Twitter Copy URL
Copied
The statement from the surviving Constitutional Convention members says the Philippines needs 'a tried and tested leader who is capable, caring, sincere, focused, and most of all Godly, who does not steal and does not lie'

In a statement on Sunday, March 20, 13 of the surviving members of the 1971 to 1972 Constitutional Convention endorsed Vice President Leni Robredo for president, giving their “unconditional and total support” for her in the upcoming elections.

The 13 are listed as the following:

The Constitutional Convention from 1971 to 1972 is significant in Philippine history as it was held right before dictator Ferdinand Marcos declared Martial Law in September 1972. When Marcos declared military rule, he had 11 opposition members of the convention arrested – among the thousands who were detained under his dictatorship.

The statement acknowledged the many challenges a leader has to face in today’s climate, from addressing the pandemic to stimulating economic recovery and fighting graft and corruption in the country.

“To address and face up to these formidable challenges, we need a tried and tested leader who is capable, caring, sincere, focused, and most of all Godly, who does not steal and does not lie,” the statement says.

It concludes, “Only Leni Robredo, a lawyer, who presents a concrete action program, with an unblemished government track record of absolute honesty and integrity, a true public servant for the poor as proven by her many projects for the downtrodden and the least of society, meets and fits the highest credentials for the presidency.”