Facebook Twitter Copy URL
Copied
(1st UPDATE) The two are the first to launch their presidential and vice presidential bids for 2022. They belong to different political parties.

Senator Panfilo Lacson and Senate President Vicente Sotto III are the first tandem to formally announce their presidential and vice presidential bids for the 2022 Philippines elections.

Their candidacy announcement, which took place on Wednesday, September 8, was the first in Philippine history to be taped and edited before airing. Dressed casually in plaid shirts and jeans, the two spoke to a combination of a live audience and video call viewers due to the COVID-19 pandemic.

What did Lacson and Sotto do before setting their sights on the two highest positions in the country? Get to know the potential presidential and vice presidential candidates. 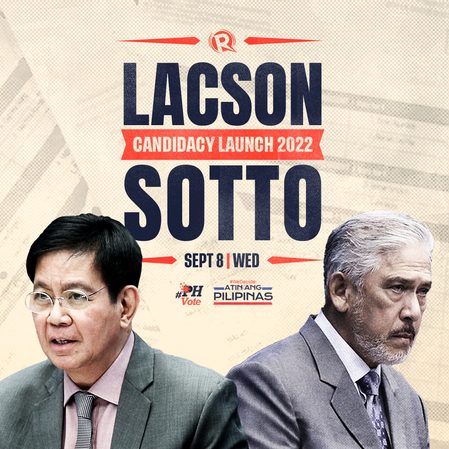