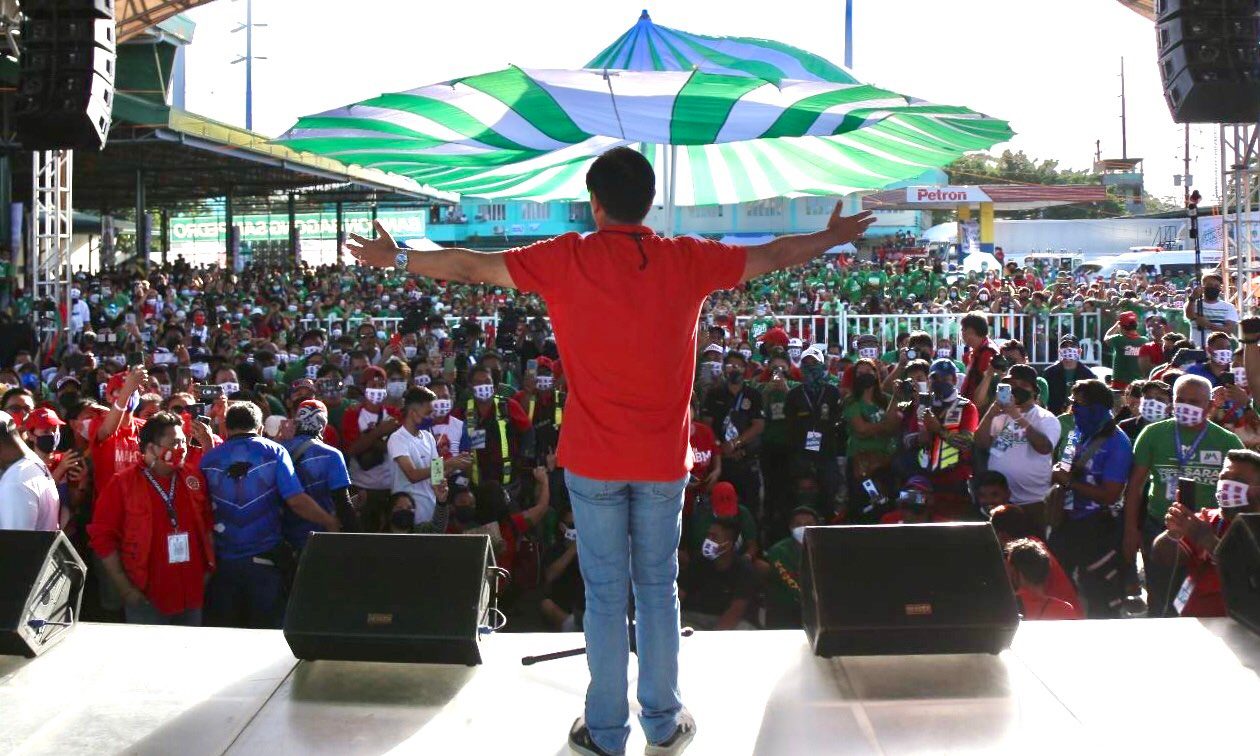 MARCOS APPEAL. Partido Federal ng Pilipinas standard-bearer Ferdinand 'Bongbong' Marcos Jr. urges his supporters in Laguna to embrace and spread the message of unity that serves as the very foundation for the nation's economic recovery and eventual sustainable progress.

Ferdinand “Bongbong” Marcos Jr. has an underdog narrative going for him that boosts his “charisma,” said his close ally and Narvacan, Ilocos Sur Mayor Chavit Singson, and add to that a controlled media exposure, you’d get a candidate leading the surveys.

(That’s the main difference with his father: his father didn’t back down. You dared him, he would fight you. But Bongbong is very understanding, approachable, he has a different charisma.)

Marcos’ candidacy is heavily opposed especially by activists who had formed the group Campaign Against the Return of the Marcoses and Martial Law (CARMMA). There are so far eight petitions against his candidacy with the Commission on Elections, some of them filed by victims of human rights abuses during his father’s Martial Law dictatorship. 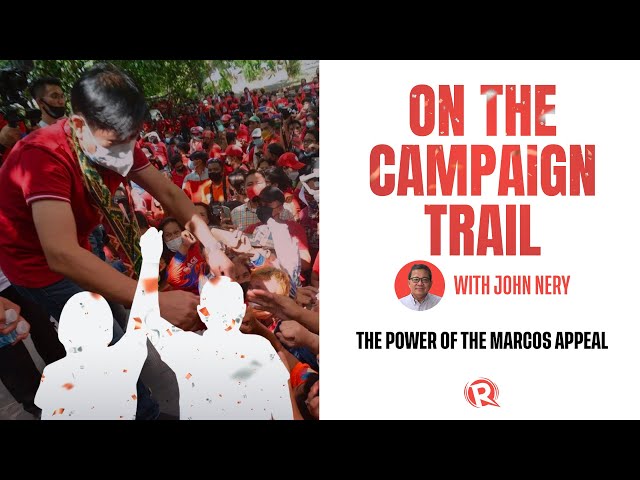 Sociologist Ash Presto said that while Marcos himself doesn’t engage in tense debates over his achievements as a public servant and the record of abuses and corruption during the dictatorship, his supporters – real or bots – do.

With that war being fought by his supporters online and offline, Marcos has a controlled media exposure, Presto noted.

“He has very limited interviews with credible media, and I wonder why that’s the case. The interviews that appear on YouTube are interviews with vloggers and influencers with obviously fed questions…. It’s as if Marcos just has to repeat motherhood statements, avoid follow-up questions, and expect that the magic apple will fall right into his mouth,” said Presto.

Since launching his presidential bid, Marcos has highlighted a key message of unification, refuses to indulge the face-off narrative with Vice President Leni Robredo, and leaves the spicy comments against “yellow political assassins” to his spokesperson Vic Rodriguez.

A strategy of silence is also the behavior of a frontrunner, said journalist John Nery, adding that if Marcos were in the bottom of the surveys, he’d be the first to chase media exposure. 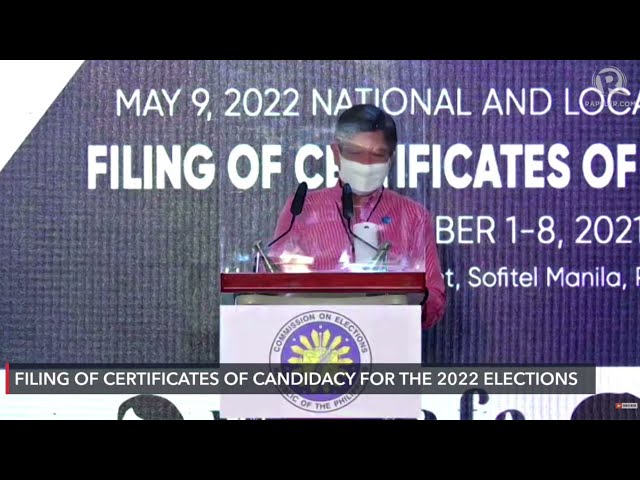 Singson said he believes Marcos will join all the debates next year.

In the 2016 elections, Marcos skipped the vice presidential debate organized by ABS-CBN – a network that was closed down during his father’s Martial Law – after he was grilled on corruption and human rights violations in a previous debate. Marcos had said then that it was because of a conflict of schedule.

Journalist Frank Cimatu, who’s from the North, said Bongbong’s media exposure has been “cultivated” from the start, the son always appearing beside his father to instill an image “that he’s the heir apparent.”

“Talagang nandoon na ‘yung destiny (It’s like they made it a destiny), then if you notice, even if he’s quiet now, the Duterte public intellectuals like Thinking Pinoy are now Bongbong’s army, they’re the ones talking about Marcos,” said Cimatu.

Singson is the president of the League of Municipalities of the Philippines (LMP). LMP has been holding regional conventions, but he claimed he’s not campaigning for Marcos and sealing support from local officials.

(I told the mayors, ‘Many have approached me but I won’t decide until I have consulted you….’ But majority of the regions support Bongbong Marcos and Sara Duterte.) – Rappler.com