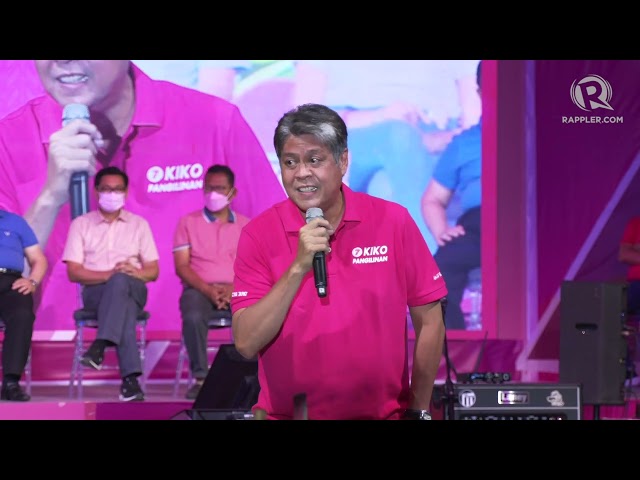 While Pangilinan is running under the Liberal Party’s banner, Robredo, though LP chair, is running as an independent candidate. Pangilinan was announced as Robredo’s running mate at the last minute, or during the filing of certificates of candidacy in October 2021.

Pangilinan, a farmers’ and fishers’ advocate, described lifting a heavy bayong (big woven bag) to illustrate how their tandem’s government would bring the masses out of the depths of society.

(If the bag is heavy, where will you hold it, at the top or the bottom? It must be at the bottom, because if you lift it at the top, it will break. The things inside will fall out. But if you carry from the bottom, you will bring everything up and along with you. This is what we’ll do. We’ll put the ones at the bottom first.)