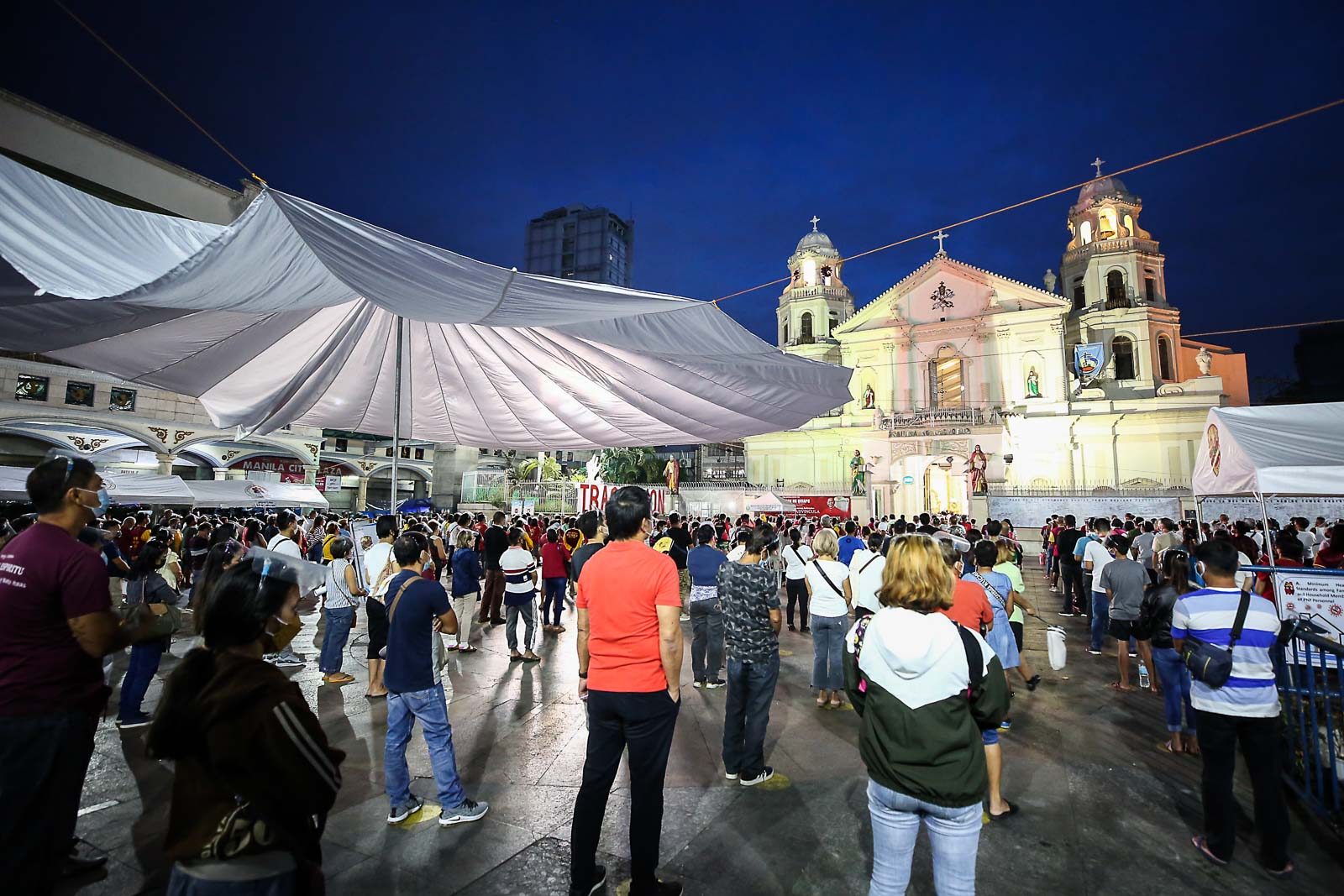 Facebook Twitter Copy URL
Copied
Among institutions, it's the religious sector and the academe that Filipinos trust the most

An online and offline year-long study that attempts to measure trust in key institutions found that Filipinos trust religious leaders, journalists, and media personalities the most.

Among the institutions it studied, the same survey found that Filipinos trust the Church and the academe the most.

Dubbed the “Philippine Trust Index,” the study by communications firm the EON Group gauges trust in six key institutions: the government, the business sector, the media, non-governmental organizations, the Church, and the academe. The study “listened in” on online talk from August 2020 to August 2021 and held a nationwide, in-person survey covering 800 individuals from August to September 2021.

EON said it found a “significant difference in the perceptions of institutional trustworthiness” between scans online and on-ground surveys.

The results of the study were launched virtually and distributed to media via executive summary on Wednesday, November 24.

Whom do people trust?

Scientists and medical professionals tied with national leaders at 77% total trust, while “people in my local community” ranked seventh with 73% total trust.

The respondents’ employers and business leaders were last, with 66% total trust percentages each.

Following a trend since the 2017 version of the story, the Church as an institution enjoyed 91% total trust, with trust levels the highest among “baby boomers.” Younger generations seemed to still trust the Church as much, with individuals from Gen X, Millennials, and Gen Z registering upwards of 50% “extreme trust” in the Church.

An online scan on sentiments on the Church found most expressions to be “neutral,” since most online users were merely expressing their “faith and beliefs.”

Interestingly, however, aside from expressions on their faith, conversations about the Church touched on vaccines (20%, according to the study) because of online users who expressed anti-vaccine stances because “God will provide [for them],” the study said.

And while respondents said they trusted media personalities the most next to religious leaders, it was the academe that was the second most trusted institutions (90% total trust).

Online conversations about the academe concerned mostly changes brought about by the pandemic, including online classes. The K-12 curriculum was also a top topic of discussion online.

The 2021 study also found trust in the academe to be driven by belief in their contribution to the development of the Philippines’ human capital, its high ethical standards, and its role as a “major source of innovation that contributes to economic growth and development.”

Trust in the media was at 76% total trust and was lowest among baby boomers and millennials (71% total trust each). The EON study noted that online, there was “significant distrust (26%)” over “initial coverage of COVID-19 vaccines” that was seen as “sensationalized and biased.”

Still, the top driver for trust in media was its ability to be present during “natural disasters, calamities, pandemics.” Respondents also said they trusted media because of brand advertisements and its ability to “provide assistance to those seeking redress for their grievances.”

Trust in non-governmental organizations hit 70% total trust, a rise from the 2019 study (only 37% total trust).

Trust in government, meanwhile, stayed steady from 2019 at 76% total trust, with “survival and safety concerns” as top drivers of trust in the government.

It was the business world that the lowest total trust rating (66%) in the 2021 study. – Rappler.com