President Ferdinand Marcos Jr is sworn in as the 17th President of the Philippines, at the National Museum of Fine Arts on June 30, 2022.

MANILA, Philippines – The Philippines is still without chiefs for several crucial posts, including that of the health department, as the first full week of the Marcos presidency begins.

The Cabinet – the so-called alter-egos of the President – are typically complete by noon of June 30, when the new President’s term officially begins.

When President Ferdinand Marcos Jr. began his six-year term on Thursday, June 30, he was also without a foreign affairs Secretary. The post was filled by July 1, when he swore in career diplomat Enrique Manalo as the country’s top diplomat next to the President. 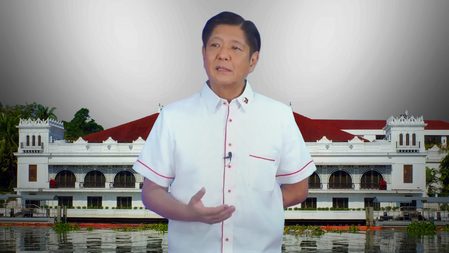 (We have not been told of a deadline. But what we know is that candidates for these posts undergo intense scrutiny.)

Pressed on the delay in announcing a health chief – just as coronavirus infections seemed to be on the rise again – Angeles pointed to the need to “evaluate” candidates properly.

“The President is quite aware and in fact one of the priorities is managing the effects of this pandemic. So you must also understand that this is so important. They must look very closely and carefully at the candidates,” she added.

Angeles said she had no information if the post had been offered to anybody. The transition process – from what was then the outgoing administration of Rodrigo Duterte to the then-incoming Marcos administration – began shortly after Marcos and his running mate Vice President Sara Duterte won the May 9 elections, although they were only proclaimed as official winners of the 2022 race in late May.

Departments and offices with no appointed chiefs will be led by officers-in-charge, or by the “next-in-rank” and most senior official, according to Memorandum Circular 1 signed by Executive Secretary Vic Rodriguez.

The Palace has yet to announce when the first Cabinet meeting will be held. The presidents immediately preceding Marcos – Duterte and the late Benigno Aquino III – first convened their Cabinets the same day they were sworn into office.

The newly-inaugurated President has so far met with several diplomats or the contingents that flew in to witness his inauguration. He has also met with Department of Agriculture (DA) officials as the head of the department. – Rappler.com