FAREWELL, PNOY. The ashes of former president Benigno "Noynoy" Aquino III arrives at the GESU Church of the Ateneo de Manila University for a public viewing on Friday, June 25, 2021.

The Philippines’ 15th president died peacefully in his sleep on Thursday morning, June 24, due to renal disease secondary to diabetes.

In a statement on Thursday, June 25, former president Gloria Macapagal Arroyo said that aside from his achievements, Aquino will be remembered as part of the Aquino family that has contributed “three important people to the history of our nation, Senator Ninoy Aquino and our 11th and 15th presidents, Cory and Noynoy Aquino.”

“My family and I join the Filipino people in prayers and sympathy on the passing of former president Benigno Aquino III,” she added.

It was under the Aquino administration that Arroyo was arrested and detained due to her alleged involvement in the P360-million Philippine Charity Sweepstakes Office intelligence fund scam. The Supreme Court acquitted her in July 2016, three weeks into the Duterte administration.

(I and the whole nation are saddened by the passing of former president Benigno “Noynoy” Aquino III. My sincere condolences to the Aquino family. At this moment, my only prayer is for the Lord to grant you strength. Farewell, PNoy!)

Both Arroyo and Estrada sent funeral wreaths to Aquino’s wake at the Church of Gesù in Ateneo de Manila University, Quezon City, on Friday, June 25.

Former president Fidel V. Ramos sent a letter of condolence and flowers to the Aquino family, according to a source close to the Ramos family. The flags in front of the Ramos home had also been flown at half-mast, in honor of Aquino.

Former Cabinet members of Aquino also paid tribute to the late president, with former finance secretary Purisima describing him as a “transformational” leader whose “conviction shone the brightest in the most difficult times.” 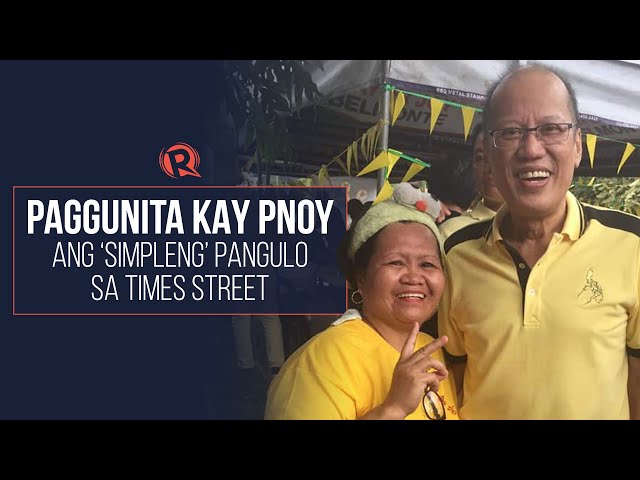 Aquino’s wake is open for public viewing at the Ateneo de Manila University’s Church of the Gesu from 10 am to 10 pm only on Friday. – Rappler.com

Erap back in ICU due to lung infection, says son